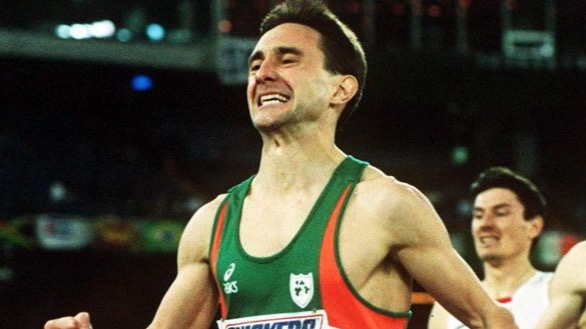 In honor of St. Patrick’s Day, FloTrack  takes a look back at the Top 10 performances by Irish athletes at the IAAF World Indoor Championships. Leevale athletes Marcus O’Sullivan & Derval O’Rourke are ranked 1, 2, 3 & 5.

After breaking the national record in the heats, the team of Rob Daly, Gary Ryan, David Gillick and David McCarthy was elevated to third place in Budapest behind Jamaica and Russia after the U.S. was disqualified for dropping the baton. 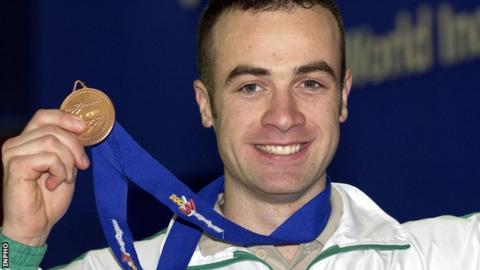 McKee won his semifinal heat in Birmingham, clocking a national-record 46.64, before going on to tie Jamie Baulch of Great Britain for third in 45.99. 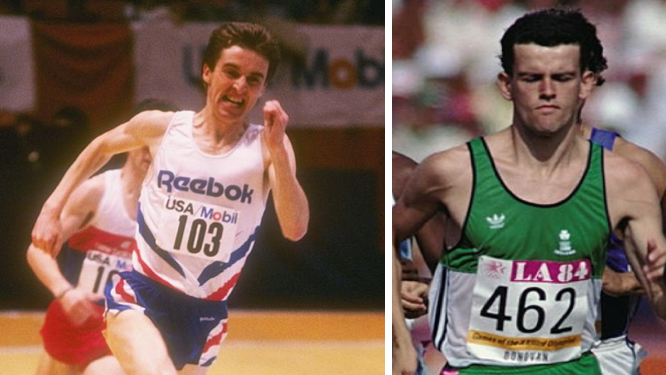 We’re going to roll two performances into one here as O’Mara and Donovan dueled to the finish in Indianapolis, with O’Mara taking the win in 8:03.32 and Donovan finishing a step behind in 8:03.89.

One of the most endearing middle distance rivalries of the decade continued in Paris where O’Sullivan and Romania’s Gabriela Szabo engaged in one of their many classic duels. Szabo prevailed in 8:45.75 while O’Sullivan took second in a national-record  8:46.19. 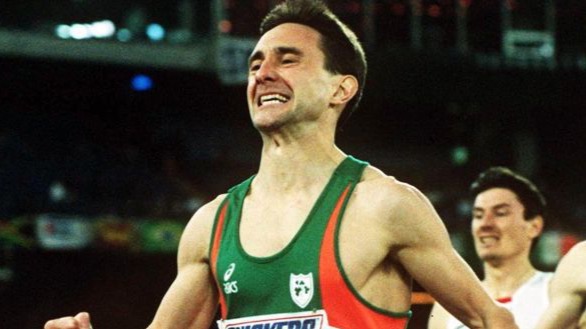 At age 31, O’Sullivan picked up his third and final World Indoor title in Toronto, prevailing in a tight finish in 3:45.00. In total, five men crossed in under 3:46.

Four years after winning his first title, O’Mara grabbed his second gold in Seville, winning in a championship-record 7:41.14.

O’Sullivan wins the first of his three World Indoor titles, outkicking Jose Manuel Abascal of Spain down the stretch to win in a championship-record 3:39.04.

Prior to O’Rourke’s victory in Moscow, Irish women had gone nearly a decade between World Indoor gold medalists. It was also Ireland’s first title in a women’s sprint event.

O’Sullivan repeated as world champ in Budapest, lowering his own championship record by nearly three seconds to 3:36.64.