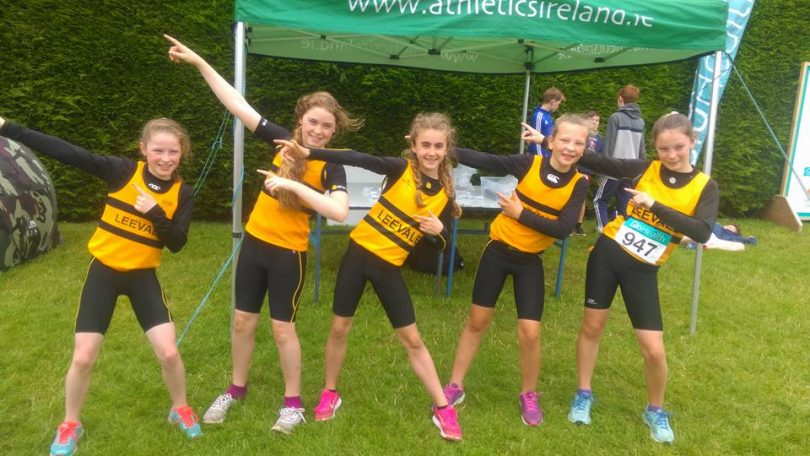 Leevale was the top club at the All Ireland U12-19 relay championships held in a showery Tullamore on Saturday. Leevale took 3 titles which included one championship best performance (CBP) and also took one silver and two bronzes.

The outstanding team of the day was the Boys U15 4x100m team who incredibly shaved over 1 second off the CBP. The team of Wymin Sivakumar, Robert Twomey, Shane Aherne and Daniel Hurley followed a CBP of 46.97s in their heat with an outstanding display of high speed baton exchanging in the final to set another CBP of 46.54s. Daniel and Robert later joined forces with Conor Morey and Ryan O’Leary to take the U16 title impressively in 46.26s.

The girls U13 team of Ella Scott, Caitlin Hennessy, Ciara O’Mahony and Kate Long were comfortable winners of the girls U13 title in a time of 54.30s.

The boys U12 team of James Burke, Conor O’Sullivan, John Cashman and Kyle Ettoh finished 2nd in a very close finish. The boys U13 team of Conor Callinan, Sean Condon, Alex Ademola and Harry Nevin finished 3rd. Conor and Harry later joined with Joseph Higgins and Reece Ademola to take bronze in the U14 event.