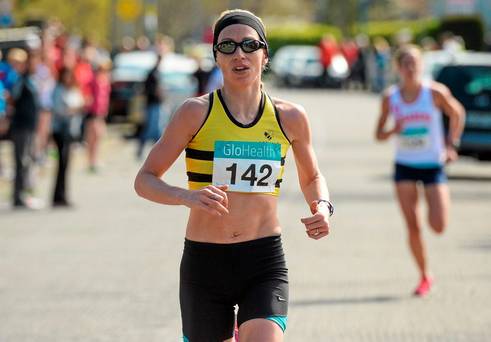 Lizzie Lee will compete in the World Half Marathon Championships in Cardiff tomorrow (Saturday). Some of the world’s best distance runners will descend on Cardiff for the 22nd edition of the championships which are returning to the UK for the first time since 2009.

Lizzie’s race gets underway at 1:30pm and BBC will provide live coverage of the event, with commentary by Steve Cram and Paula Radcliffe.

Britain’s double Olympic champion Mo Farah makes his debut in the event as he continues his preparations for Rio 2016. He will be up against Kenya’s reigning world champion Geoffrey Kamworor and Eritrean world record holder Zersenay Tadese, while Kenya’s Gladys Cherono attempts to defend her title in the women’s race.