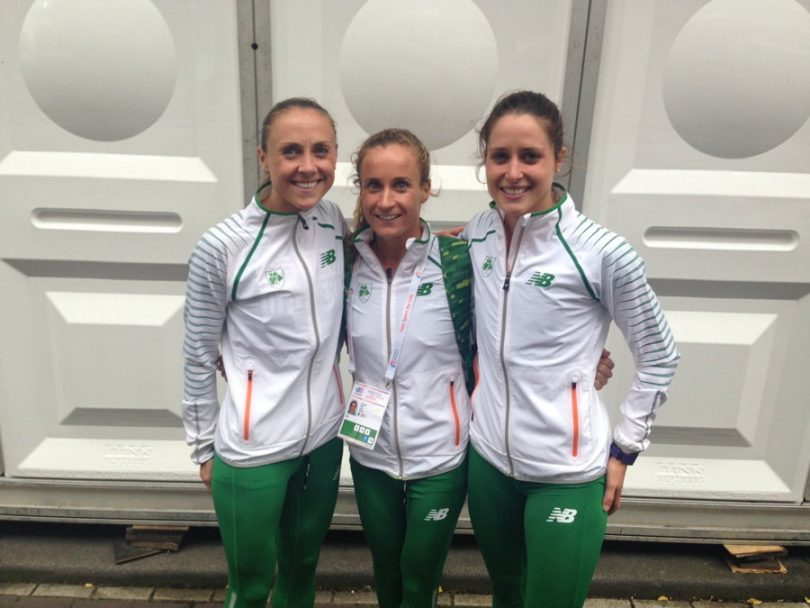 The Irish team at the European T&F Championships in Amsterdam included no fewer than three athletes, Michelle Finn (Leevale), Sara Treacy (Dunboyne) and Kerry O’Flaherty (Newcastle), and it was a historic day for the Irish steeplechasers as all three athletes made it through to the European final. Michelle finished fourth in a season’s best of 9:45.93 in the first heat of the 3000m steeplechase with the first five to qualify automatically for the final on Sunday. Michelle came through strongly and was well pleased with her effort. “I ran much better than my earlier races this season and coped better with the number of athletes around the barriers,” said Finn. “I feel remarkably good afterwards so we’ll see what happens in the final.”

Sara Treacy and Kerry O’Flaherty were pitted against each other in the second heat and both came through strongly to advance to the final.