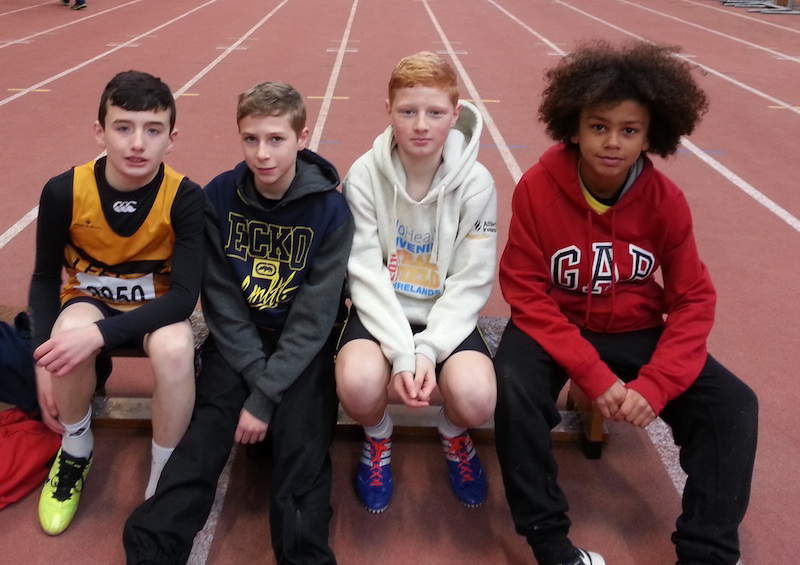 The Munster juvenile combined events championships were held in Nenagh over the weekend with a team of 13 Leevale athletes taking part. For all athletes the events provided an opportunity to brush off the cobwebs at the start of the indoor season for their strong events and to test themselves at some less familiar individual events.

All Leevale athletes performed excellently in a competition that was of a very high standard.

Reece Ademola won the boys u14 pentathlon with the highlight being a massive 1.65m clearance in the high jump which is a new Munster championship record for that event. Hugh Collins finished in 4th overall, a mere 3 points outside of the medals. Hugh was hugely impressive in winning the 60m hurdles in 9.71s and was competing in the high jump and shot events for the first time.

Sean Condon finish 2nd in the boys u13 pentathlon. In what was a tremendous all round performance, Sean placed in the top 3 in all 5 events (60m hurdles, LJ, shot, HJ and 800m) and finished with a dominant victory in the 800m.  Sean was closely followed by Vaughan Ryan who finished in 5th overall, only 60 points outside the medals. This was an excellent performance especially considering he was competing in some events for the first time. Also in the u13 pentathlon, Alex Ademola dominated the shot putt event with a best throw of 8.58m.

Tommy Connolly produced a storming 800m to secure 3rd place in the boy’s u15 pentathlon having already posted PBs in the previous 4 events. John Forde finished in 5th overall in an extremely competitive boys u16 pentathlon. James Burke performed excellently to finish 6th overall in the boys u12 pentathlon and performed very competitively in the shot and high jump events which we was doing for the first time. 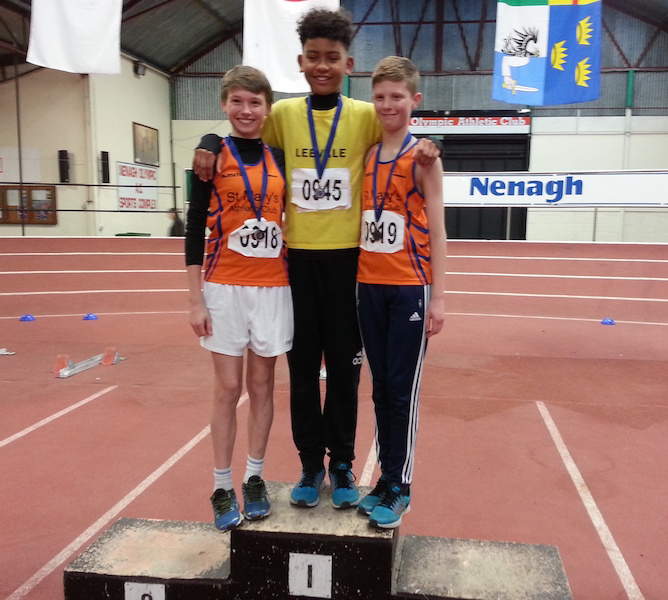 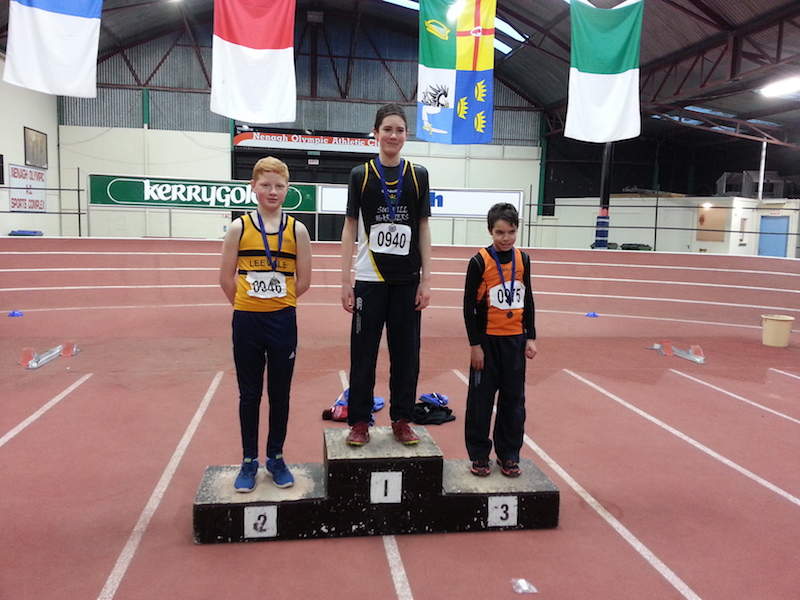 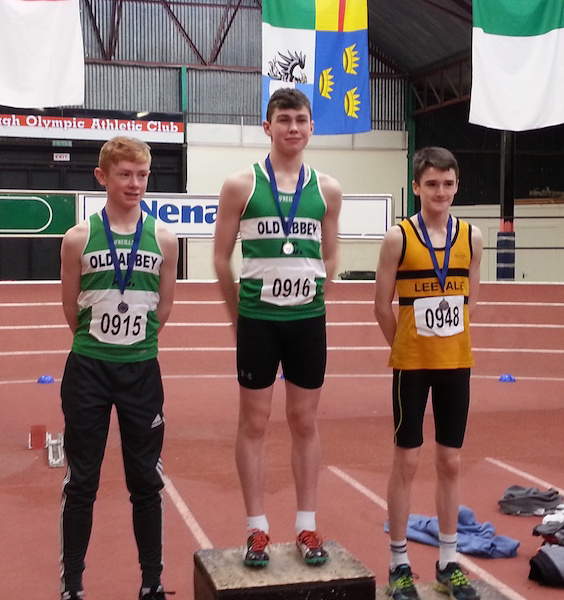 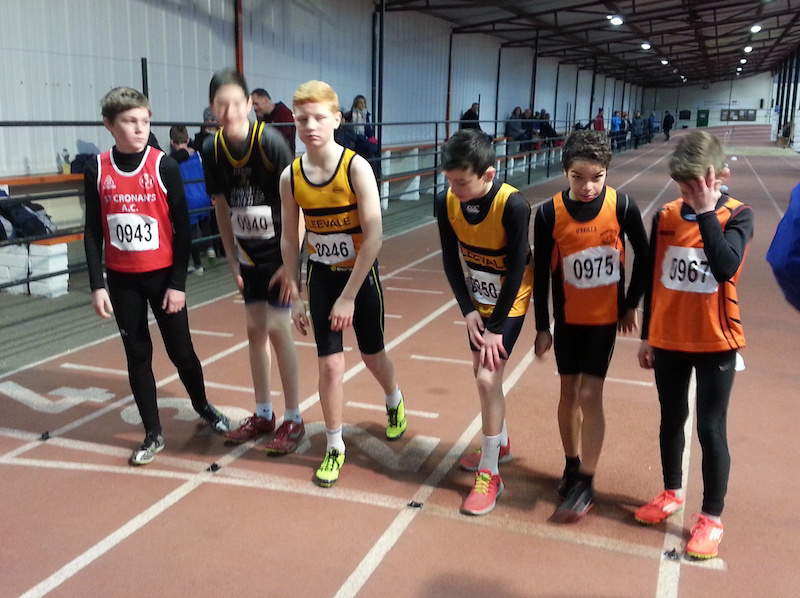 Also on the programme was the Senior Mens 5K walk, where Alex Wright finished second to Rob Heffernan in 19:51.26.