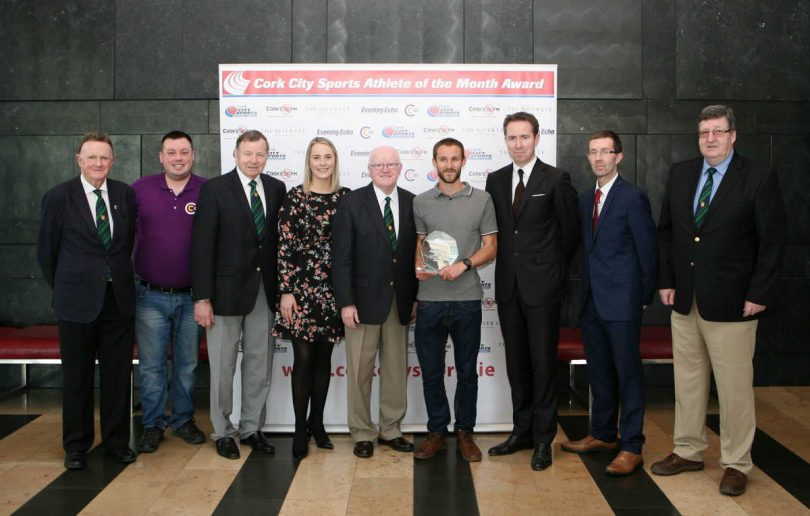 On January 28th last, in Bratislava, Alex set a World Leading Time, with a 5m race walk win against a strong International Field. In February, he followed this performance when he won the 5km Race Walk, at the AAI Games, in AIT Indoor Arena in Athlone, in a personal best, and then set a new National Record at the Athletics Ireland National Record of 18:50.70, and, in the process, breaking Rob Heffernan’s previous record of 18:51.46, set in 2008.  Alex has already qualified for both 20k and 50k Race Walks at this year’s World Championships, in London.

Alex thanked the Cork City Sports for the ongoing support and award. He also thanked the sponsors; The River Lee, The Evening Echo, 96FM & C103FM and LeisureWorld.

Leevale AC is proud to announce that we have added a 10K walk to our senior programme at Leevale 2017, high will be held at CIT on May 6th.