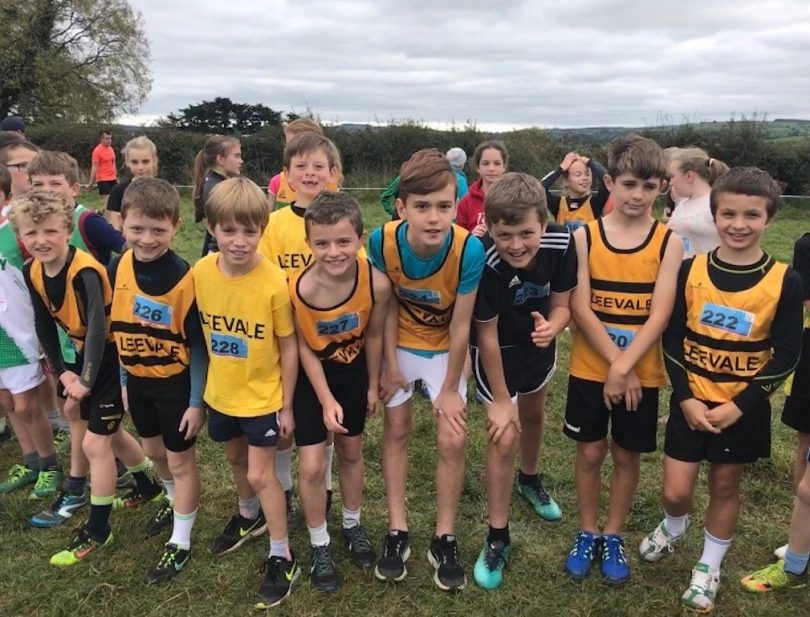 Day two of the Cork County Juvenile Cross Country Championships for the uneven age group were held in Conna on Sunday.
There were great performance from Leevale juvenile athletes. In the boys U9 Nathan Coffey was the 1st Leevale boy in 5th place. The girls U9 team were led in by Jessie Cunningham. The girls U11 was led in by Simone Looney in 11th place
The boys U11 was led in by Christopher Harrington followed by Cian Power who had a fantastic run; Cian also came up an age group. The team were just 20 points outside of the medals.
The girls U13 team came 2nd, lead by Nicole Dinan who was the overall winner of the race. Nicole also won her U12 age group the week before. Also on the team were Aine Power in 7th, Katie O’Keeffe 8th & Marie Hynes McLaughlin in 9th.
The boys U13 were led in by Sam O’Riordan.  The boys U15 was led in by Zach Dinan (brother of Nicole) in 2nd place with the U15 getting team gold. Daniel Buckley, who ran an age up came 5th, Ben Velon 13th & Alan Harrington 14th made up the winning team.
The girls U15 were led in by Patrice Holmes; the team had a fantastic display although missing a 4th member to sickness, ran a very good race especially seeing it’s their first cross country race.
The girls U17 team were victorious with Alannah Neff coming 2nd & leading the team to gold. Rhona Pierce caem 3rd, Emma Bickerdike 6th & Kaitlyn Coffey 11th made up the winning team.
Just a week after winning the BU16 race, Tommy Connolly returned to take victory in the BU17 race. 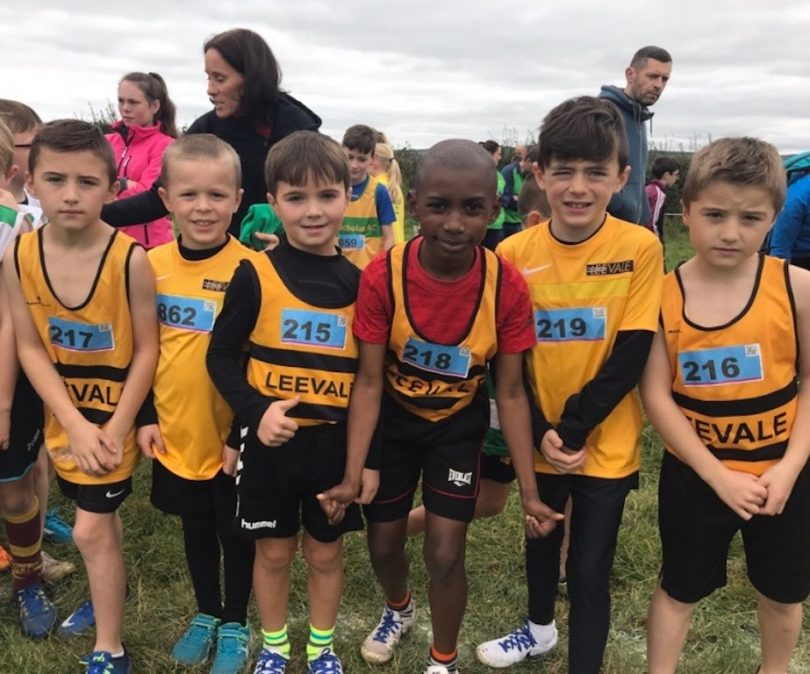 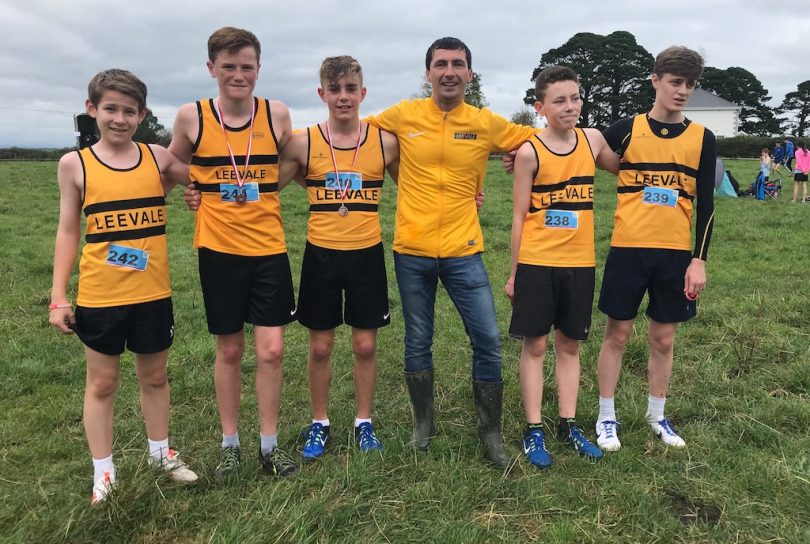 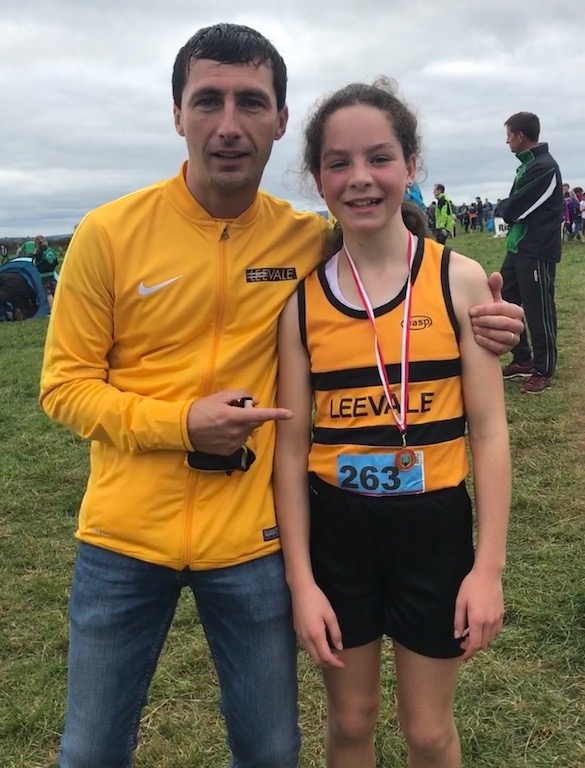 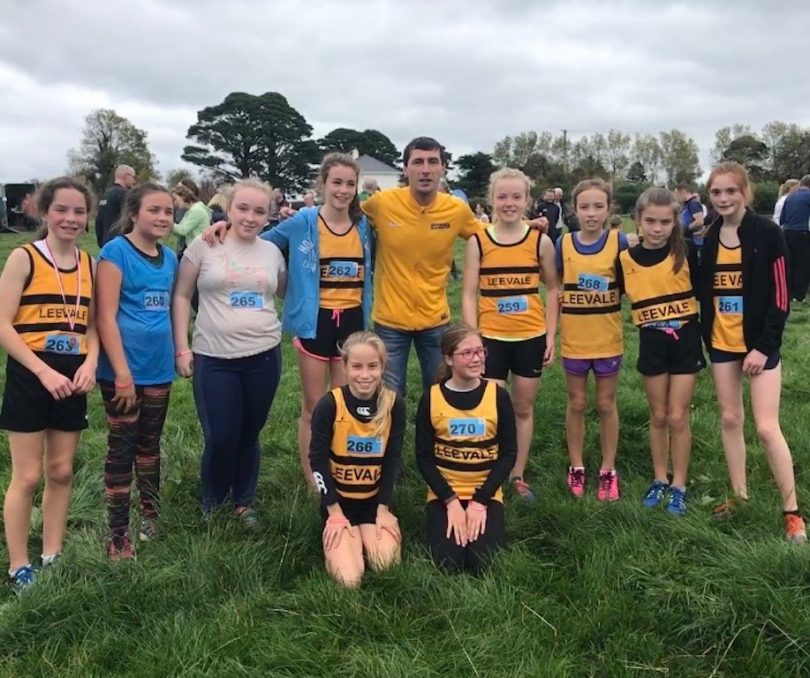 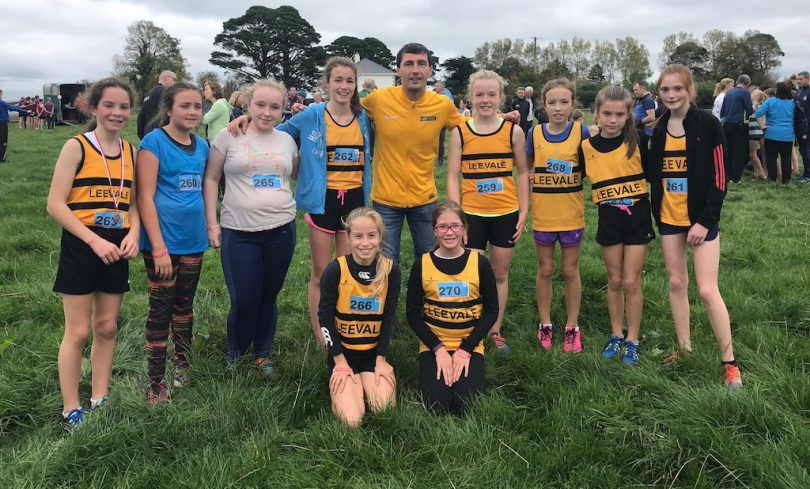 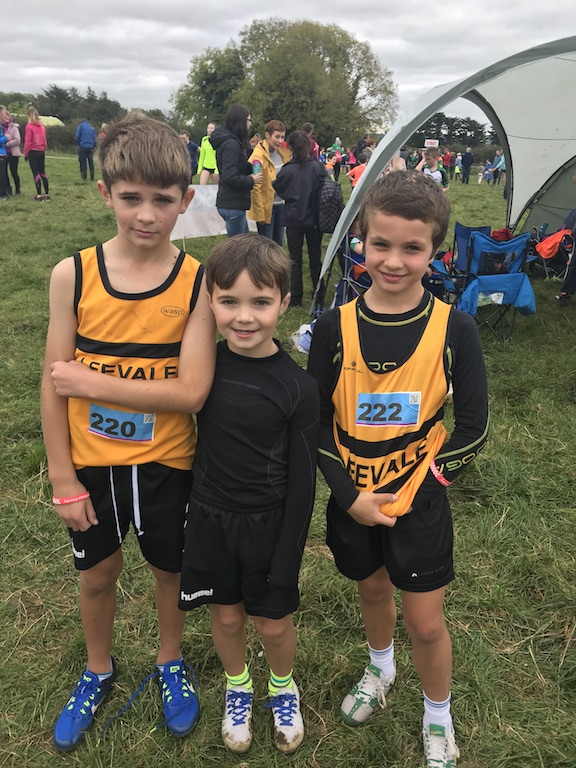 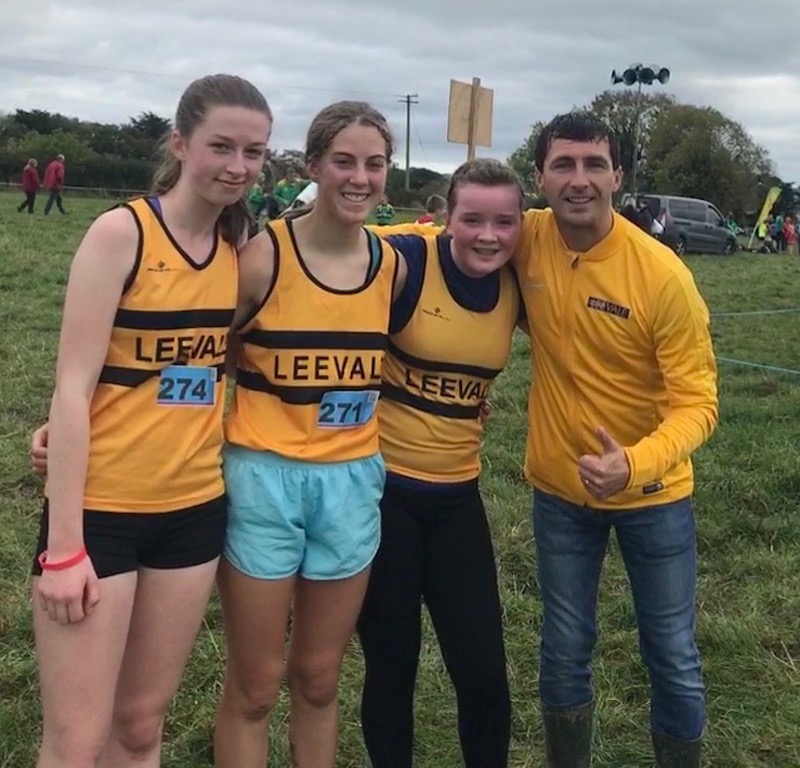 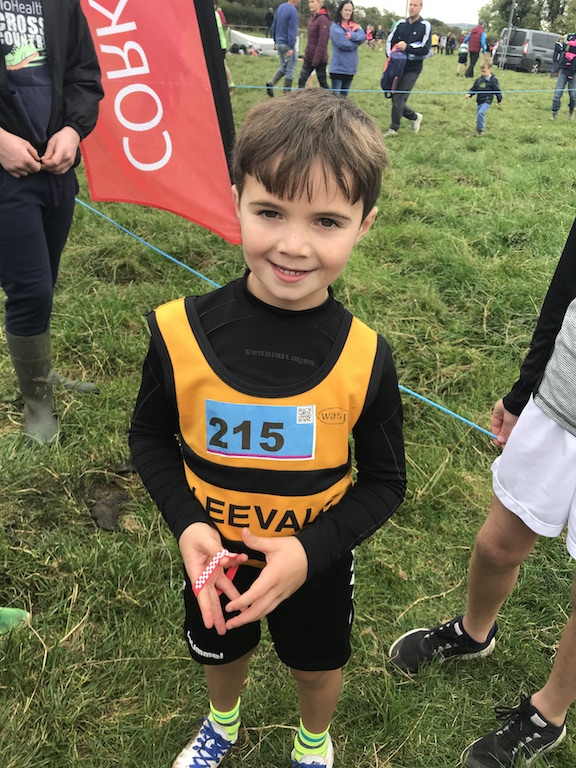 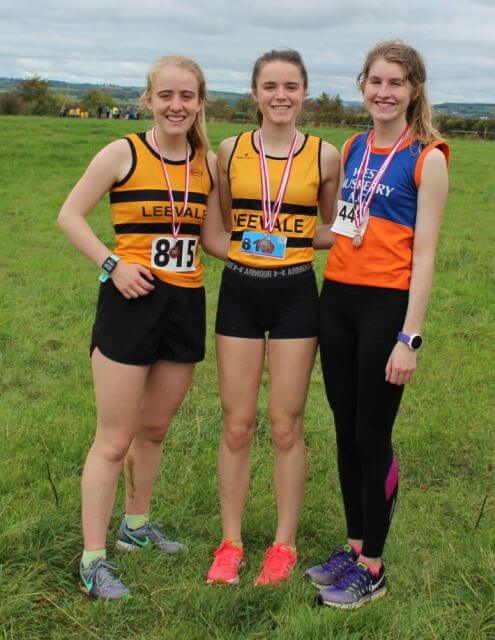