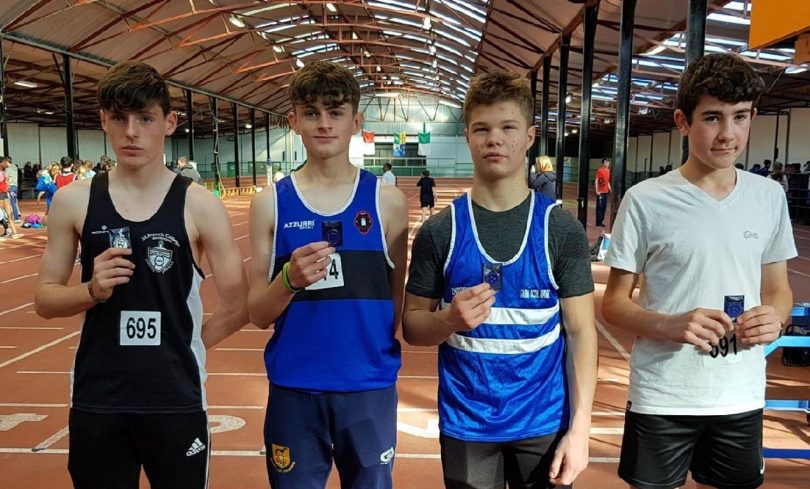 Harry Nevin was the standout athlete on show, winning the Minor boys pentathlon with a fantastic championship best performance of 2857 points, over 500 points ahead of his nearest competitor. Harry had dominant individual victories in the 60m hurdles (8.93s), 200m (25.1s) and 800m (2:17.9), combined with leap of 5.52m in the long jump and a shot putt PB of 11.10m. Also in the minor event, Joseph Higgins, Colin Murphy and Conor Callinan finished well up the leaderboard producing many PBs between them.

Wymin Sivakumar took silver in the Inter boys pentathlon with a score of 2864 points, the highlight being a very impressive 8.46s in the 60m hurdles in his first race over 3ft barriers.

Aisling, Emily, Wymin and Harry have all qualified to represent their schools in the Irish Schools combined events to be held in Athlone on 28th October.