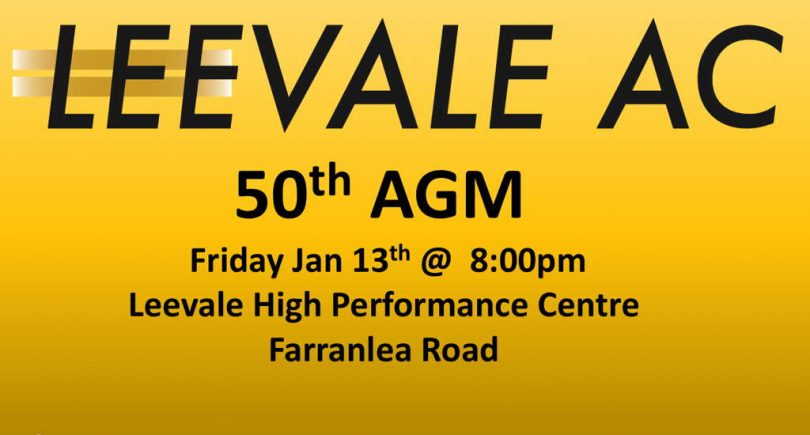 The 50th Annual General Meeting of Leevale AC will be held on Friday 13th  January, at 8pm sharp in the new High Performance Centre on Farranlea Road.

Members will be given a guided tour of the new High Performance Centre and the committee will outline how the new facility will operate.

After a very successful 2016 it is important to ensure that we have strutures in place to further improve in 2017.

NOMINATIONS:  2017 nomination sheet for the election of officers and committee members can be downloaded here. In order to be eligible for election, a member must be nominated by two ordinary members of the club. Every club member is expected to exercise their vote and complete the nomination sheet. Completed nomination sheets can be handed back to any of the officers of the club or emailed to secretary@leevale.org

NOTE: Due to the increased activities and work loads in the club a number of new positions have been created.

MOTION: If you wish to submit a motion for consideration, please email it to secretary@leevale.org