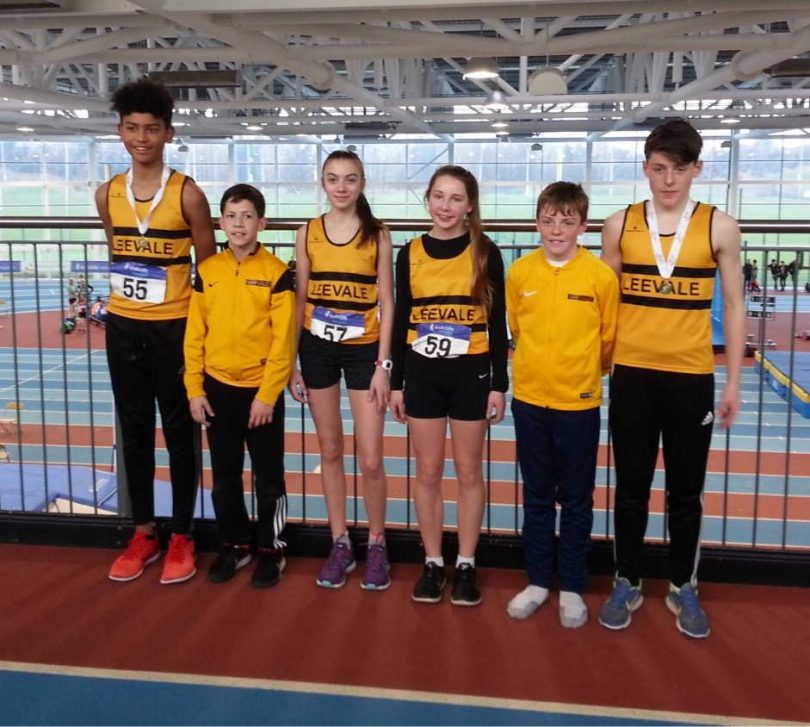 Leevale athletes were in outstanding form at the national juvenile combined events championships held in Athlone.

Harry Nevin was the star performer producing an incredible series of performances in breaking Reece Ademola’s championship best performance from last year, when winning the U14 pentathlon with a fantastic score of 2892 points. Harry started the day with a super-fast run of 9.02s in the 60m hurdles. This hurdles event had to be re-run after the initial race was run over 2ft3 barriers in error (which Harry won in 8.89s). Harry proceeded to dominate the remaining 4 events with a LJ of 5.21m, HJ of 1.54m, shot of 10.93m and 800m in 2:24.24, all personal best performances.

Harry was joined in the U14 event by club mates Colin Murphy and Conor Calnan who produced several personal bests to finish in 6th and 8th respectively.

Reece Ademola was also in record-breaking form, setting a CBP of 2752 when dominating the U15 pentathlon. Reece had individual victories in the 60m hurdles in 9.44s, long jump 5.30m and high jump 1.69m.

Emily Wall and Sara Zia Buckley finished in 6th and 15th place in an ultra-competitive girls U15 pentathlon in scores of 2500 and 1949. Emily was the individual winner of the 60m hurdles in a swift 9.69s. 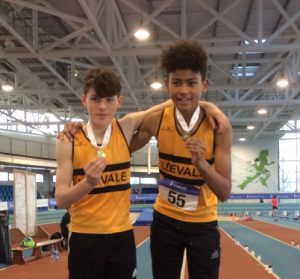 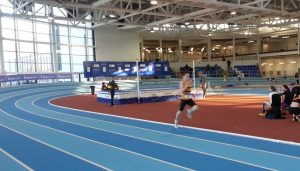 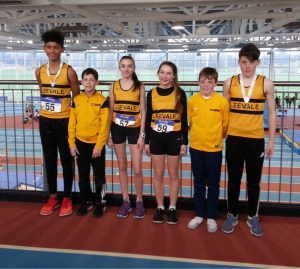 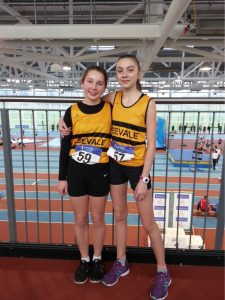 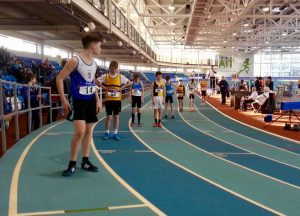 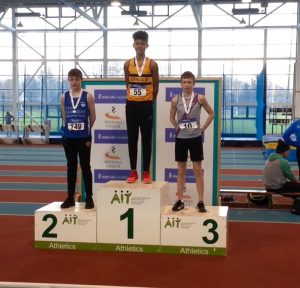