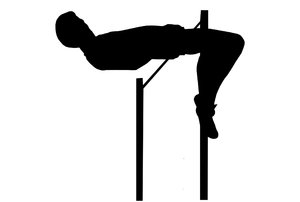 Leevale athletes had a successful outing at the Munster Junior Championships held in pleasant conditions in the Waterford Regional Sports centre on Saturday.

Andre Christie won the men’s hammer (6kg) with a fine throw of 55.43m. Padraig O’Callaghan took 3rd position in the same event with a throw of 44.39m.

Katie Moynihan moved up a weight to the 500g javelin to take the women’s javelin with a throw of 36.15m.

Hannah Murphy finished 2nd in the women’s high jump with a clearance of 1.60m.

A small group of young Leevale competed in the Munster Juvenile Combined Events Championships held at the same venue on Saturday. All performed excellently with many taking the opportunity to test themselves in less familiar disciplines.

John Cashman finished a close 2nd in the boy’s U12 pentathlon with a final score of 1332 points. John was a clear winner of the individual 80m event in a fast 10.96s.

Sara Zia Buckley put a very good series of events together to take silver in the girls U15 pentathlon with a score of 2180 points.

Okwu Backari took 3rd in the girls U12 pentathlon in 1248 points followed closely by Fatima Amusa who finished just outside the medals.