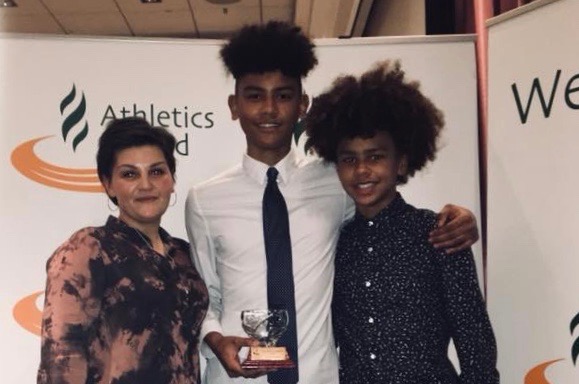 The young Irish stars of Track & Field enjoyed a great night of celebrations on Saturday night last when the Juvenile Star Awards Banquet took place in the Tullamore Court Hotel.

Recently retired Irish Athletics Team Manager Patsy McGonagle was the special guest speaker on the night and he delivered an inspirational talk for the young athletes prior to the awards ceremony. Athletics Ireland President Georgina Drumm also encouraged the young athletes to make the best of their talent.

The Juvenile Star Awards Banquet brought into focus many of the outstanding young athletes – one from each county in Ireland.

Reece Ademola was presented with a juvenile star award for his outstanding achievements in 2017.  Reece also accepted the Drifter Trophy on behalf of Leevale AC. The Drifter Trophy is presented to the best overall Juvenile T&F club; this is the second year in succession which Leevale has won this prestigious award.