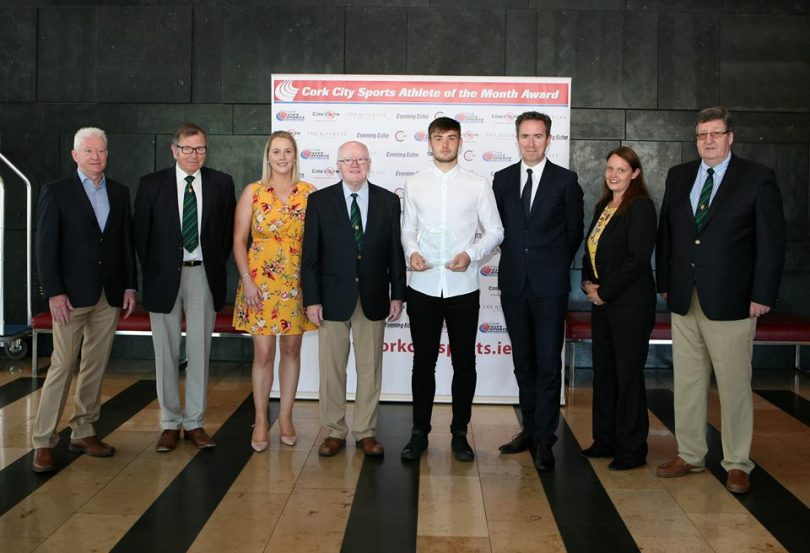 Conor Morey, Leevale AC, is the Cork City Sports Athlete of the Month for April 2017. Conor is an up and coming sprinter coached by Derek Coffey. Competing at the Munster Junior T&F Championships in Waterford on April 22nd, Conor had a clean sweep, winning the 100m in 11.18 seconds  and 200m in 22.48 seconds.

Earlier in the month on April 7th, Conor anchored the Leevale boys under 18 and boys under 19  4x200m relay teams to victory in the Athletics Ireland indoor relay championships.

Conor has also been selected as one of the 23 athletes to represent Ireland at the European U18 Championships in Gyor, Hungary (July 5-8).