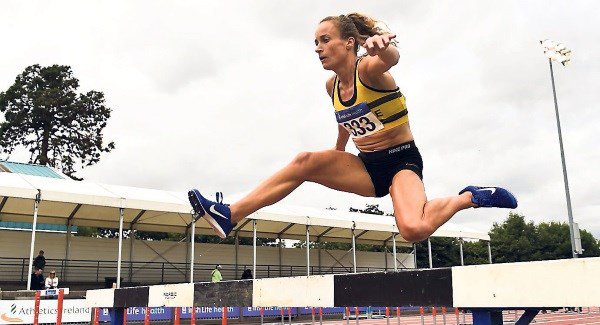 Having spent most of the season wearing a boot due to a stress fracture, qualifying for the European Championships seemed a long shot for Michelle Finn. She lined up at the start of the 3000m steeplechase at Athletics Ireland T&F Championships with one shot of running a second B standard, sub 9:55.  In not ideal breezy conditions Michelle went for it, running from the front, pacing herself perfectly to win in a time 9:46.19, thus ensuring her selection for the European Championships.

Article by Cathal Dennehy from the Irish Examiner

Michelle now joins Lizzie Lee and Alex Wright who have already qualified for Berlin. Unfortunately Claire McCarthy who had ben selected to compete in teh marathon has had to withdraw due to a foo injury.

Dave Tierney represented Leevale throwers at the championships. In the 56lbs weight for distance Dave took silver with a throw of 8.12m. He finished just outside the medals in fourth with 13.93m. Dave was looking very good in the weight for height competition before the competition was postponed for safety reasons when the upright was blown over in the high winds.  The competition will be completed during the National League final.

Kaodi Ogbene earned a place in the men’s 100m final, running a very respectable time of 11.10 against a 2.1m headwind. 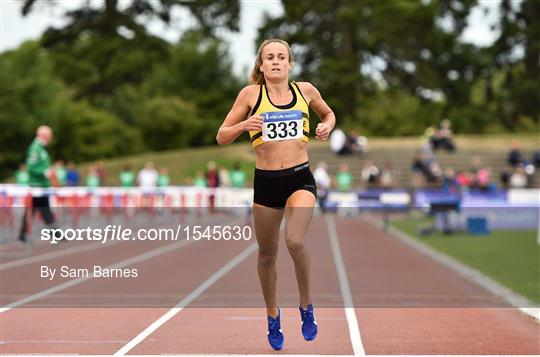 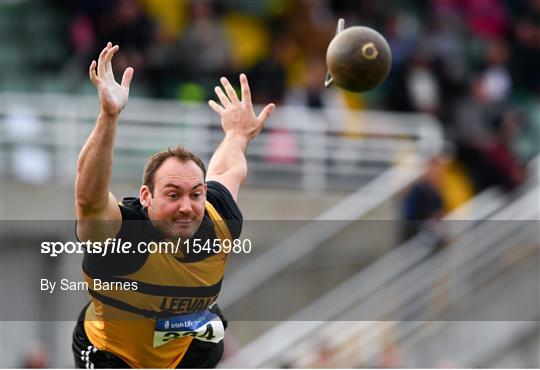 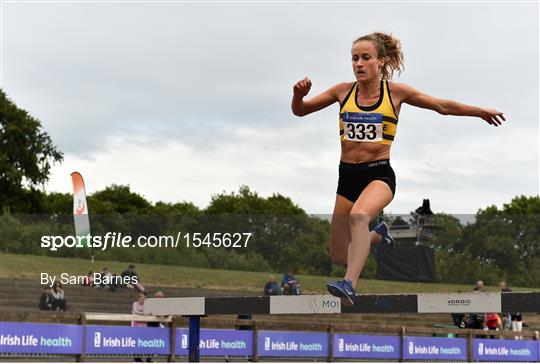 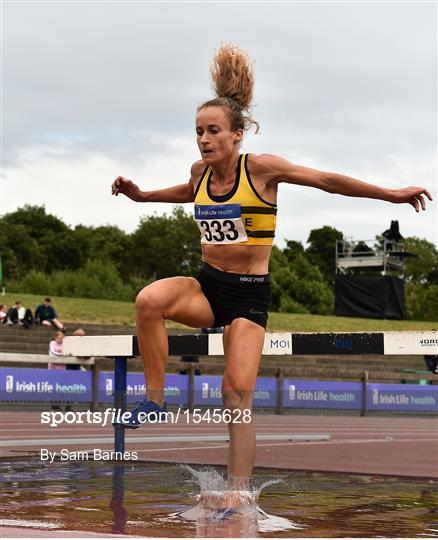 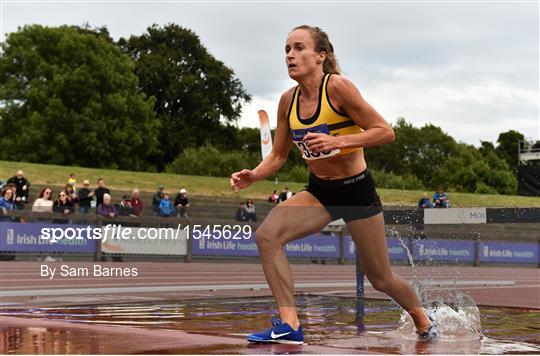 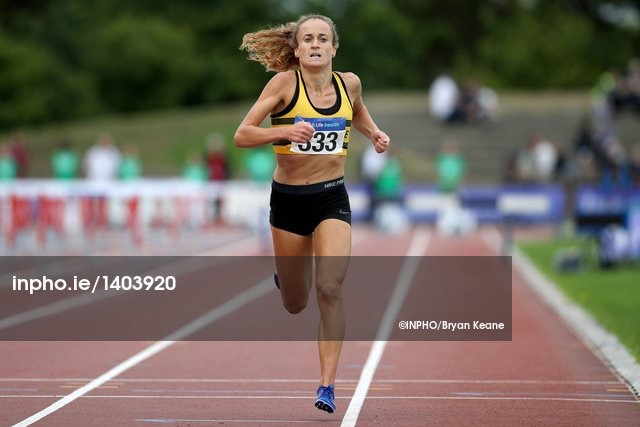 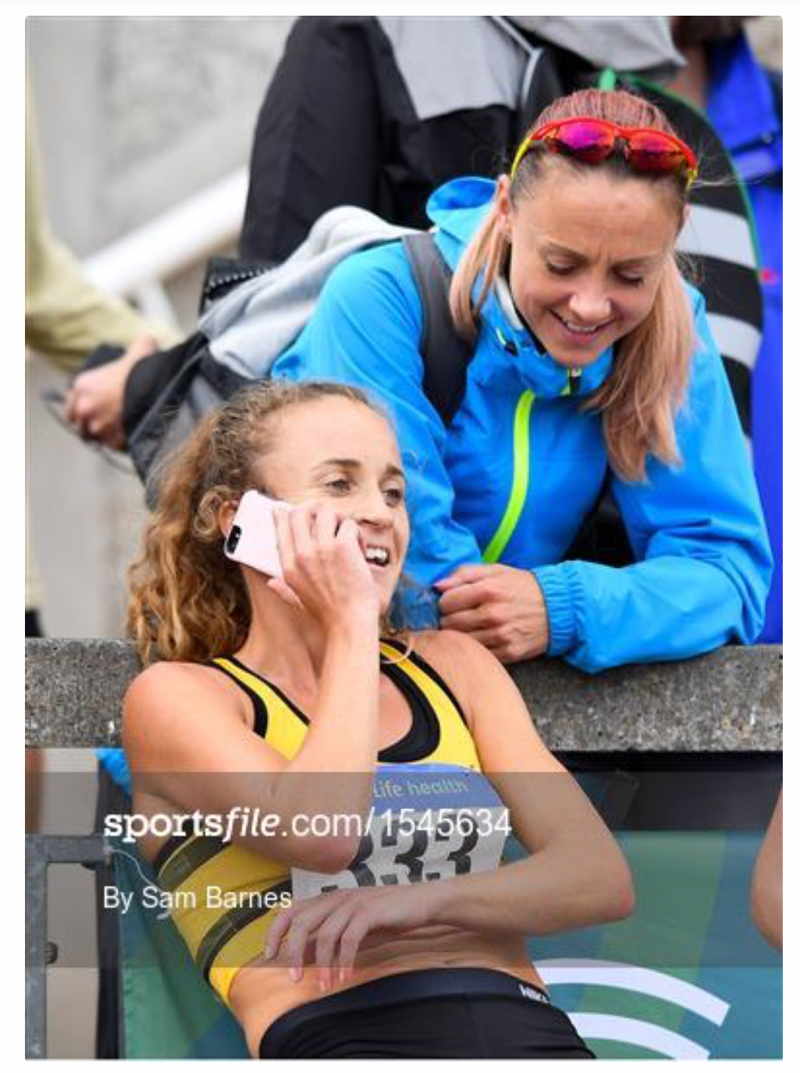 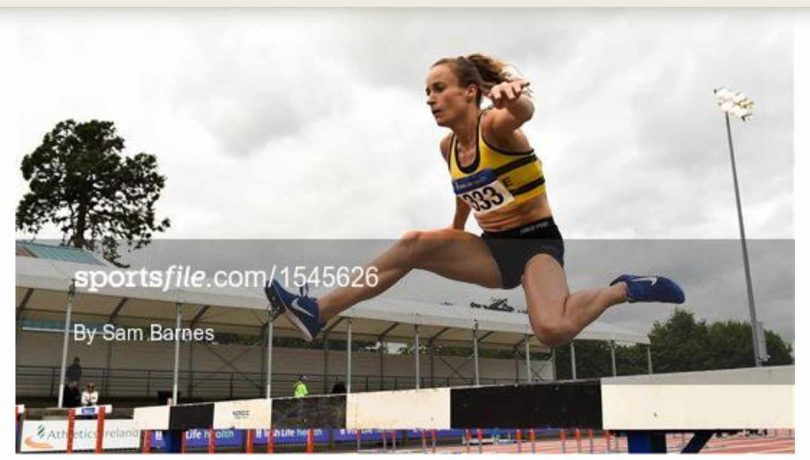