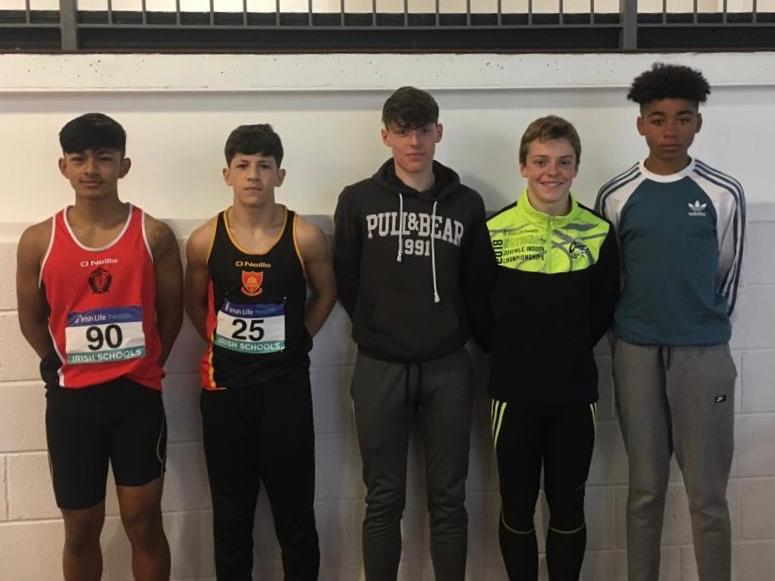 Seven Leevale athletes represented their schools with distinction in a high quality Irish schools combined events held in Athlone on Saturday where Irelands finest all round athletes were on show.  This was Leevale’s largest ever representation at this event with the athletes claiming 4 medals, 2 international selections and many fantastic performances all round.  The standard of competition was exceptional, driven on by the carrot of International selection for the top 4 finishers in the Junior and Intermediate grades.  The day was a great success with great credit going to the athletes for their dedication and hard work. Also to the fantastic support given by their dedicated parents and the many coaches involved in preparing the athletes.

Harry Nevin (Rochestown College) produced an outstanding display to win the Junior boys pentathlon with a score of 3205 points, some 300 points clear of his nearest rival.   Harry started the day with a close victory in the 60m Hurdles in 8.84s just ahead of Leevale club mate Colin Murphy who ran an excellent PB of 8.87s.   Victories followed for Harry in the Long Jump (5.85m) and 200m where he ran a scorching 23.51s.  Harry rounded off the day by cruising to victory in the 800m in 2.10.36.  Colin competed well to finish 10th overall.

Wymin Sivakumar (Colaiste an Spioraid Naoimh) finished an excellent 3rd in a top quality intermediate boys pentathlon with a score of 3,477 points.  This was the event of the day in terms of standard and competition with only 50 points separating the 2nd to 5th positions.   Wymin gathered huge points with a fast 8.26s run in the 60m Hurdles and followed that with equally impressive individual victories in the 200m (22.87s) and Long Jump (6.40m).  Wymin produced a big PB of 9.58m in the Shot Put.  While the points gained in the Shot were well behind his main opposition, the level of improvement achieved in the last 2 weeks made all the difference in achieving a top 4 position and International selection.  Equally important was Wymin’s gutsy 2.08.35 run in the 800m to secure 3rd place, finishing only 2 points behind second place.

Okwu Backari (Ashton) had a fantastic 3rd place finish in the Minor girls event, all the more impressive as she will be eligible for this event again next year.  She also amassed a large amount of points when winning the 60mHurdles event in 9.39s, a fantastic time for her age.  Okwu also won the Long Jump with a jump of 4.64m.  Her Shot put of 7.30m was a significant improvement on her previous best.  She finished off the event with a 1.38m clearance tin the High Jump and fought all the way in the 800m where her time of 2.39.56 ensured she finished in the medals.

Colin Callinan (Colaiste an Chroi Naofa Carrignavar) made new ground once again with a 3rd place finish in the Minor boys event where his score of 2,544 points was 300 points up on his Munster performance.  Conor started off with a great run of 8.82s in the hurdles to set him on the way.  This was followed with a Shot put of 10.48m, a massive improvement of 2m on the previous PB.  More significant PB’s followed in the 200m (25.27s) and 800m where his gutsy time of 2.31.54 was 10 seconds faster than his previous best.  Kyle Ettoh (Colaiste an Chraoibhin Fermoy) finished 10th overall in this grade with a score of 1,992 points.  Kyle had many excellent performances including a 25.93s run in the 200m.

Both Wymin and Harry have been selected to represent Ireland in the Schools International Combined Events Championships that will take place in the Emirates arena Glasgow on the 3rd November. 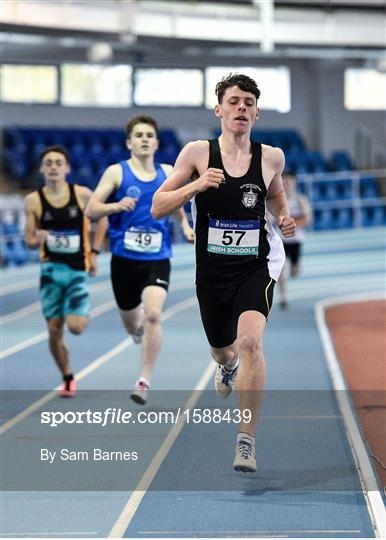 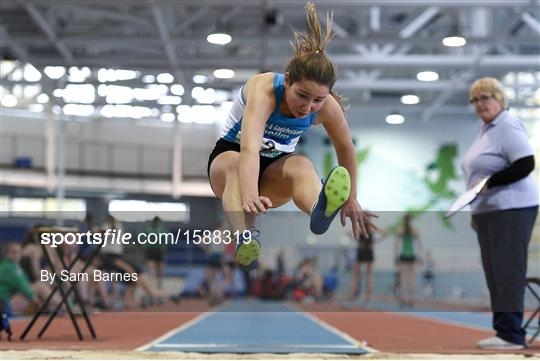 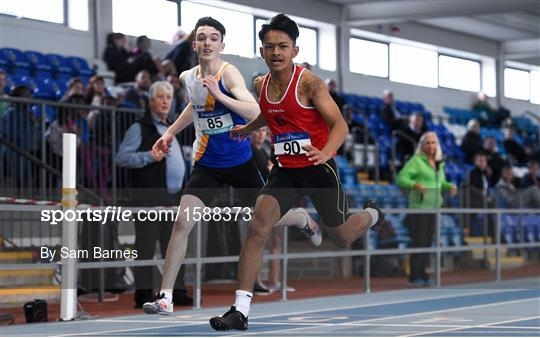 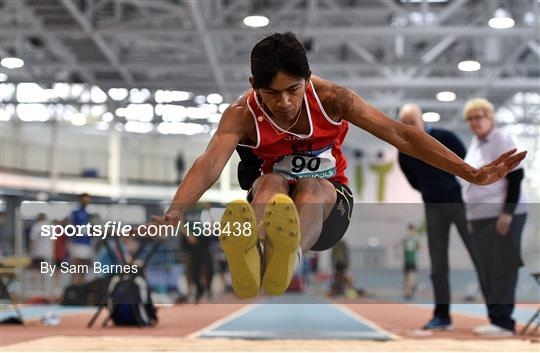 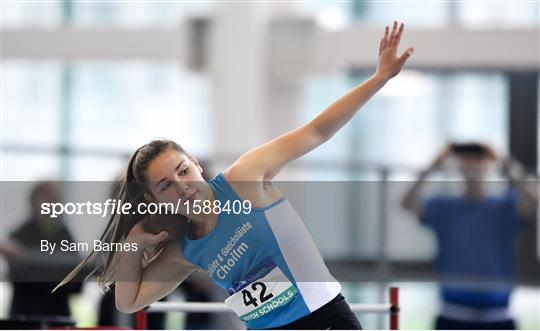 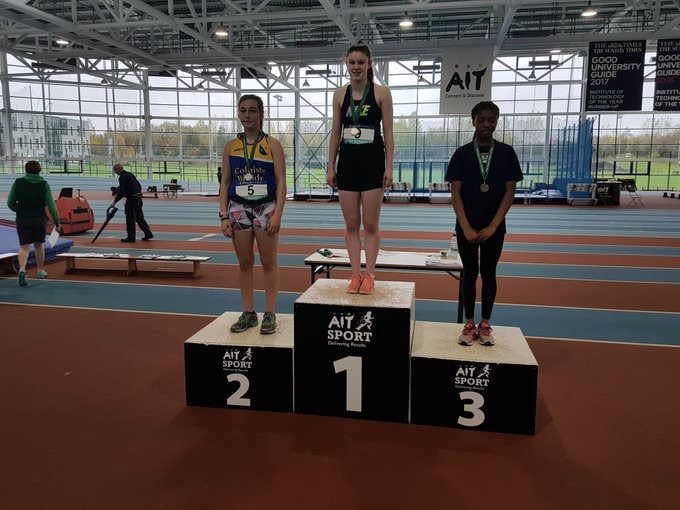 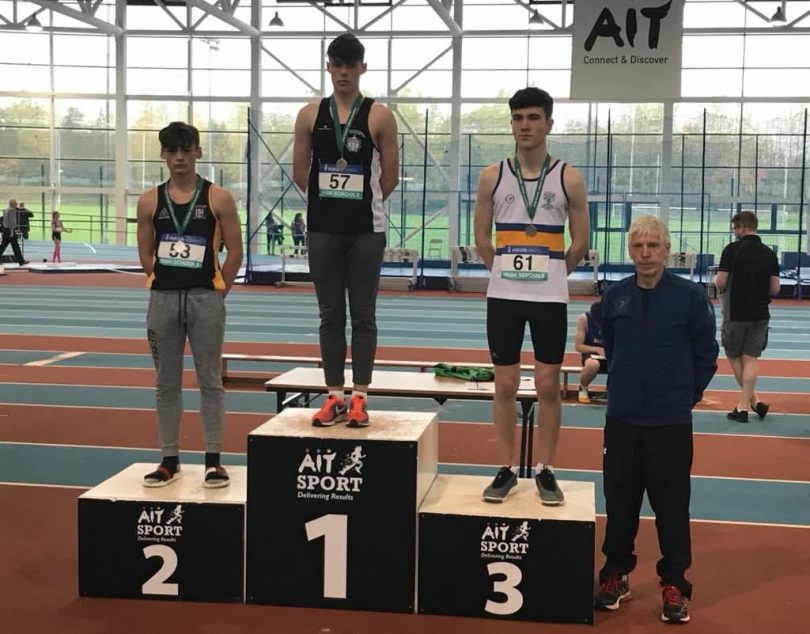 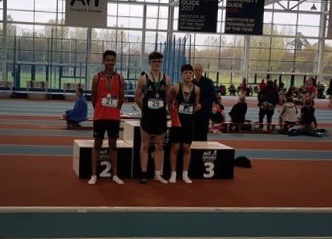 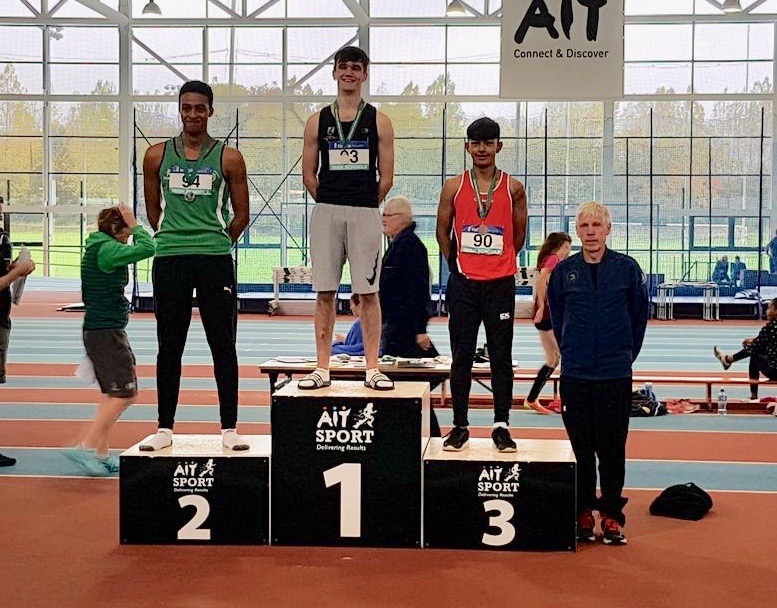 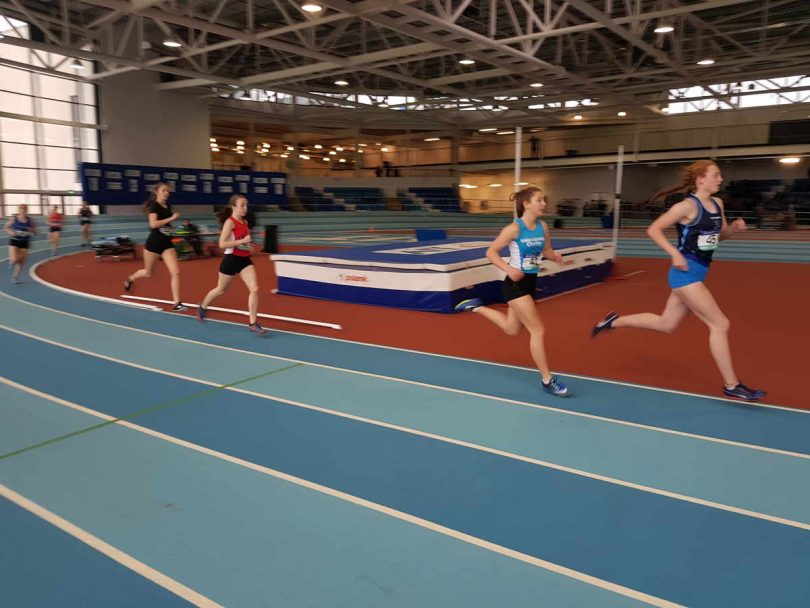