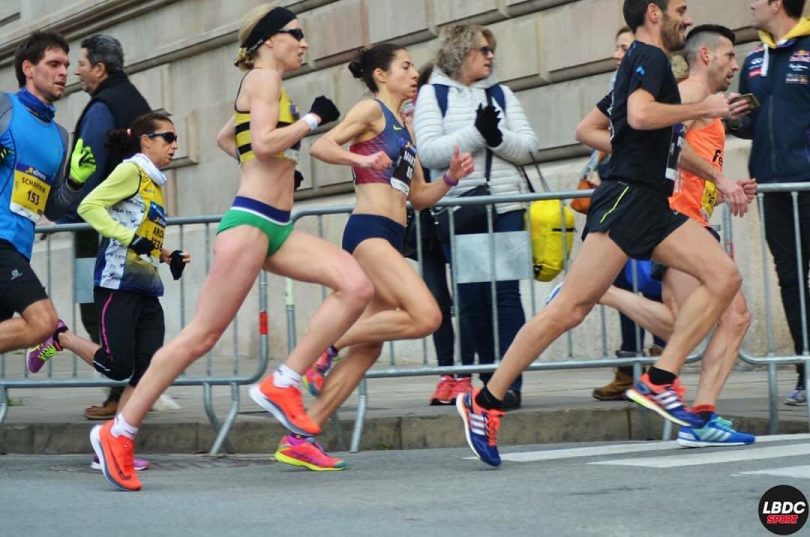 Lizzie Lee travelled to Barcelona to compete in the Half Marathon, known as the ‘Mitja Marato de Barcelona’. Her target was to be inside the selection standard of 75 minutes for the World Half Marathon in , which will be held in Valencia March 24th. Lizzie continued the fine form she showed in Mira last weekend by finishing the race in 9th place in new PB of 73:23, well inside the  standard for selection. Her club-mate Claire Gibbons McCarthy already has the standard from Swansea last summer.

Meanwhile, back in Ireland, the Irish Life Health Masters Cross Country Championships were held in Clarinbridge, Co Galway today. Conditions were tough, with soft ground and bitter cold, with rain and snow. Michelle Kenny was back in action just one week after a strong run in the European Clubs Championships in Portugal. She had the misfortune of losing a spike on the first lap of the race in the extremely soft conditions, however she ran very bravely to finish second overall. Michelle also led the Cork team to victory.

Carmel Parnell returned to action to take victory in the O60 category.

In the master men’s race Tim Twomey finished 6th to be a scoring member of the winning Cork team. Other Leevale competing athletes were Brian Kearney (21), Alfie Davis (52), Sean Dowling (53) and David O’Mahony (126), 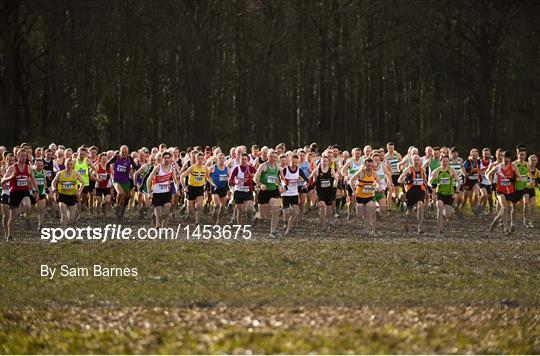