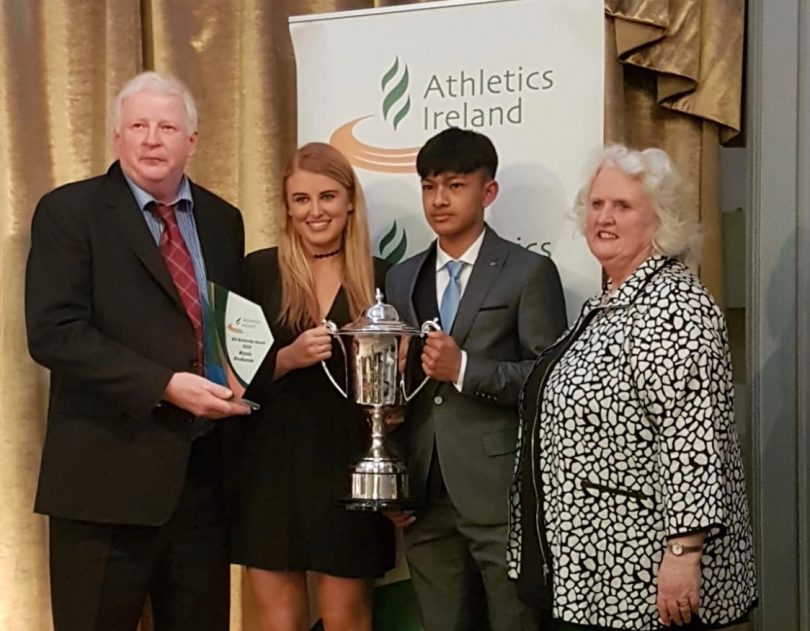 The Athletics Ireland juvenile star awards were held in Tullamore on Saturday evening. Wymin Sivakumar received two awards, the Bill Battersby trophy for his achievements in 2018 in both the long jump & triple jump.  Wymin was also presented with the Cork Star award.

For the fourth year is a row Leevale AC won the Drifter Cup for the top juvenile T&F club in the country. This is a fantastic achievement for the club and is testament to the dedication and hard work of the coaches & officials. 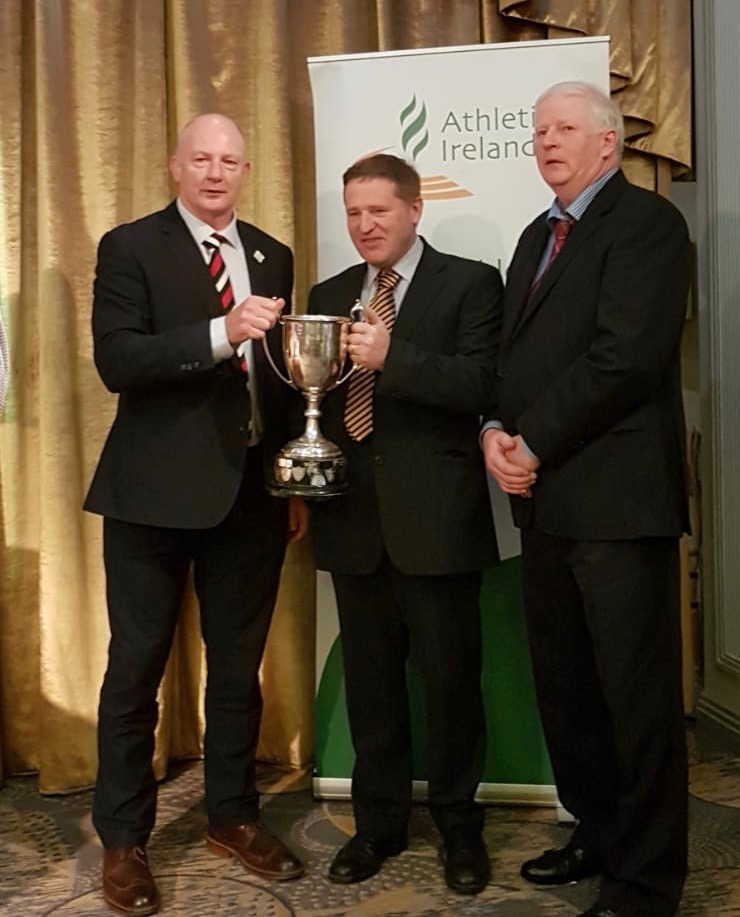 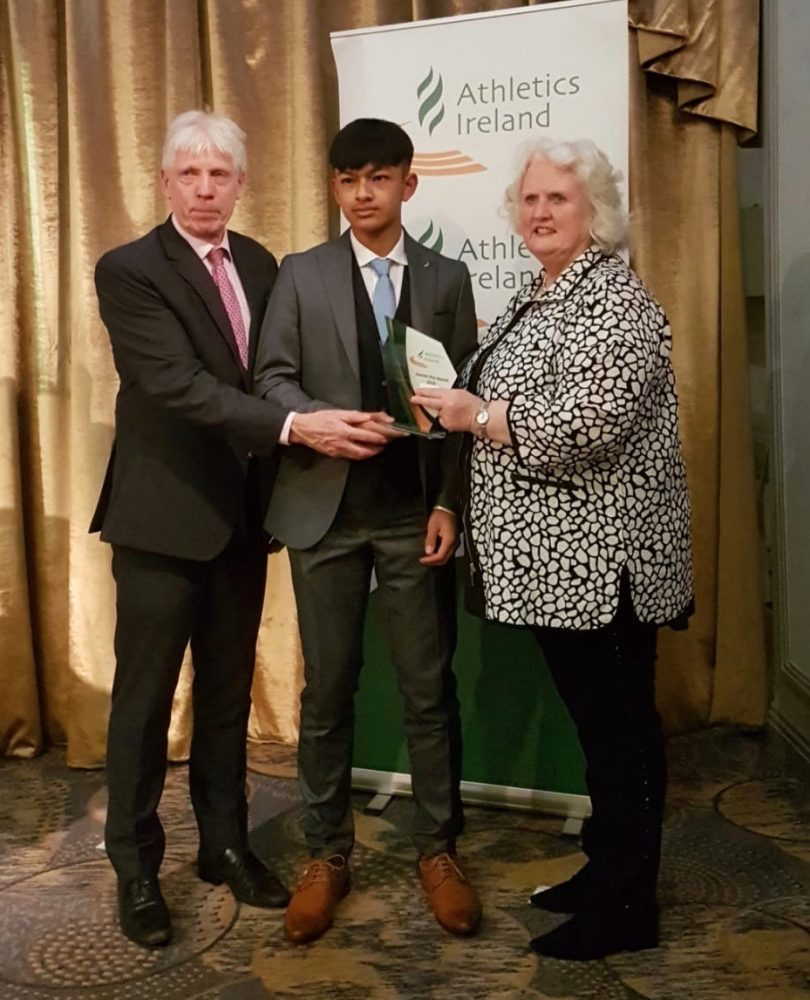