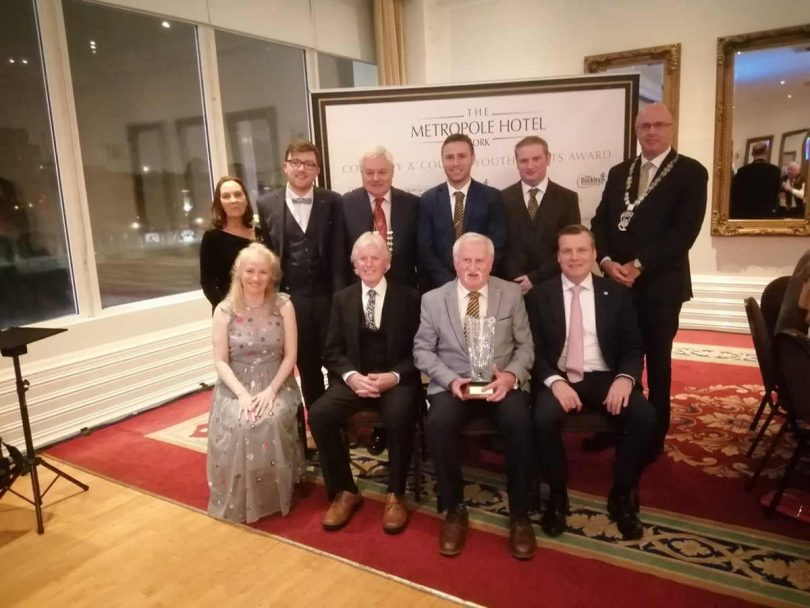 Donie Walsh was inducted in to the hall of game at the annual Cork City & County Youth Sports Awards, which took The Metropole Hotel Cork last evening. This is a very deserved acknowledgement for Donie’s contribution to athletics and sport in Cork, first as an athlete and subsequently as a world-class coach.

Donie has been a member of Leevale AC from the very beginning in 1967 and since then he has been at the core of Irish athletics. He earned a scholarship to Villanova University in the USA, and competed in several NCAA championships. His greatest successes came in the early 1970s when he won five 10000m National Championships on the track in six years, ran the marathon for Ireland in the 1972 Munich Olympic Games, and won numerous other cross country and track & field titles. He was a scoring member of the Irish team that took silver in the World Cross Country Championships in 1979, on the day that John Treacy won the race for the second time.

His contribution to athletics in Cork is immense and now have been justifiably acknowledged by Cork City and County Hall Of Fame Award.