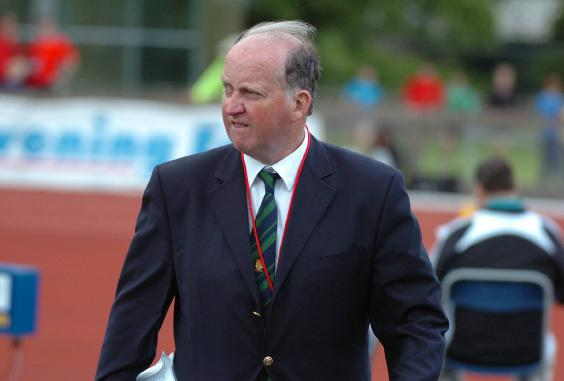 THIS month 45 years ago, Dick Hodgins from Leevale Athletic Club was victorious at the BLE Irish marathon championship at Galway.

Given the many great Cork runners who have graced the scene in the intervening period, it’s hard to believe that no male from the Rebel County has won this coveted title since. For Hodgins, who sadly passed away in March 2016, it was the culmination of a long career which saw him excel and win national titles at all distances from 1500m to the marathon.

When his competitive days were over, he would also make a major contribution to the sport in his native county. He served the Leevale club with distinction both in a coaching capacity and treasurer along with acting as Chairman of the Cork City Sports for almost two decades and Meet Director up to the time of his death.

On May 18, 1975, a small but elite group of the country’s best marathon men assembled on Galway’s Wood Quay for the out and back challenge that would decide the destination of that year’s championship. The line-up featured the defending champion Danny McDaid — who had taken gold ahead of Hodgins a year before — along with three-time champion Mick Molloy and two more former winners in Fr Paddy Coyle and Jim McNamara.

Oughterard man Molloy was the local favourite and there was no doubting the 1968 Olympian’s pedigree as six months before he had set a world best of 2:44:47 for 30 miles on the track at Walton in England.

McNamara and Coyle, along with Joe Scanlon, were the early pacemakers closely followed by McDaid and Hodgins. Coming up to eight miles, McNamara started to open a gap and at the turn, reached in 68:10, he was 24 seconds clear. He held on to his advantage until near the 20 mile mark when Hodgins began to make his presence felt.

Molloy had now started his run for home and was gaining ground on the Leevale man but Hodgins held on for victory in a personal best time of 2:19:46 with the gallant Molloy taking runner-up spot in 2:20:29. McNamara — who would qualify for the Montréal Olympic marathon 12 months later — had to settle for third in 2:21:45.

Hodgins’ early success came at the middle distances where he was a regular competitor in the popular open sports at everything from 440 yards handicaps up to the three miles, as he recalled in an interview in 2012: “Originally I was a miler, but I used to still do a good bit of distance work in the winter. In 1966, I won the 1500m National Championship at the Cork City Sports and then the one mile at the Irish championships.”

His introduction to the longer distances came by accident. “Back in 1965, there was to be a track meet at the Mardyke and I was all set to run the mile but due to torrential rain the night before the track was flooded and the meeting cancelled.

“So a few of us got the bright idea of running the 15-mile race from Cork to Cobh instead and once I got into it I found the pace easy and won it.”

The Olympic year of 1968 brought another championship, this time over 10 miles on the old track at Santry where his time of 48:49.8 for the 40 laps was the second fastest ever by an Irishman.

After winning the 15-mile and then the 10-mile on the track, he decided to have a go at the marathon with the hope of making the Mexico Olympic team but a warm day at Clonmel put paid to his chances.

A second attempt at the distance later that summer proved to be a step too far.

“I ran more conservatively in the Irish championship in Galway but didn’t get near the winner, local man Mick Molloy who went on to run in Mexico.”

The Corkman made an impressive international marathon debut in Spain in 1969, finishing second to Olympic champion Mamo Wolde in a race near San Sebastian where he recorded a fine 2:25:02.

Six further years of diligent training for the Douglas bank official finally came to fruition with that memorable victory on the roads of Galway where the win was made all the more sweeter as his Leevale club took the team award.

With all three scoring runners finishing in the top six, Hodgins was backed up by Mike Murphy, Cork-born but then living in Manchester, who was fifth in 2:24:33 and one place further back came Jerry Murphy from Douglas who sealed the win with a personal best of 2:24:46 for the distance. 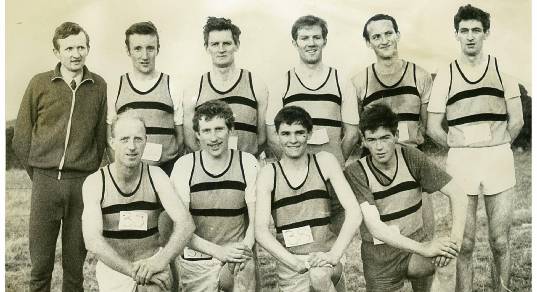