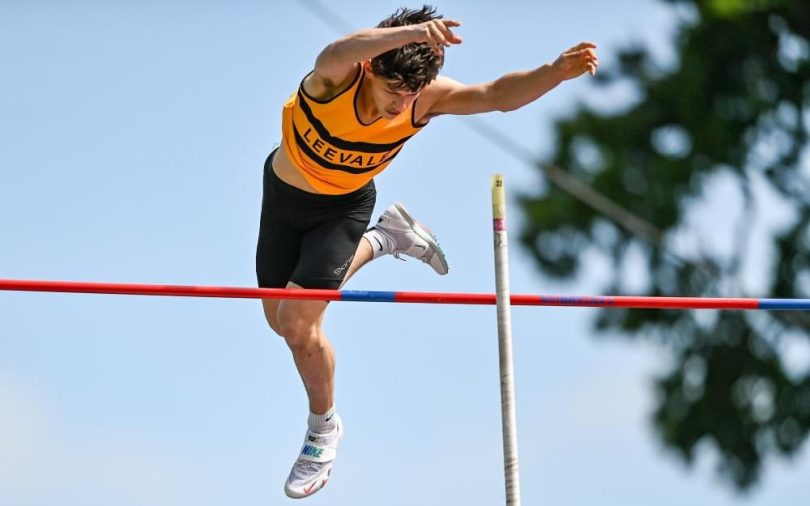 A group of 22 Leevale athletes travelled to a wet Tullamore on Saturday for the final day of the AAI national juvenile championships.

It was a very successful outing with Leevale athletes taking many podium positions including 8 titles, 3 new championship best performances and lots of great performances from all participating.

James Ezeonu produced one of the performances of the day, winning the boys u19 110m Hurdles in a new championship best of 14.20s, lowering Daniel Ryans 14.48s mark.  This added to his 200m gold and 100m silver from last week.

Lucy Sleeman took another fantastic gold in the girls 100m Hurdles in 14.49s.  This completed a triple for Lucy having completed the 100m/200m sprint double the previous weekend.

Okwu Backari was another Leevale athlete to complete a rare triple gold over the championships.  Okwu had excellent victories in the girls u16 Long Jump (5.46m) and 80m Hurdles (11.92s) to add to her 250m Hurdles title from Day 1.

Maeve Fleming took a great gold in the girls u16 High Jump, with a faultless display of jumping to 1.58m in challenging jumping conditions.

Nicole Dinan, fresh from her 800m victory last week, finished very strongly to take silver in the girls u16 1500m in 4:44.39s with clubmate Claire Crowley finishing close behind in 4th.  Hannah Arrigan completed a strong Leevale presence in this race.

Orla O’Sullivan rounded off an excellent championship for the Leevale girls u16 with bronze in the Triple Jump in 10.03m 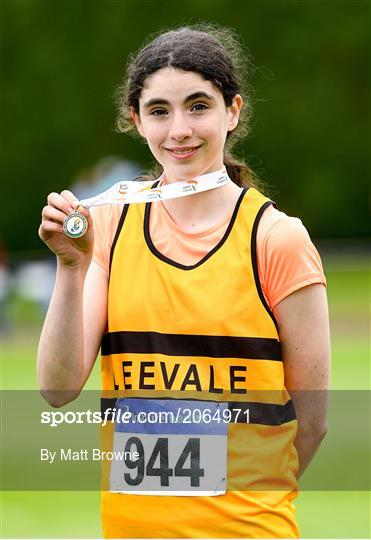 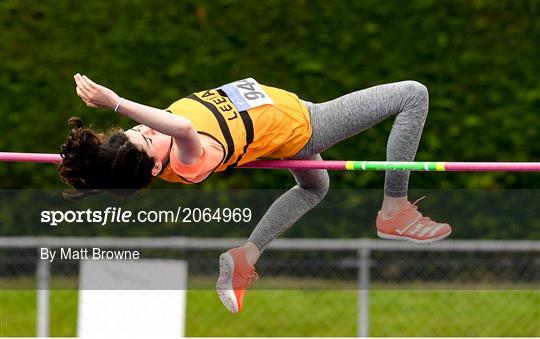 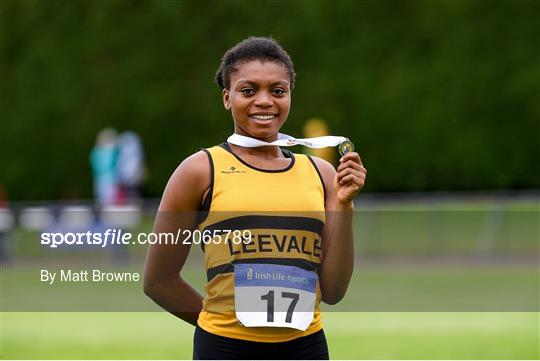 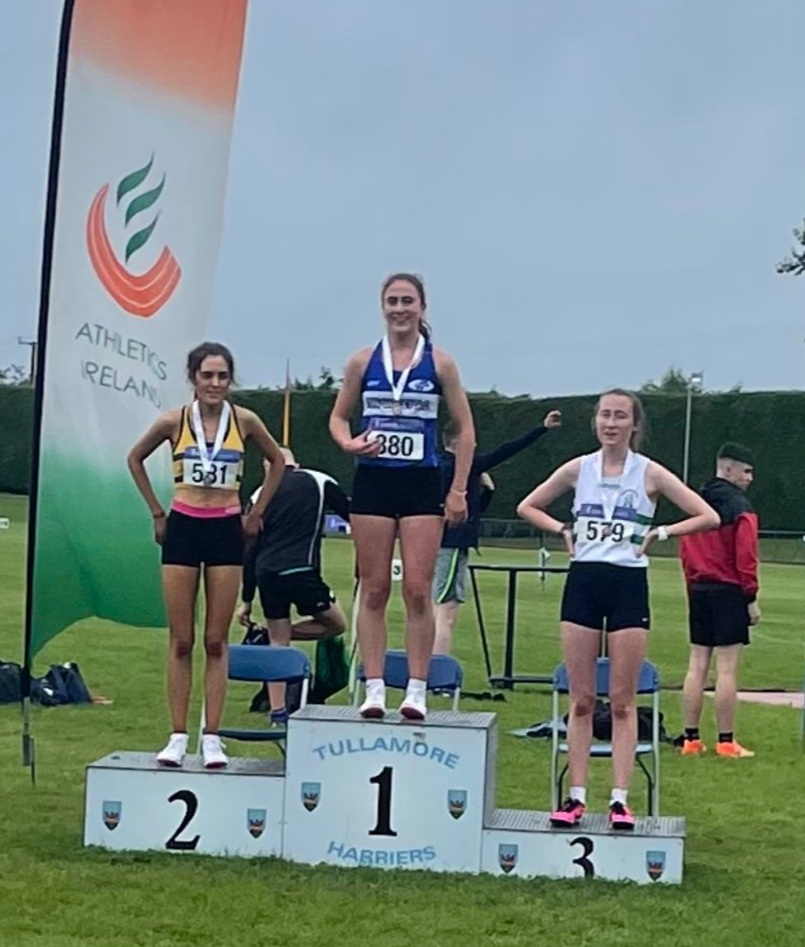 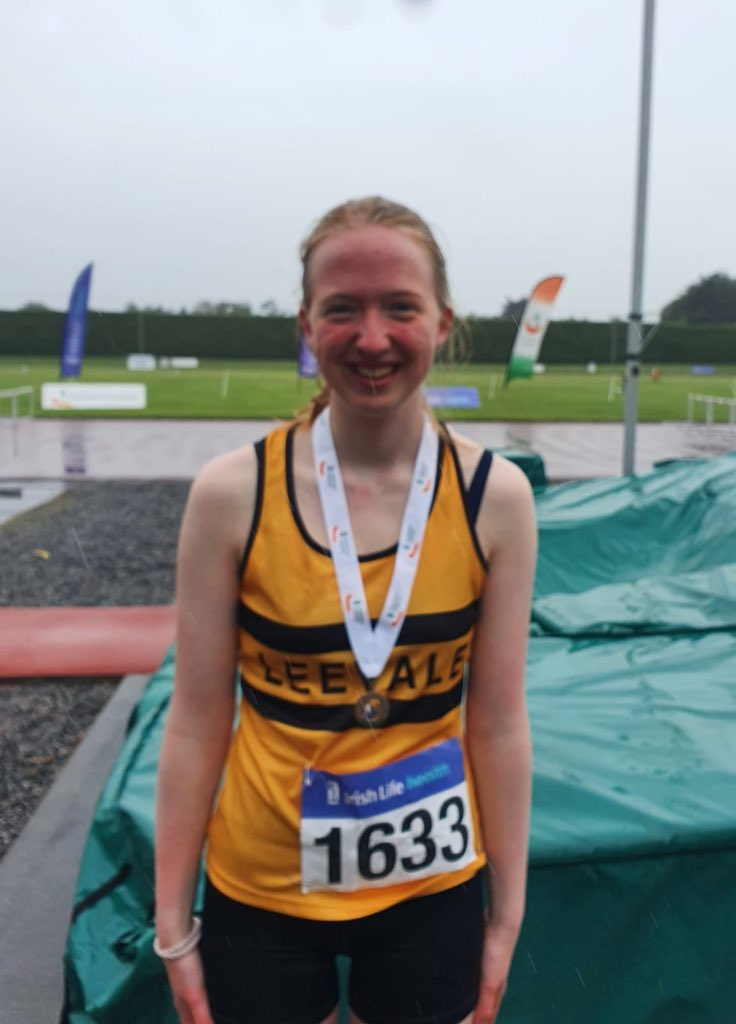 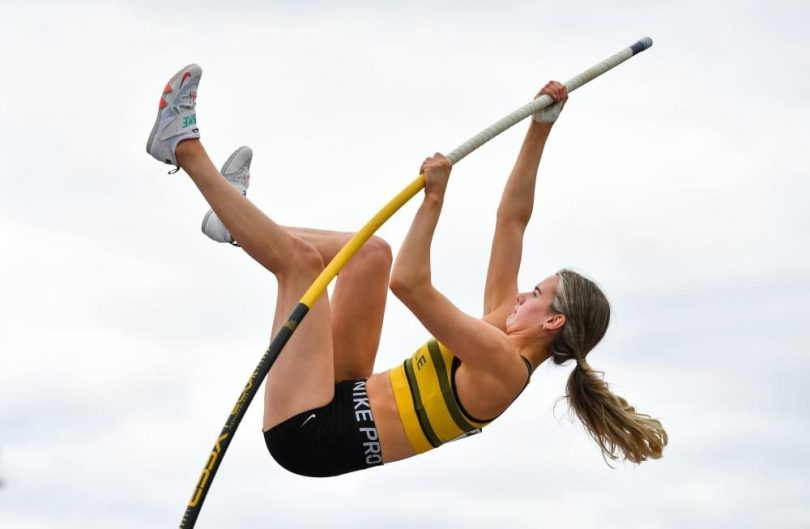 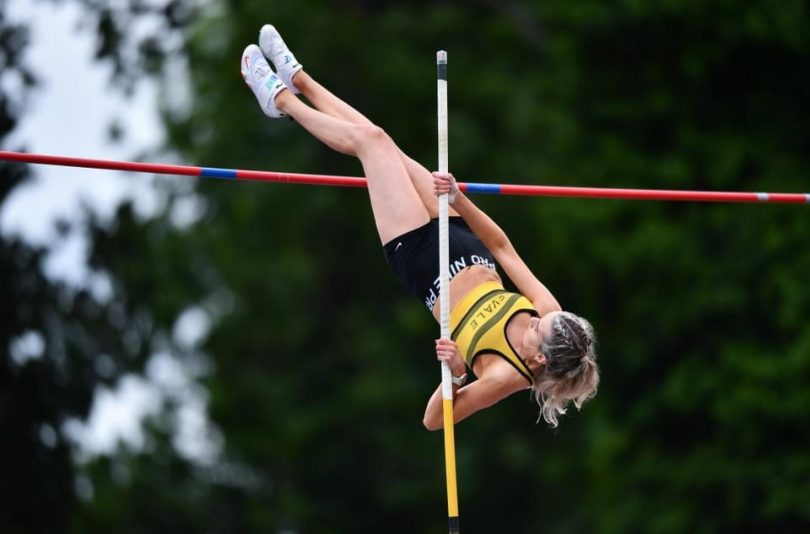 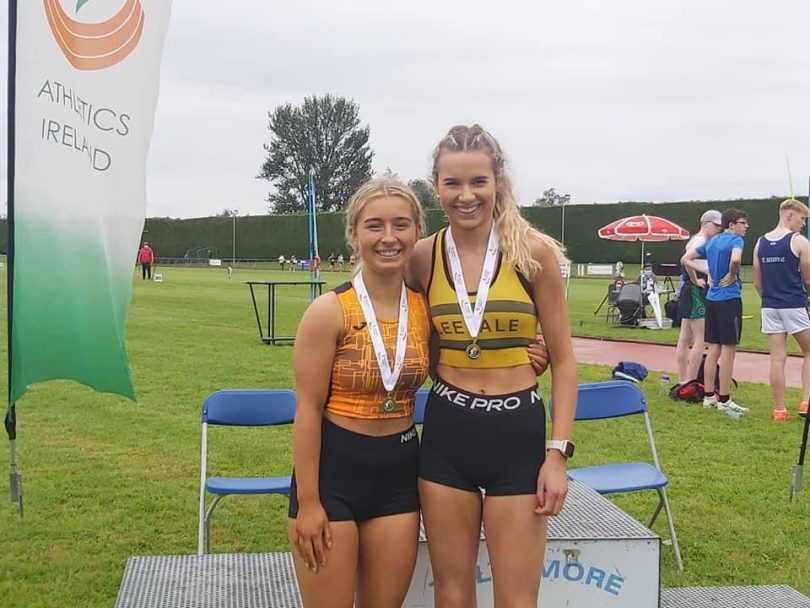 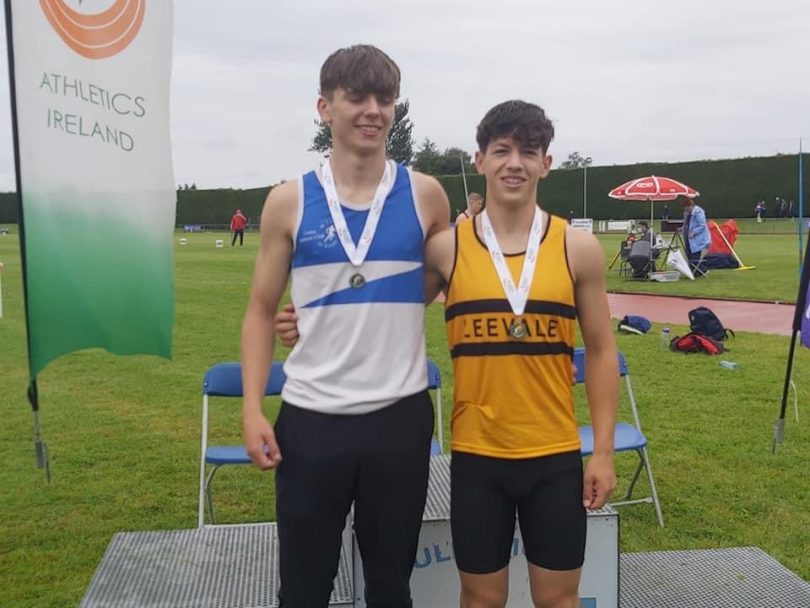 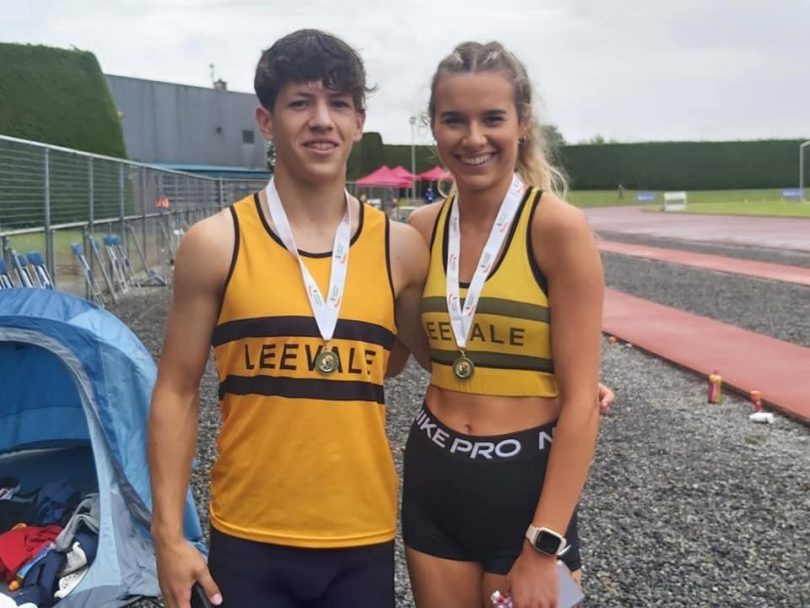 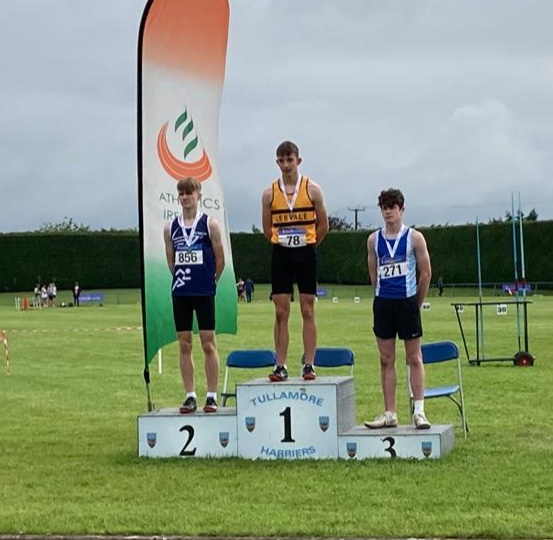 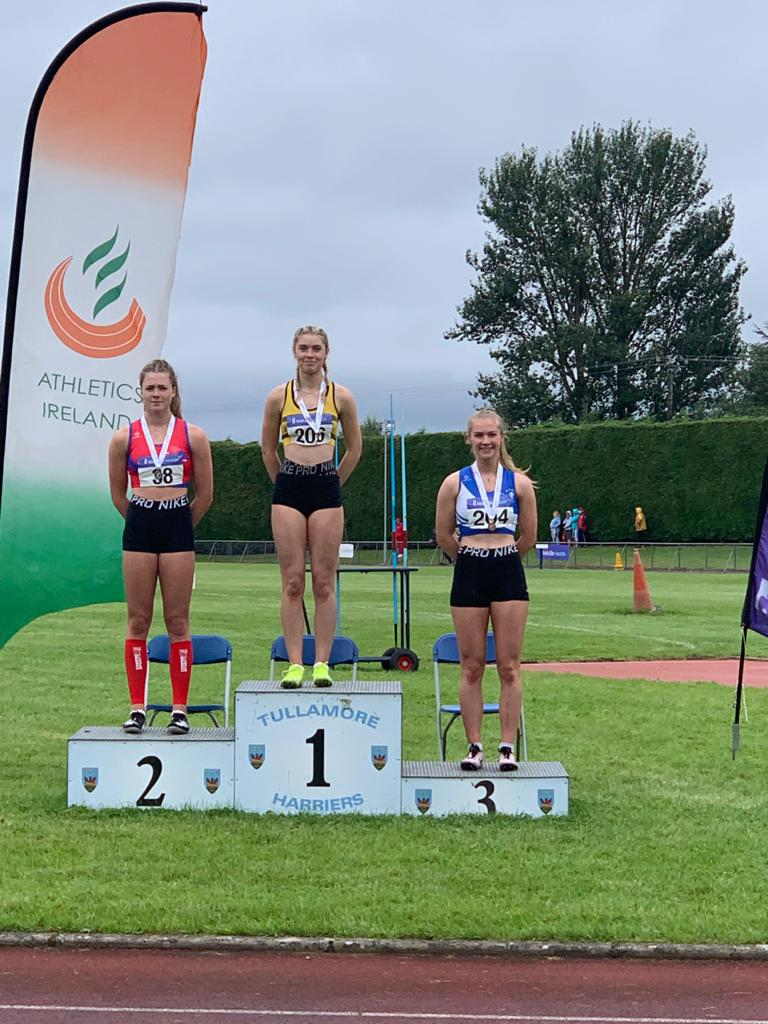 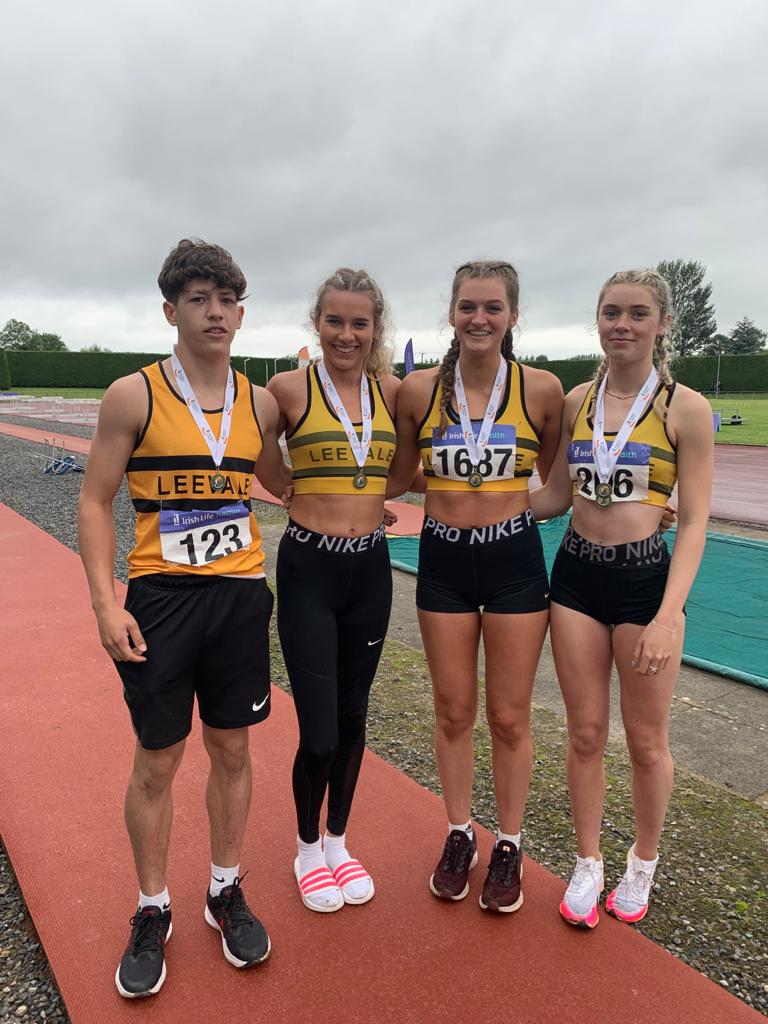 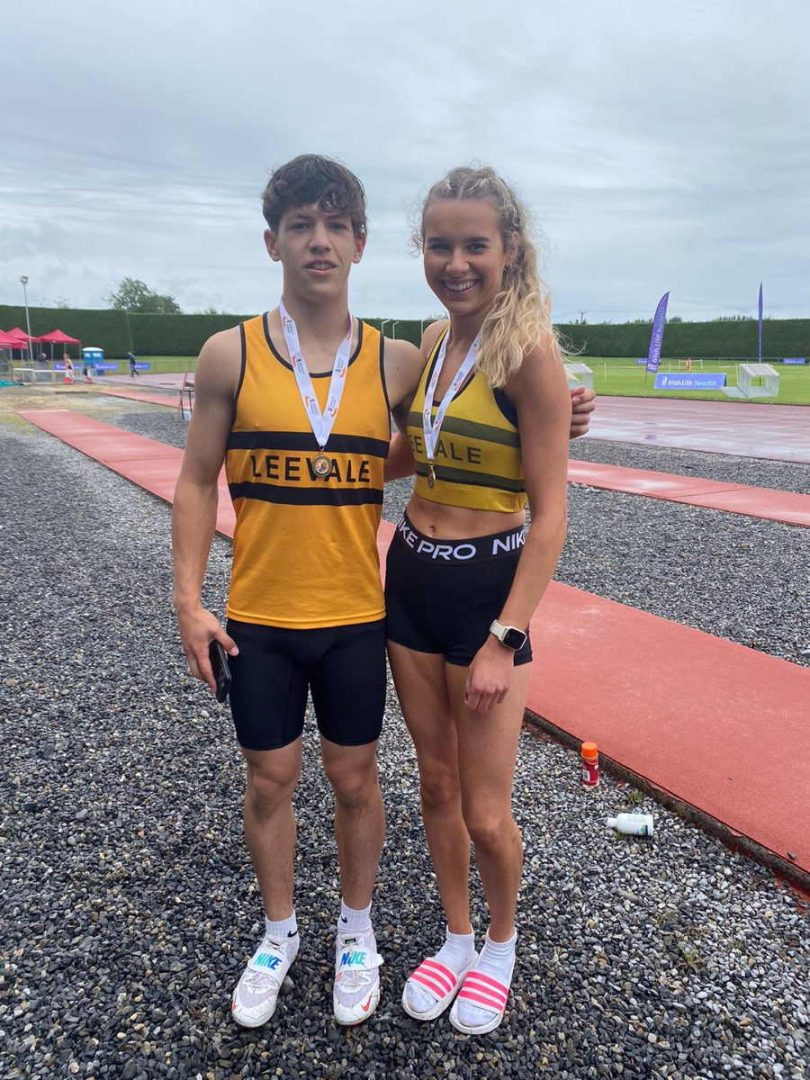 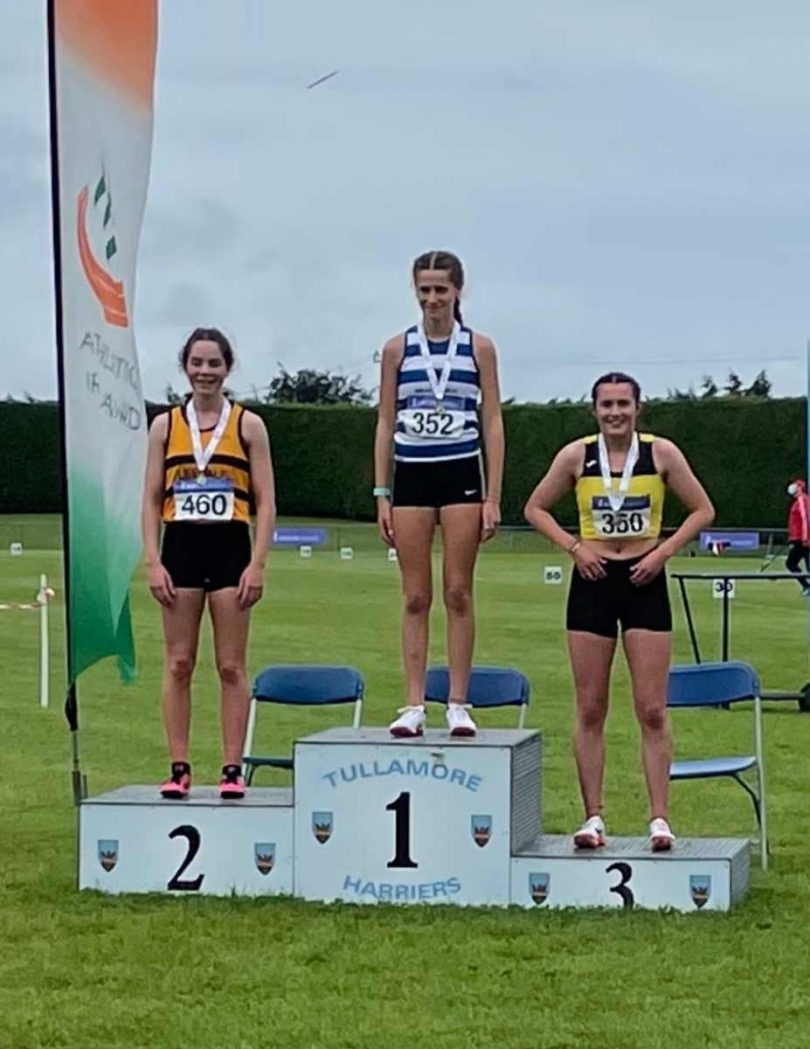 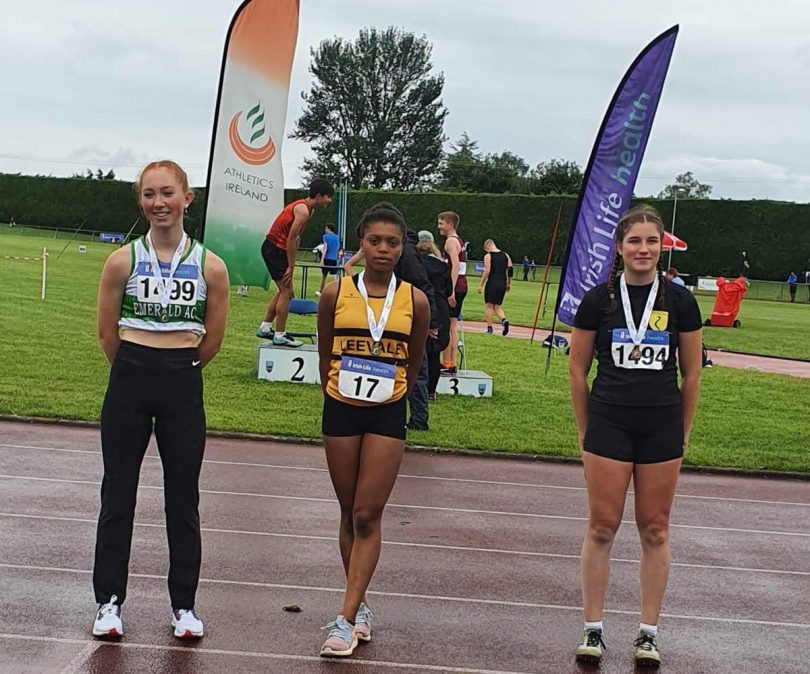