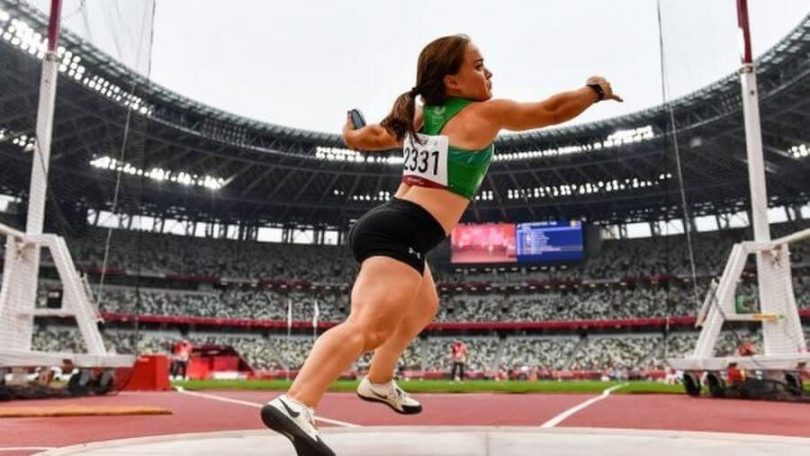 Niamh McCarthy finished fifth in the F41 discus final after throwing 28.94 metres in her final round. Niamh, who took silver in the event at Rio, had been in the medal positions early on in the final but on a day of exceptional performances she couldn’t quite find the edge. Defending champion Roaua Tlili, of Tunisia, set a new world record of 37.91m to take gold ahead of Morocco’s Youssra Karim (37:35m) whose teammate Hayat El Garaa took bronze with 29:30.

“I’m happy with my performance,” McCarthy said afterwards. “I know other people were expecting better things but it’s been a very hard few years so just to make it here and to have a few good throws I’m happy with that. My PB is over 30m and I’m a way’s off my season best. If you just look at the result you’d be thinking if I did slightly nearer to it I could have got a medal but I don’t think I could have done more today, I did as best as I could.  Had the Games gone ahead last year I wouldn’t have been in them. I’ve been trying for years to get back to where I used to be so it’s been a difficult time. I’ve changed as a person. That’s not to say that those strengths aren’t in there but they’re not with me right now in the quantity that I’d like so I’m happy to just have made it to this competition. It was touch-and-go so I’m really proud of myself.”