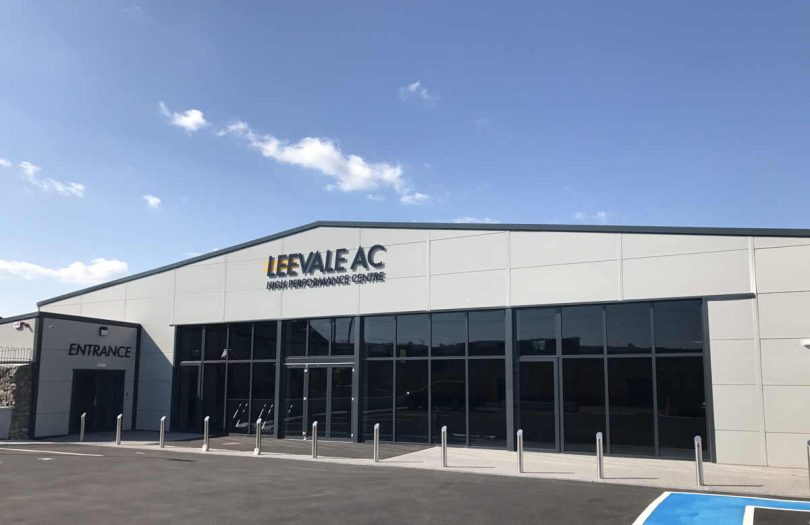 This article by Der O’Donovan appeared in The Echo on Jan 11th.

Leevale’s new High Performance centre in Wilton is certainly proving to be worth every cent that the club invested to make the very best facilities available to members.

WHAT better way to start the New Year than to set a new Irish record!

That’s the kind of start Leevale athletes got when they competed in the first leg of the National league at the National Indoor Arena in Abbotstown on Sunday. Leevale’s new High Performance centre in Wilton is certainly proving to be worth every cent that the club invested to make the very best facilities available to members.

Conor Callanan set a new Irish junior and U18 indoor pole vault record before Christmas when he cleared 4.65m at the same venue. He clearly avoided the excesses of Christmas because he continued where he left off on Sunday! He entered the competition with the bar at 4.40m, clearing at his first attempt, and repeated the first time clearances at 4.60m and 4.70m to win the competition, well clear of his rivals.  This improved on his Irish junior record but he’s just moved on from the U18 age group.

Incidentally, Leevale also still holds the outdoor junior 4X400m record of 3:18.64 set by Aidan O’Regan, Bernard O’Sullivan, John Riordan and Paul O’Regan in the Mardyke in 1984 – the same day that Yuri Sedykh threw a new world record in the hammer.

Scott Gibson was also in action in the 60m where he finished second in 6.98 for a new indoor PB, while Colin Doyle won his heat of the 200m in 21.43 another new indoor PB.

Una Samuels nearly made it a pole vault double for Leevale when she cleared 2.90m, the same as Jodie McGrath of Nenagh, but lost out on countback. Guest competitors also competed and clubmate Una Brice was in sparkling form to win with 3.40m.

One result from 2021 that went under the radar was that of Reece Ademola of Leevale who jumped a remarkable 7.47m at the end of August. That result sent shockwaves through the long jump community as he had not competed for two years, but had still moved into the number 4 senior ranking in Ireland behind Shane Howard of Bandon with 7.71m and Sam Healy of Leevale with 7.59m. He also raised a few eyebrows by clearing 2.05m in the high jump the same day. And, he is still a junior this year, and would probably really benefit from an American scholarship. He was back in action on Sunday and he duly won the long jump with a best of 7.17m.

Annette Quaid, who moves into the O45 category this year, continues her remarkable fitness and racing skills, and was a clearcut winner of the 800m in 2:13.44.

Leevale was the only Cork club to compete in the league, which is a pity because it offers some great competition. They ended the day leading both men’s and women’s competitions on points. The second leg takes place in Athlone on the 23rd.

Quite a few events were on the programme for guests not competing for clubs in the league and one performance that stood out was that of Phil Healy of Bandon who opened her indoor season in the 400m. Once again, she was in superb form and steam rolled her opposition to win by a big margin. Her winning time of 51.96 was even more impressive as it was just 0.02 of a second outside her best time when she was fourth in the European championships last year. Karen Shinkins holds the Irish record with a time of 51.58 which could be seriously challenged by Healy over the coming weeks.