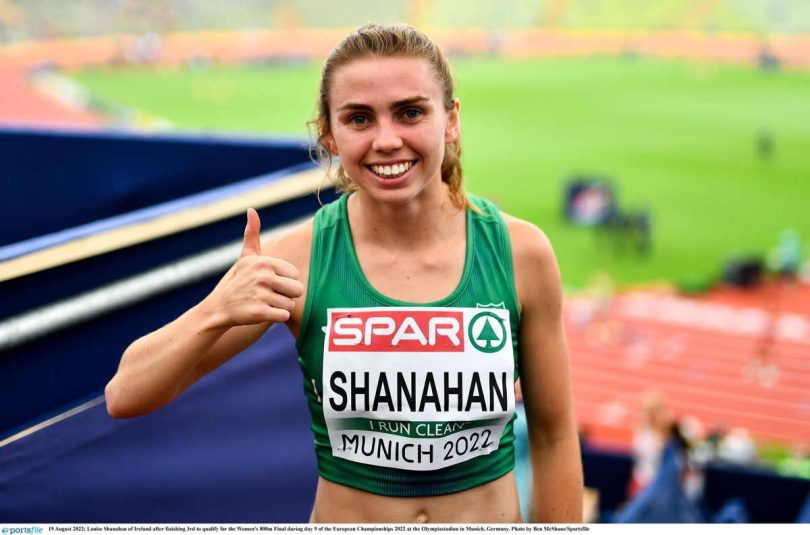 Louise Shanahan’s impressive semi-final effort this morning means she will now be going again tomorrow night in the final of the European Championships 800m.

Louise gave a superb performance, maintaining the ideal position just off the leaders’ shoulders through most of the race and coming home third for one of the three automatic qualifying spots.  Her tactics in the semifinal were almost identical to the heat which has served her well.  She states, “The plan was to race it like a final. I went hard for the first 200, got a good position, and the aim was to then run as tight a line as possible and settle in. I wanted to shut off until 600 and then wake up. With 120 to go I was boxed in and I knew Keely would move forward. I was surprised there weren’t more athletes pouring around the outside. I’m delighted I managed to pull that off.” Her reaction was brilliant as she took off down the front of the stand to embrace her dad and coach Ray and mom Liz. 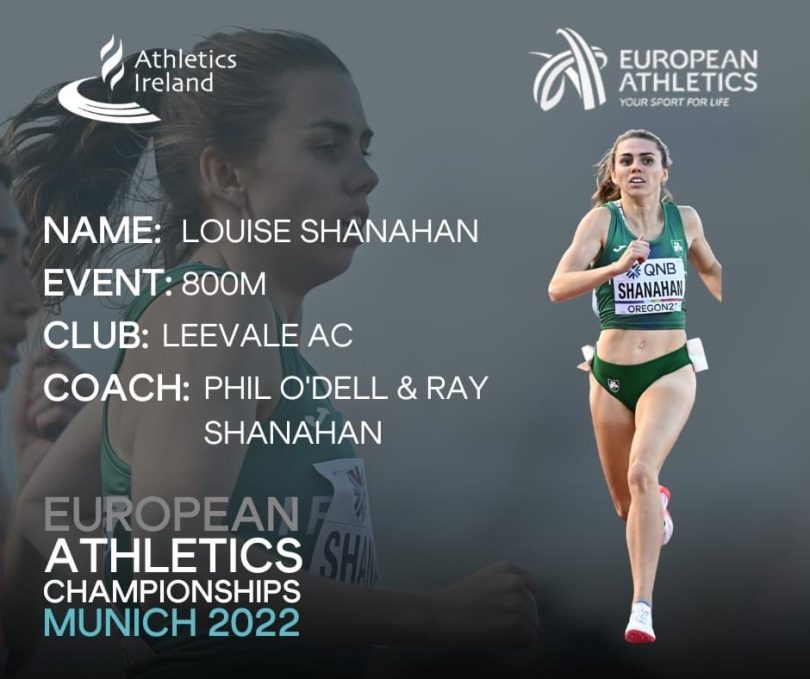 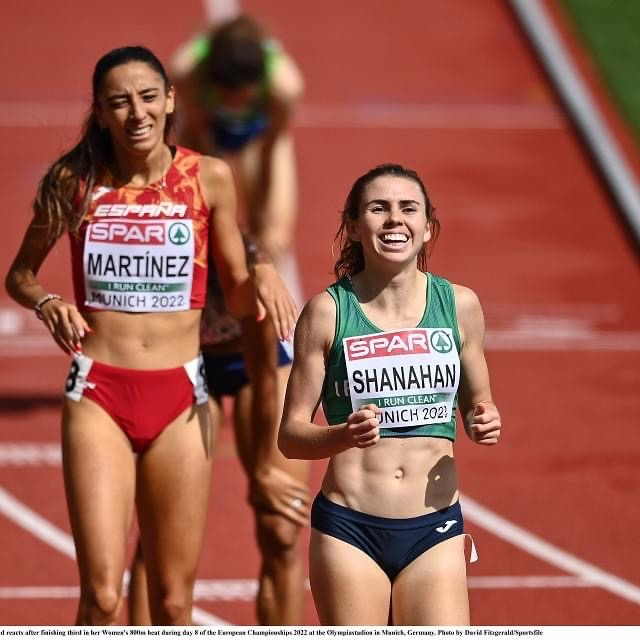 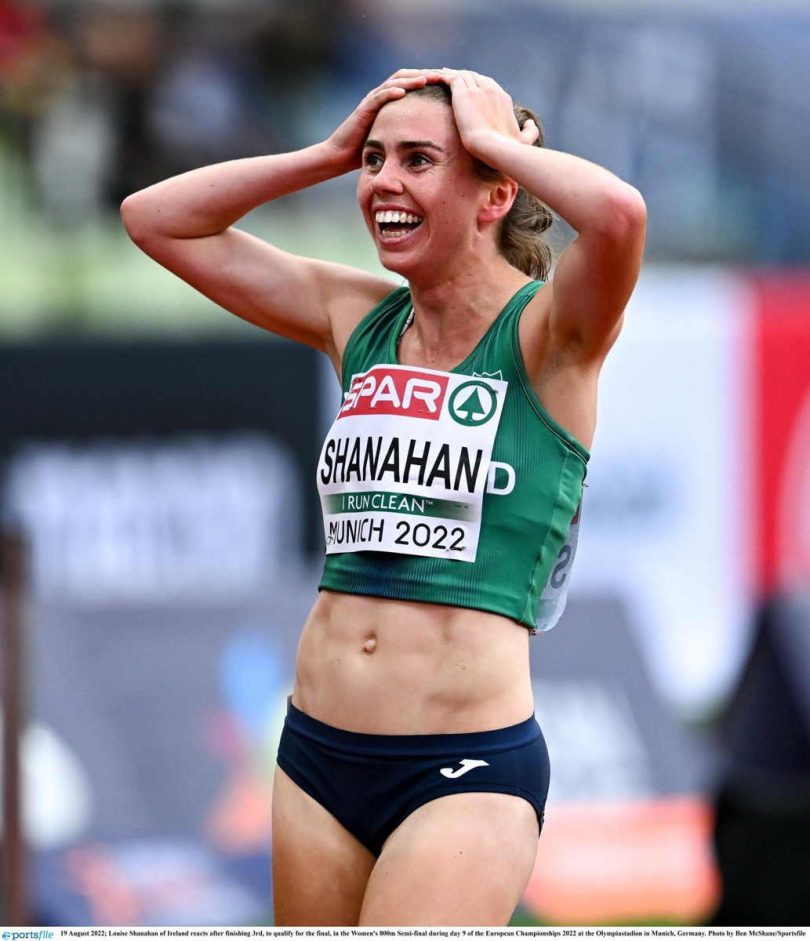 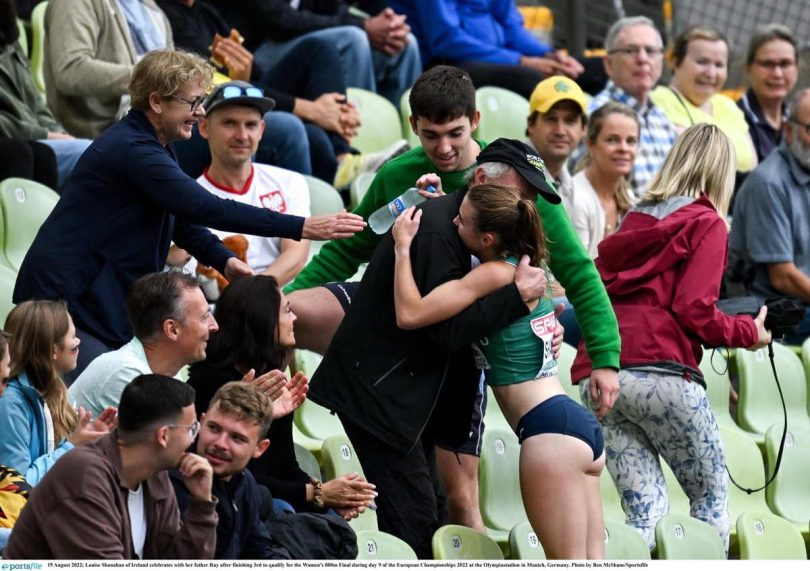