Reece Ademola of  Leevale AC is the Cork City Sports Athlete Of The Month for August. In early August Reece represented Ireland in the long Jump at the World U20 Championships held in Cali Colombia. He opened the competition with a superb effort of 7.83m to smash his Irish U20  record and move to third on the Irish Senior all time list. He held third place until the final round of the  long jump before finishing fifth.  Fifth in the World is an amazing achievement and we know that this is just the start for Reece.

Reece was also on the podium at the Cork City Sports in July where he finished 3rd in the long jump competition.

The Cork City Sports Athlete Of The Month award is sponsored by The River Lee Hotel, Cork’s 96 & C103FM and The Echo. 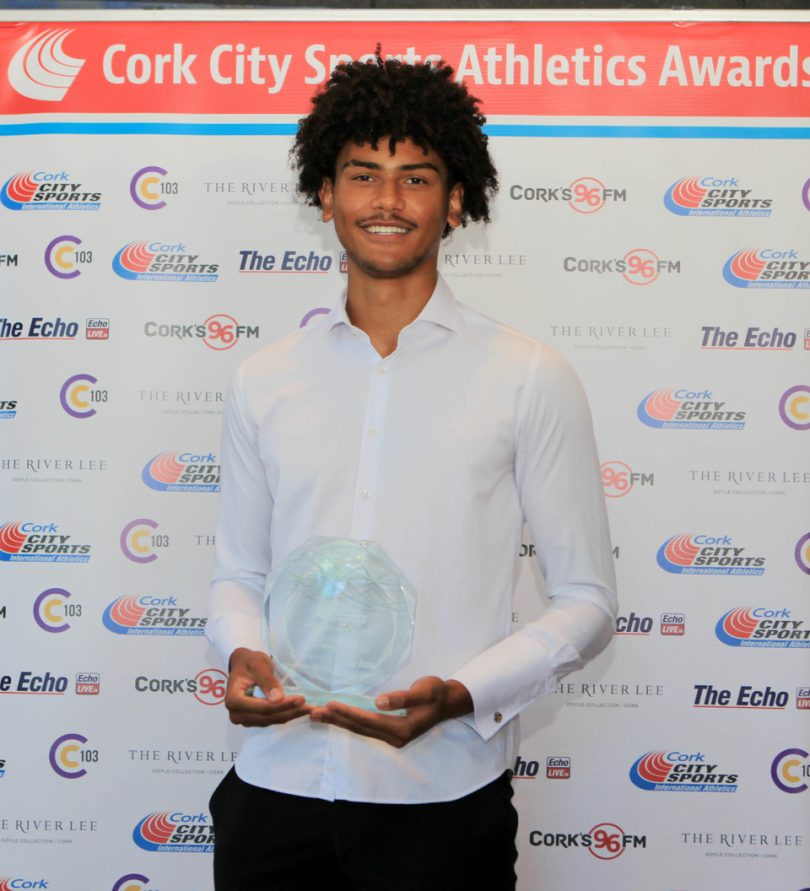 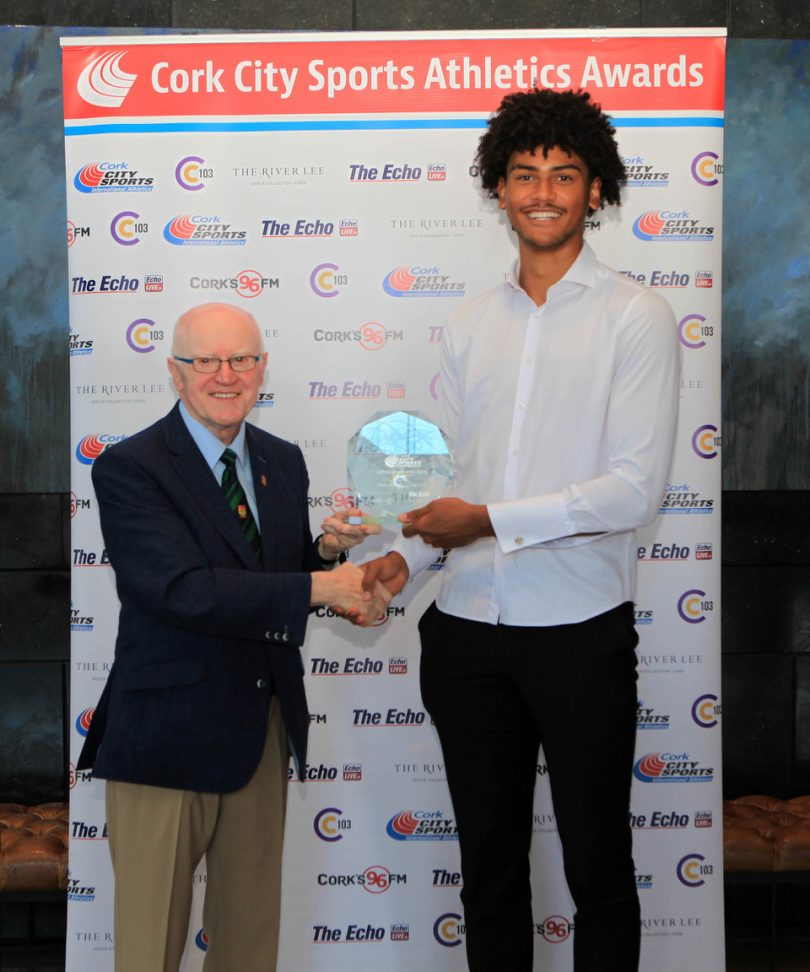