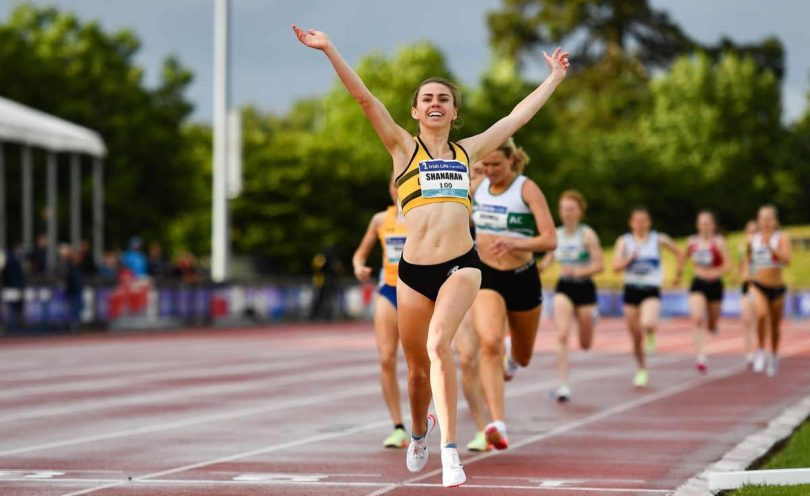 Leevale athletes approached the 150th consecutive National Senior Championships with confidence, they had done the training, worked out strategies with their coaches and they were ready to compete.  National Championships in June are unusual but the fact that both the World and European championships will be held this summer, the nationals are almost a month ahead of normal schedule. This should have provided nice summer weather, however this is Ireland and Morton Stadium was battered by high winds and thundery  rain for the entire weekend.

Pole Vaulter Una Brice won her first senior title when she won the senior women’s pole vault with 3.55m. She did this with just 4 vaults, having entered the competition at 3.35m.

Sam Healy and Reece Ademola represented Leevale in the men’s long jump. There was a very strong field in the competition with seven 7m+ jumpers competing.   Sam Healy jumped consistent throughout the competition and won with 7.54m. Reece found the windy conditions challenging and only managed one legal jump of 7.10m to finish 5th, which helped Leevale win the team competition, which is incorporated into the field events.

When Michelle Finn took to the track for the 3000m steeple chase the conditions were at their worst with strong winds and rain. However this did not deter Michelle who went on to secure her 5th connective national 3K SC title, her eight in total.

Leevale was represented in men’s throws by Micheal Healy who took victory in the 56lbs weight for distance 8.67m and silver second 48.66m in men’s discus.

In the women’s javelin Kate Moynihan threw 36.66m to finish in 7th place.

Louise Shanahan lined up in the 800m final to defend her title. Louise took control of the race from the start  and led from gun to finish, providing a master class tactical running to take victory and retain her title.

Leevale had two athletes line in up in both the women’s and men’s 100m finals. In the woman’s race Joan Healy and Lucy May Sleeman made the final alongside Rhasidat Adeleke and Molly Scott.  In an epic race Joan Healy stuck with Rhasidat throughout the 100m to cross the line for  a very impressive and well deserved 3rd place. Eighteen year old Lucy May Sleeman continues her sprinting development with a  5th place finish.

In the men’s 100m final Conor Morey  and Colin Doyle line up with a very strong field of sprinters. Colin responded best out of the blocks and ran a very strong and determined race in the outside lane to take bronze. Conor crossed the line in 7th.

When Conor Callinan took to the track to defend his pole vault title, the wind and rain were at their worst. Conditions had a major influence on the event and Conor finished 3rd with a vault of 4.50m.

Sinead O’Connor lined up in a strong field in the women’s 5000m final. In tough conditions Sinead fought hard and crossed the 4th place.

This was a superb weekend for the club, one to be remembered. 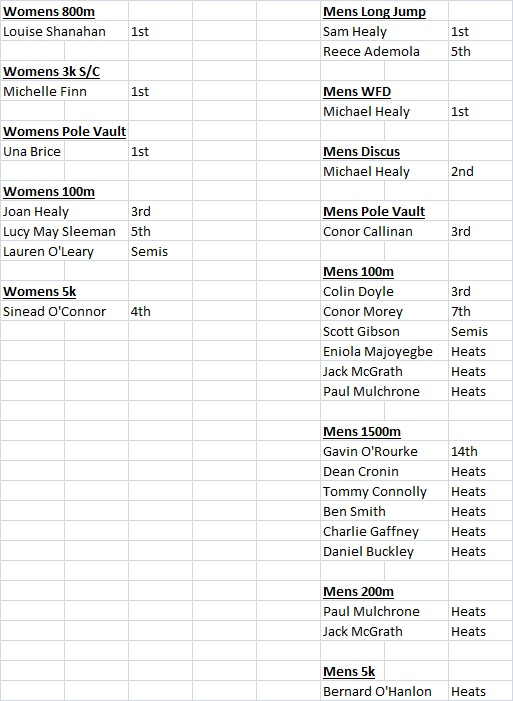 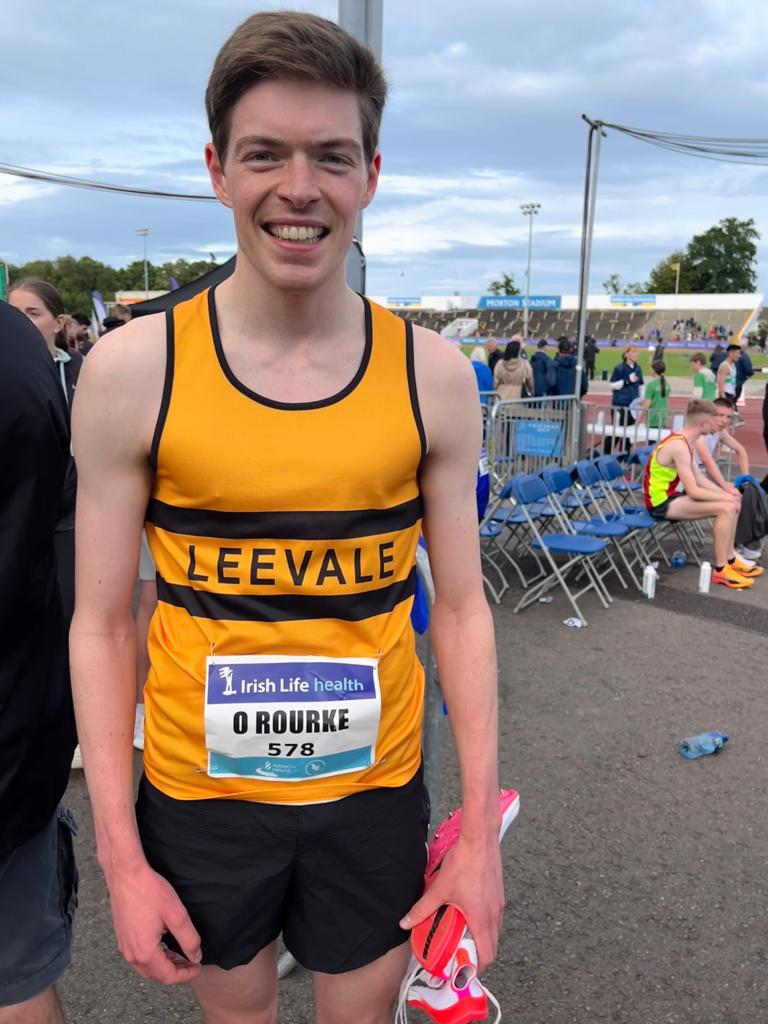 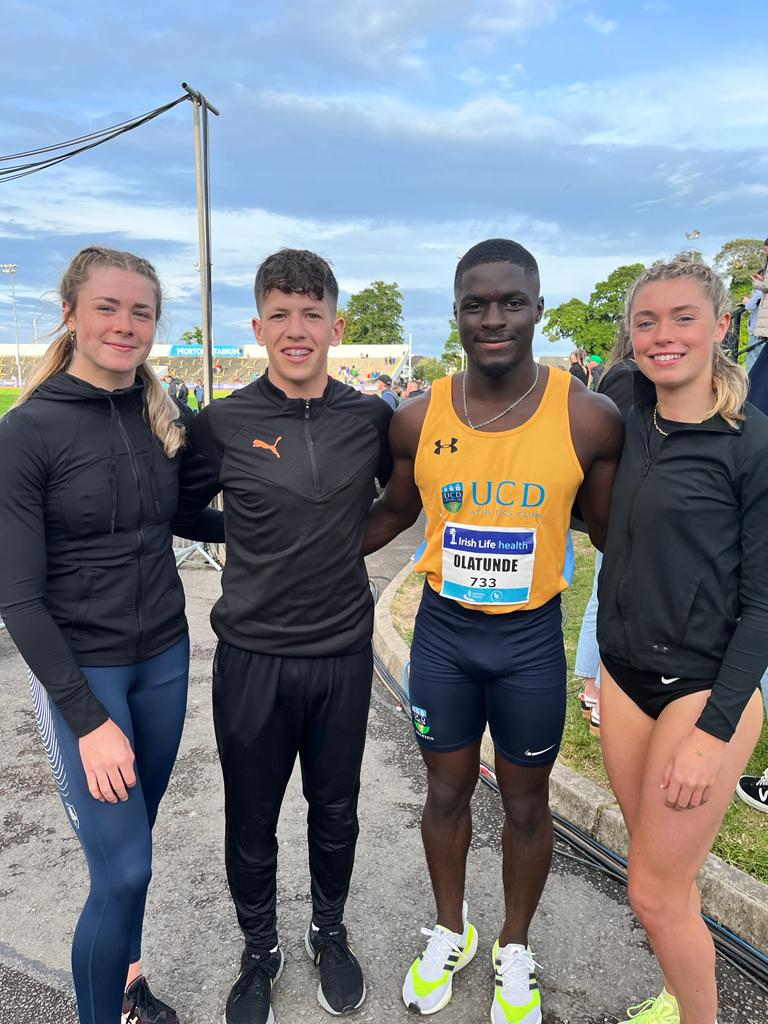 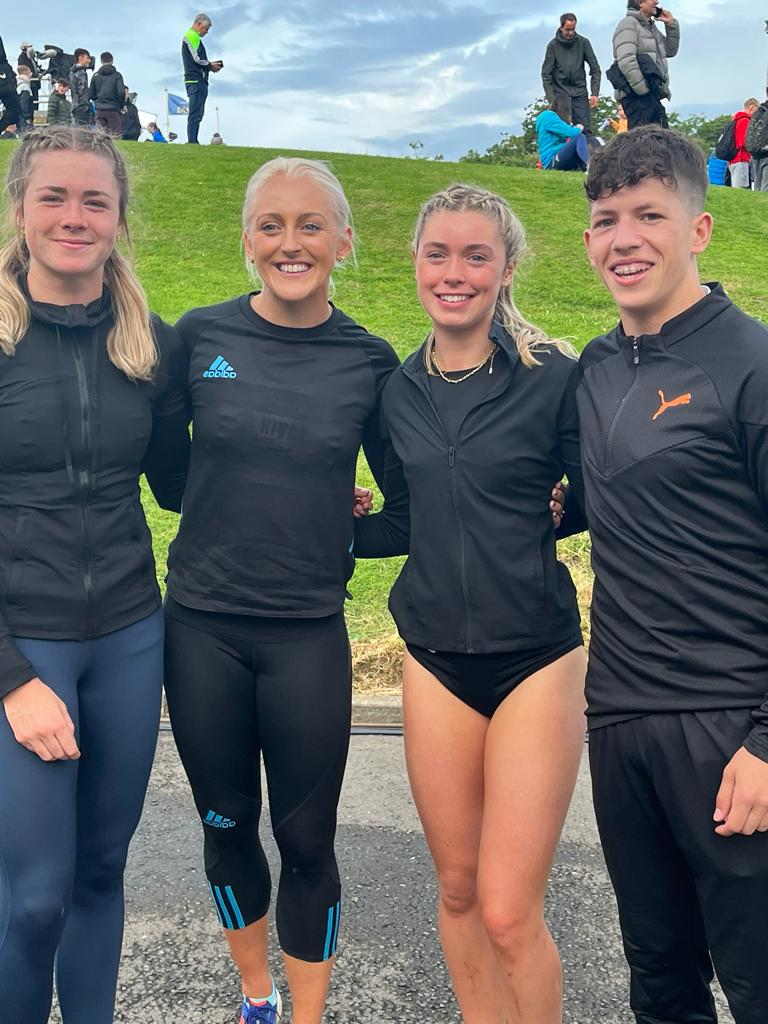 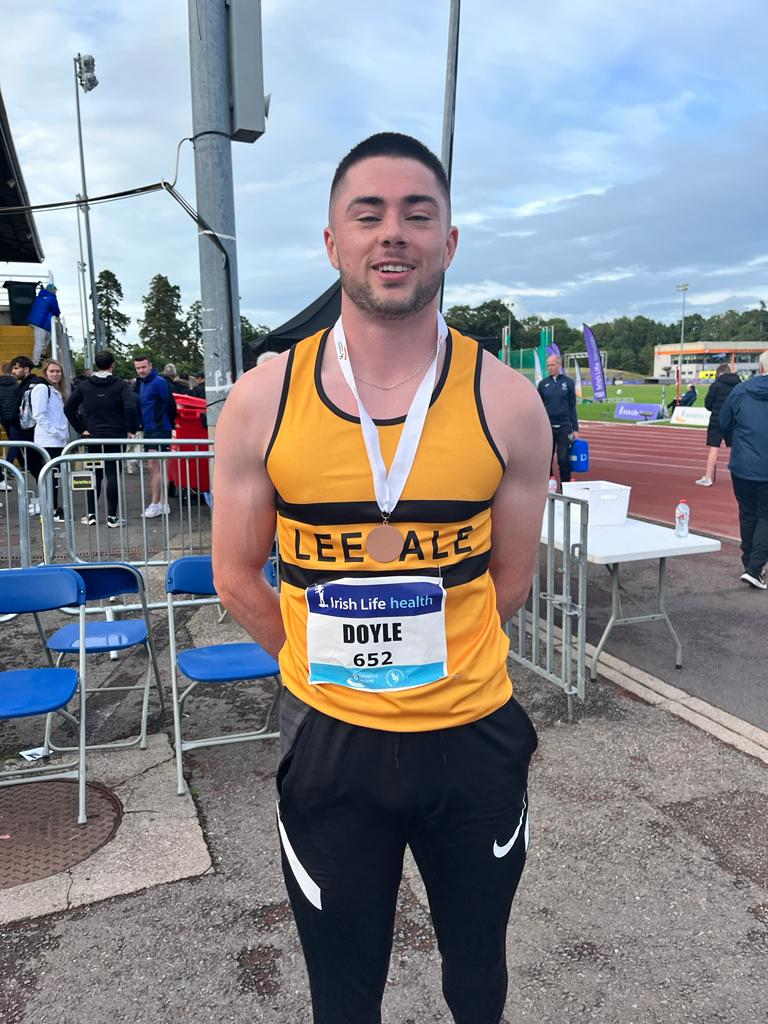 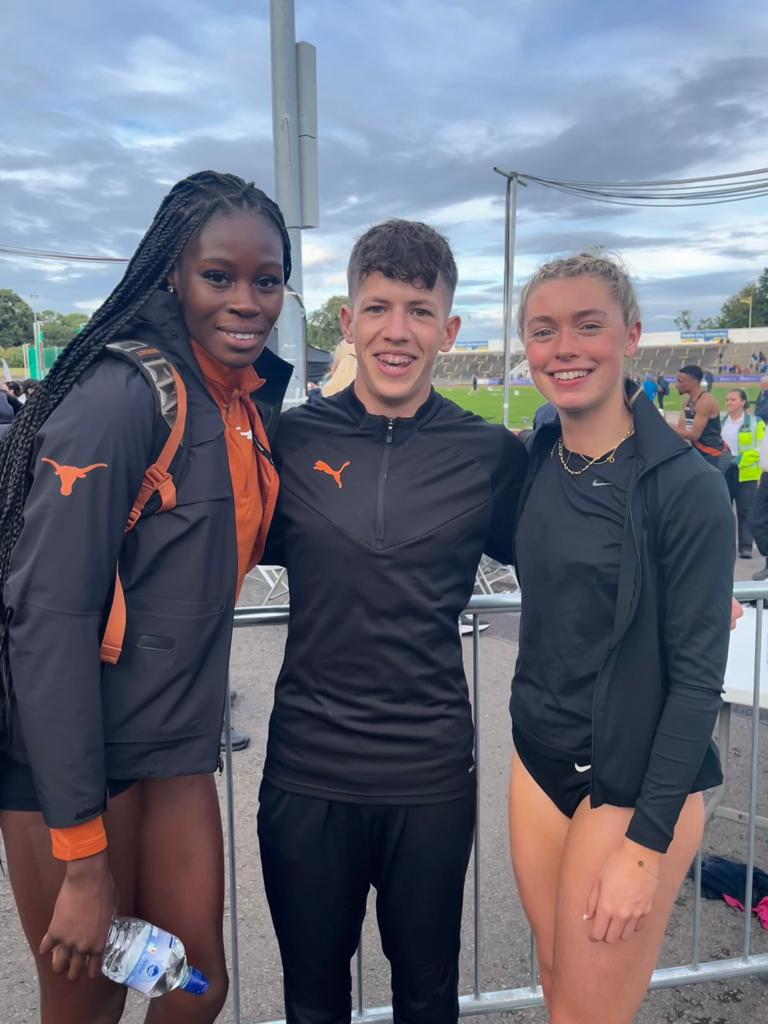 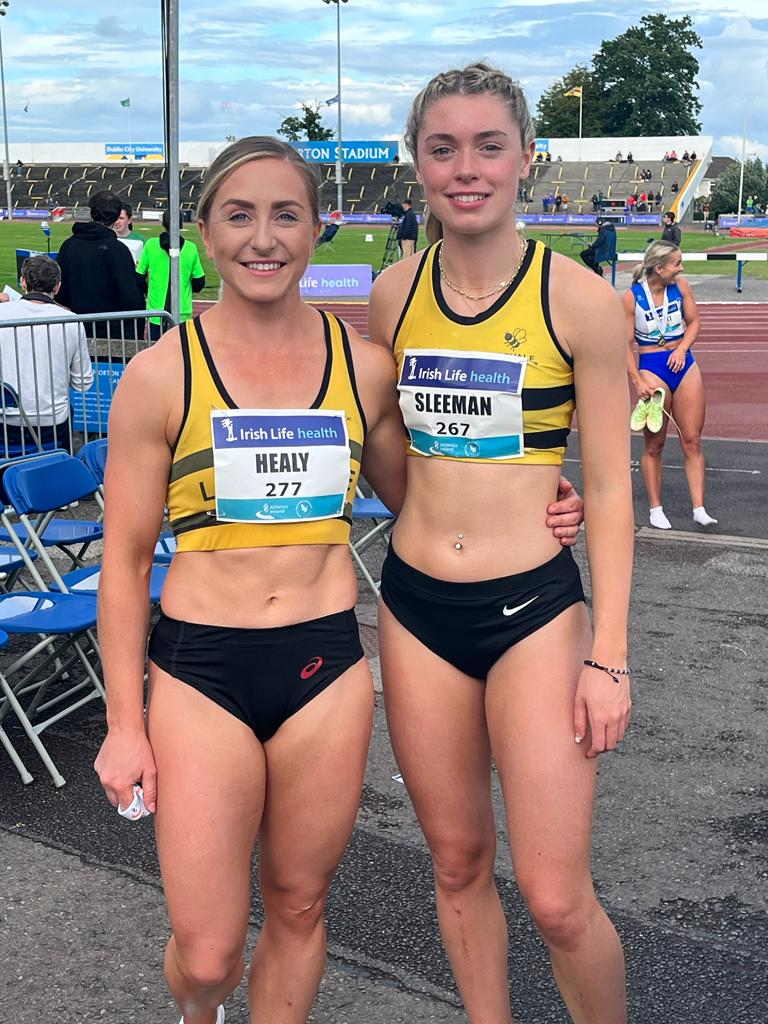 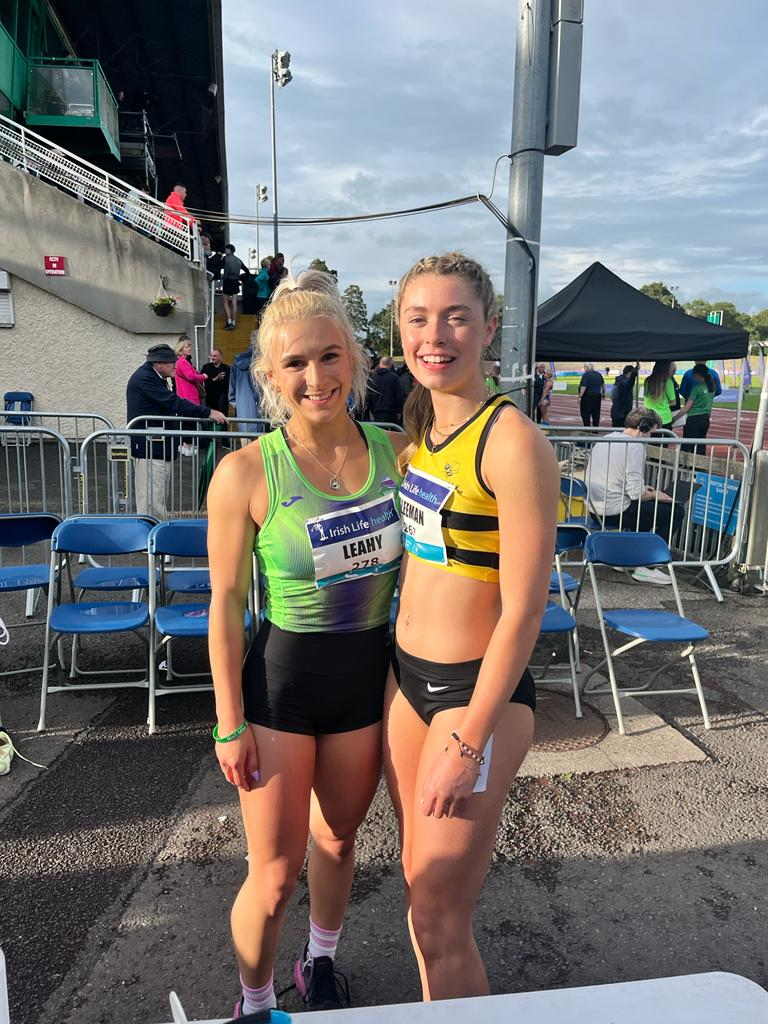 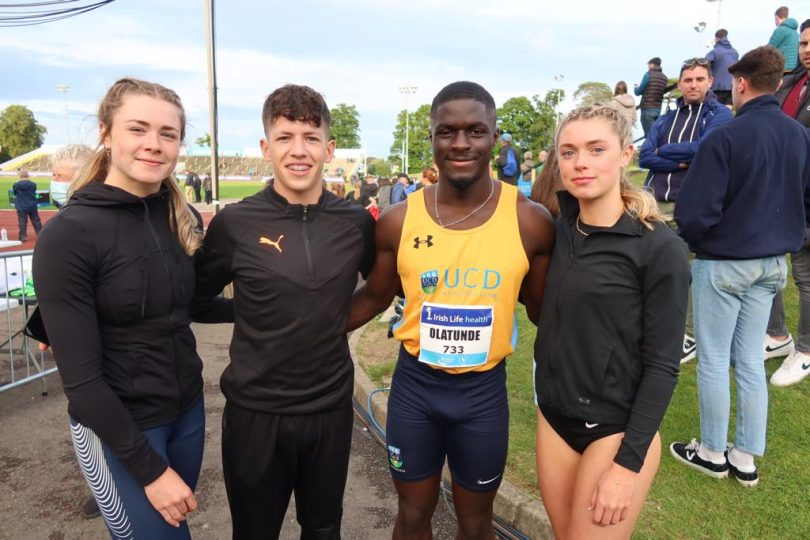 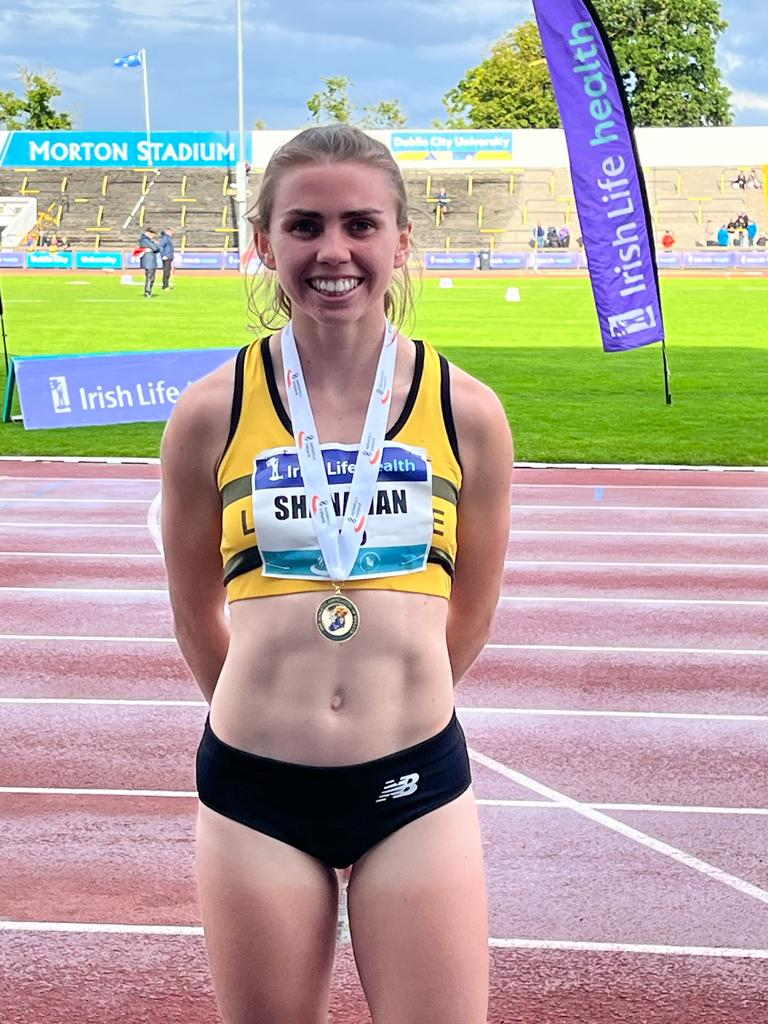 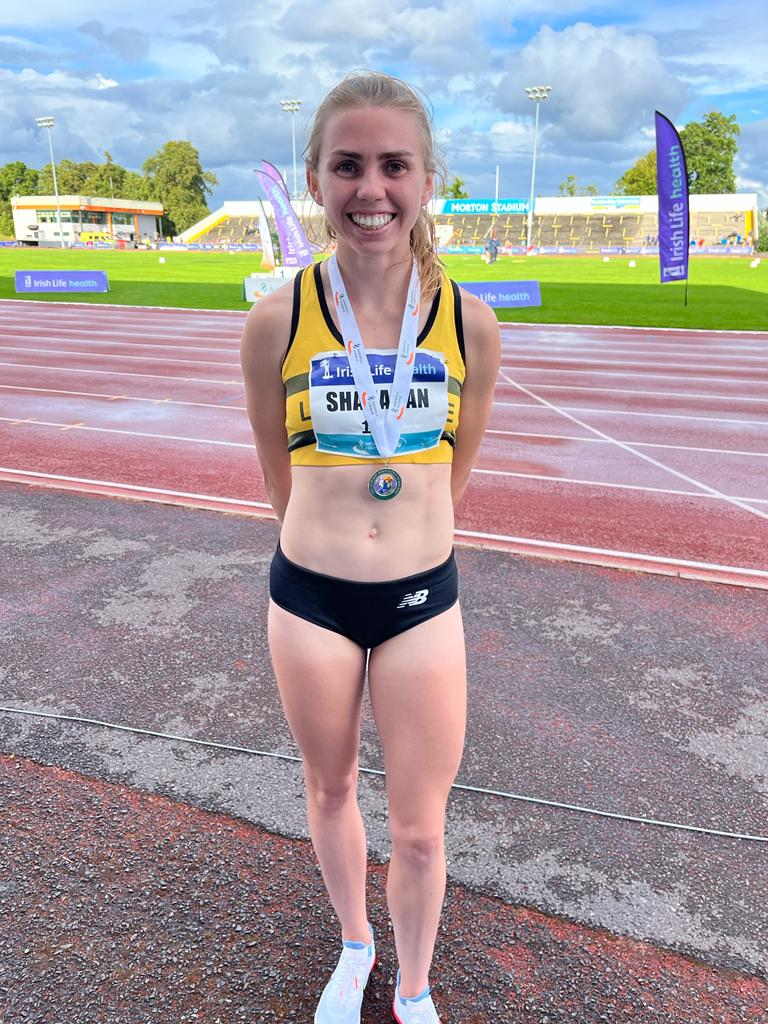 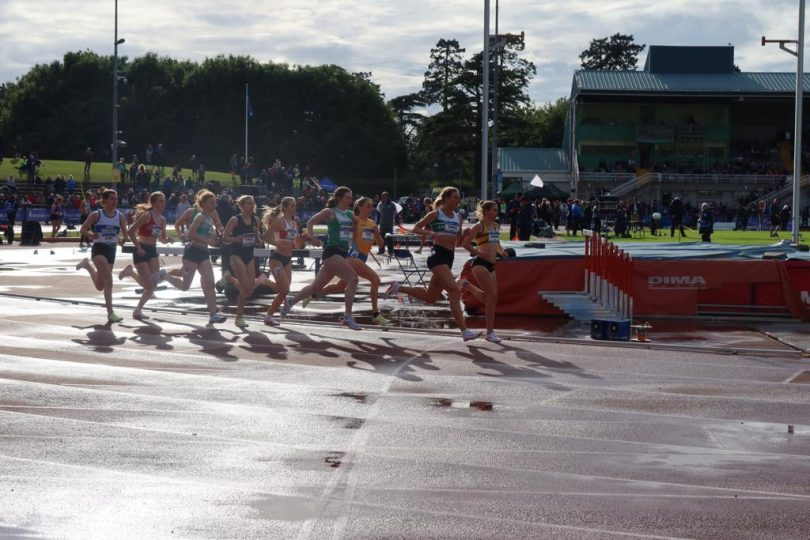 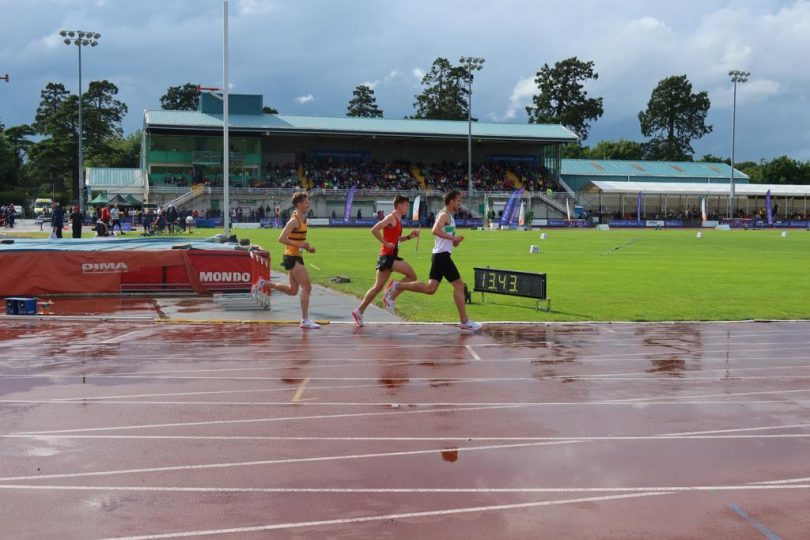 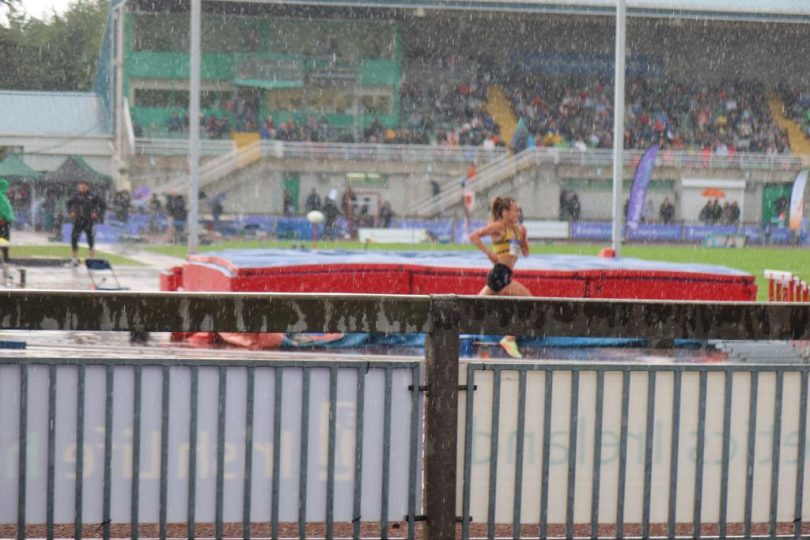 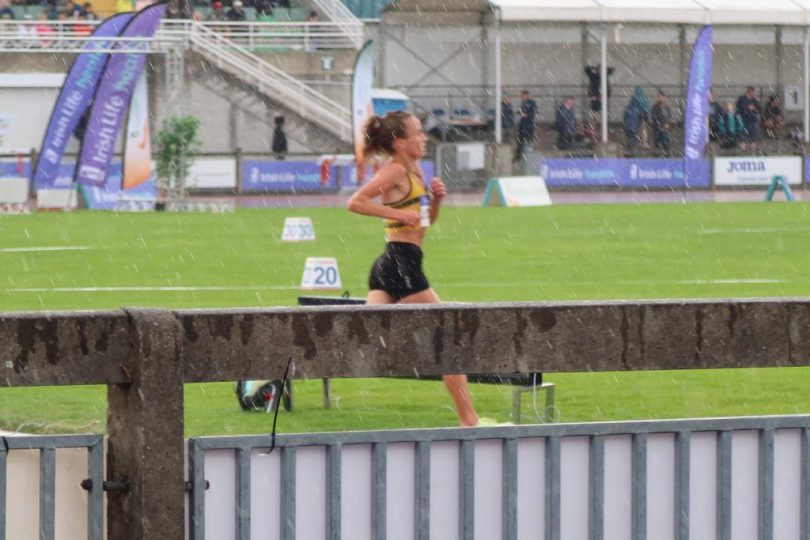 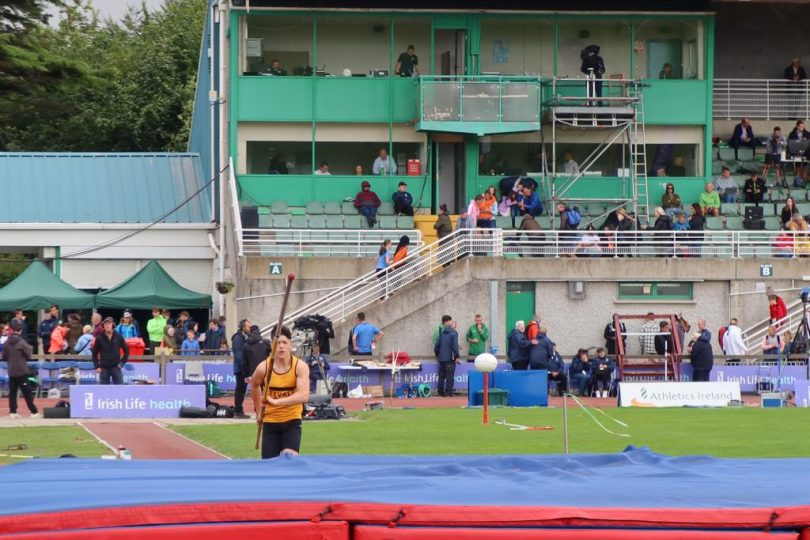 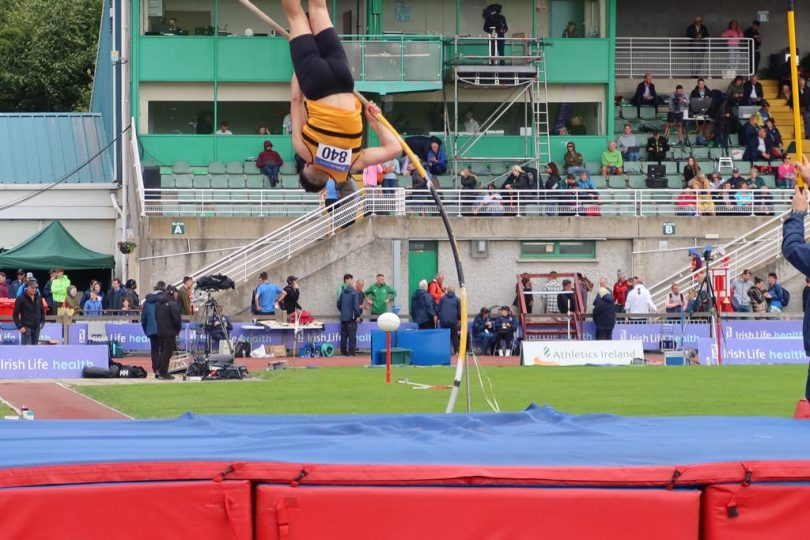 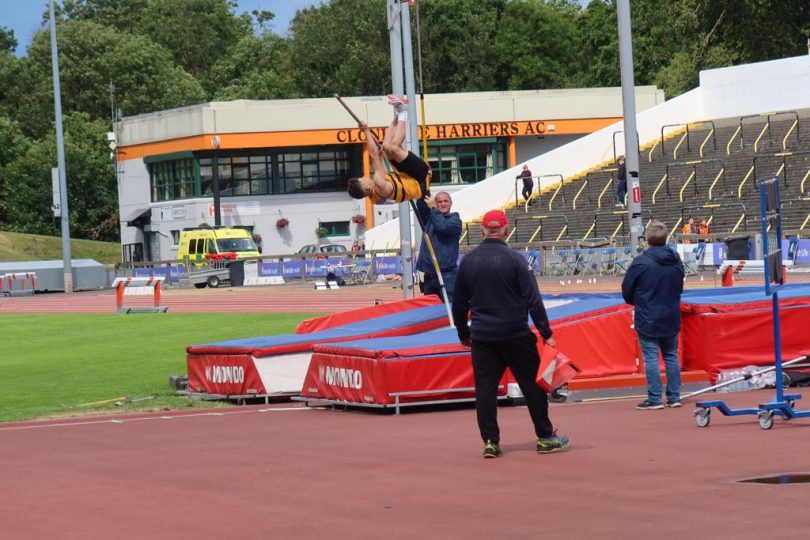 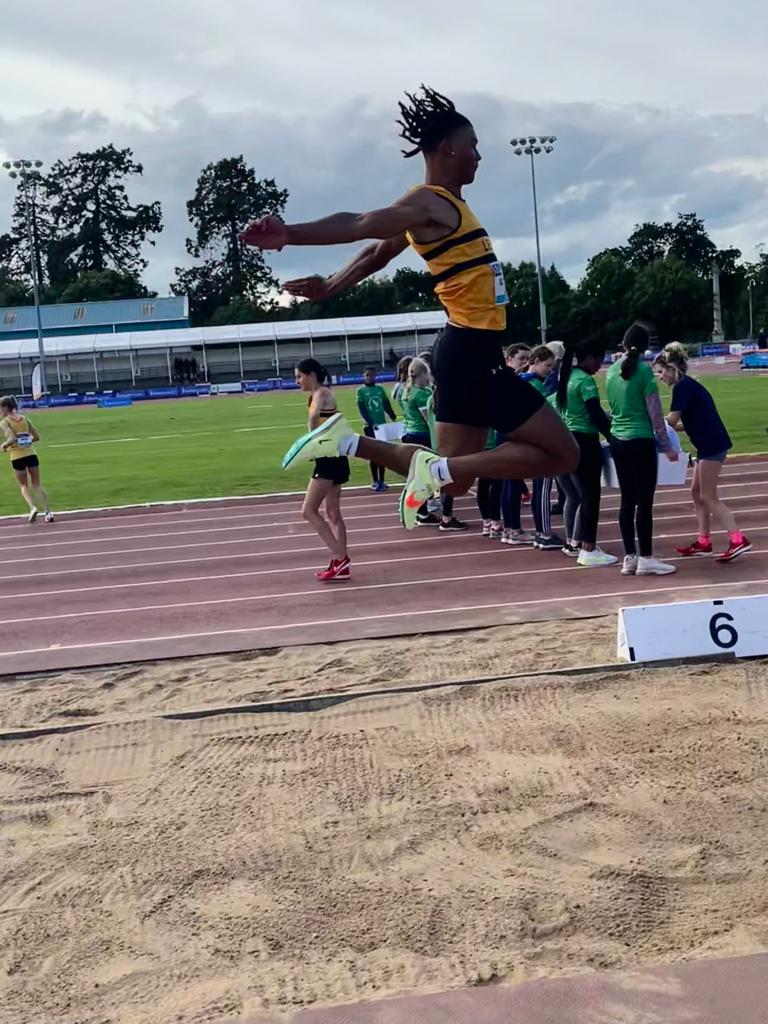 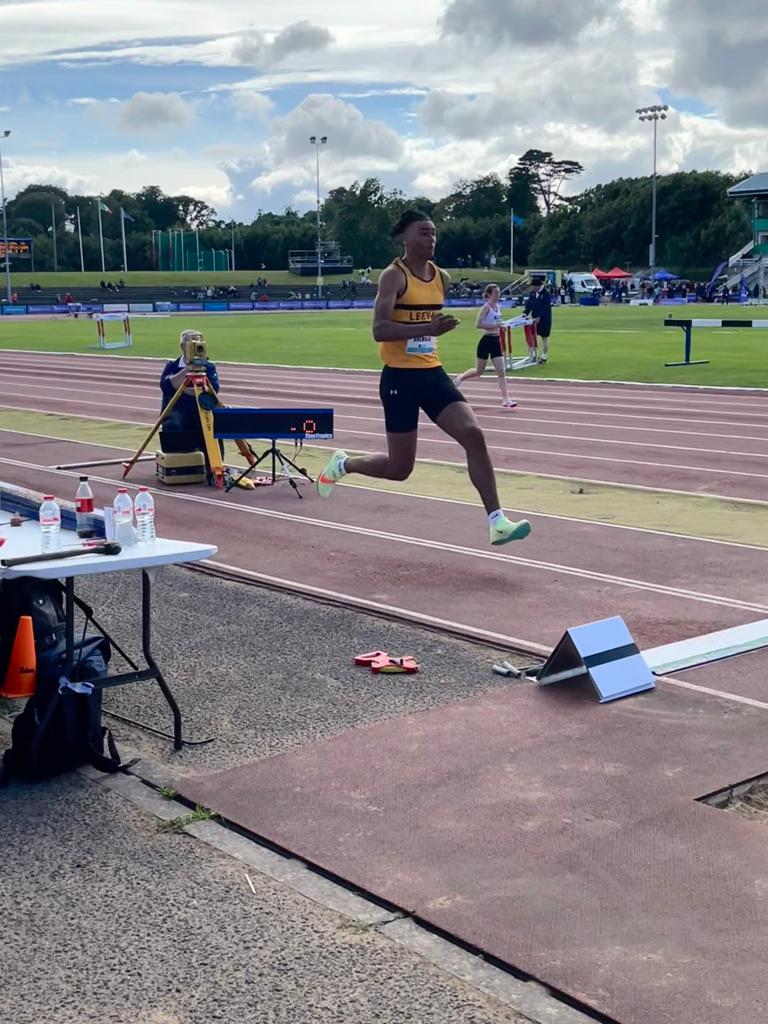 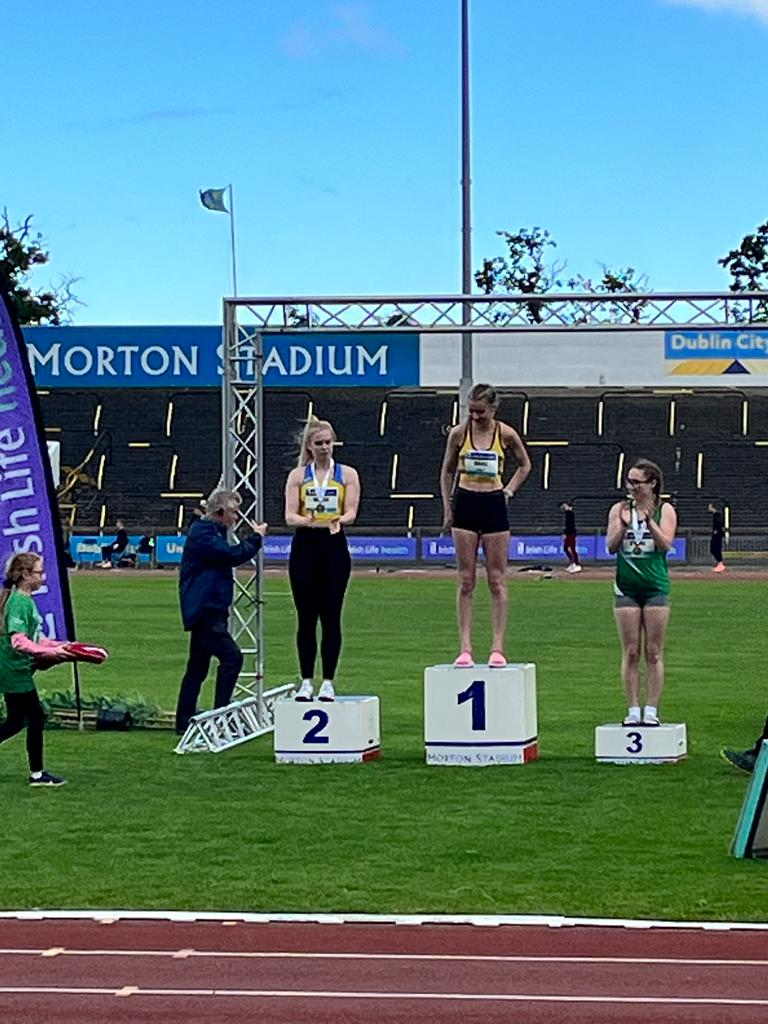 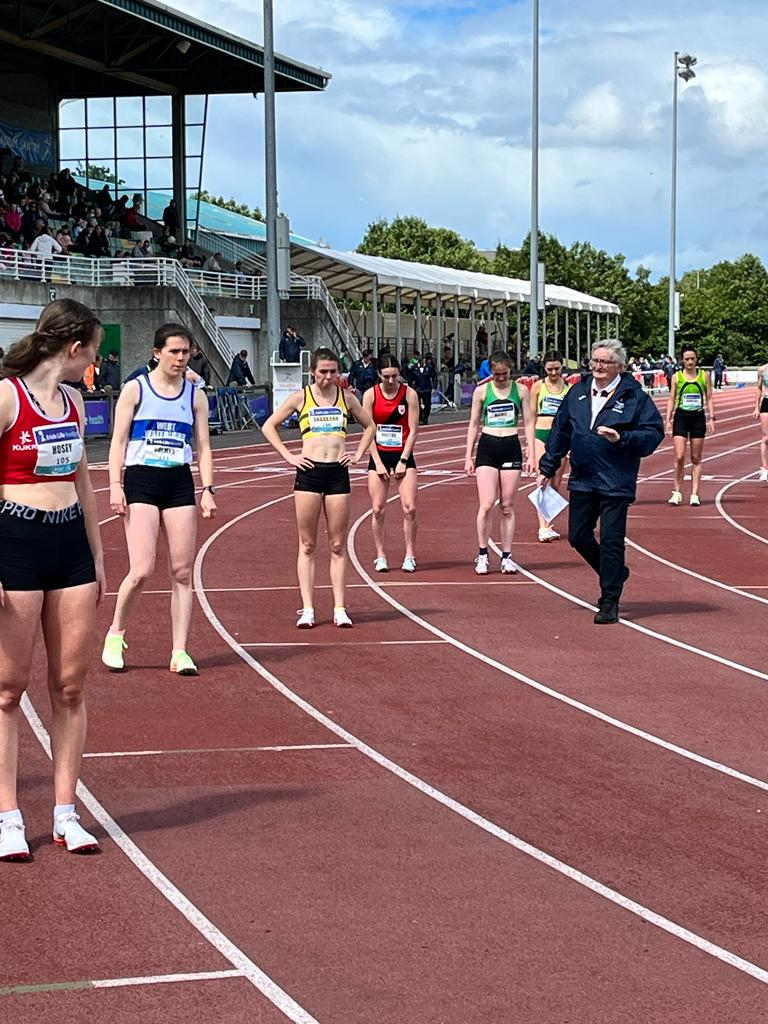