It was another big weekend at the new Athlone IT arena with AAI national championships taking place for Masters on Saturday, and the Junior & U23s on Sunday.

On Sunday big numbers were the order of the day. There were heats a-plenty, especially in the shorter distances, as athletes set about achieving new PBs on the ultra-fast track and pleasant surroundings.

Edmond O’Halloran’s form continues to improve. This was clearly demonstrated when he won both the U23 men’s 60m and 60m hurdle events. Also competing at U23 Christine and Jessica Neville finished third and fourth respectively in the women’s 400m.

Louise Shanahan, new to the junior ranks, had a good win in the 800m. A tactical race meant the time was well outside her PB. Kate Waterman has and excellent second place in the junior women’s 200m. 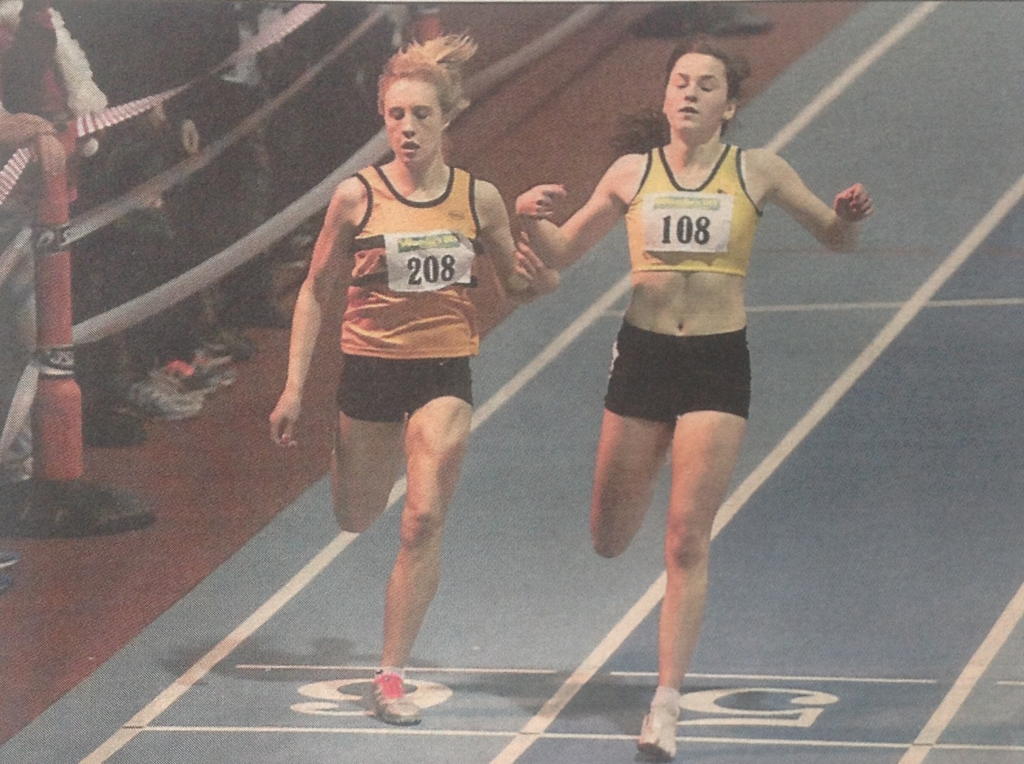 Derval O’Rourke was also in action today in the UK wining the British indoor 60m hurdles title in 8.10. her preparation for the European Indoors is coming along well.