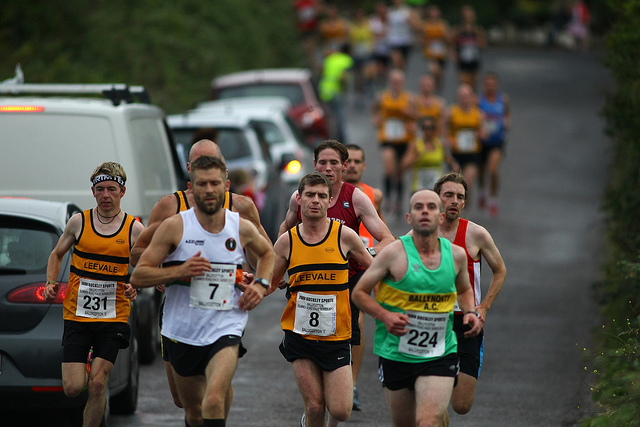 There were prizes galore for Leevale athletes at last night’s Ballycotton 5 miler. The race was the final one in this year’s Summer Series and marks the traditional end of the summer road racing season.

Leevale’s women took pride of place, with Lizzie Lee taking victory on the night in a new course record of 27:33. This is a huge improvement for Lizzie, a full minute faster than her previous best for a race that she has run each year since 2009.

Helen Leonard also had a great run on the night, second overall in 30:42. This was enough for Helen to take 2nd in the overall series. Orla Hayes was next home for Leevale, 4th in 32:06, just ahead of Ann Moore who won the F45 category.

First home in the men’s race for Leevale was John O’Connell, who had a good run to finish 8th in 27:04, followed by Cillian Ó Tuama 9th. John Collins was happy with his run in winning the M55 in 29:34, while Mark Bickerdike was 2nd M50 and John O’Leary was back to winning ways in the M70. The men’s race was won by East Cork’s Seán McGrath, who took a clean sweep of 4 victories to win the Summer Series. Cillian Ó Tuama was the first Leevale finisher in the series in 6th, with John O’Connell 8th.