It can truly be said that Liam Horgan was too young to die.

His loss leaves a void in so many areas of life where his contributions and achievements were considerable.

An intelligent, articulate man of the highest integrity, he brought dedication, loyalty, passion, and good humour to everything he was involved in.

His loving family will of course bear the brunt of his loss. His wife Cathy, son Mervyn and daughter Linda and four young grandchildren will miss him most of all.

Liam and Cathy were the love story of Leevale, always together at sports events, meetings and celebrations. Their love prevailed to the end; you only had to hear the way they spoke to each other to understand. Theirs was a happy and fulfilled life.

His brothers Tom and Frank, and sisters Mary and Bina will certainly miss his reassuring presence. 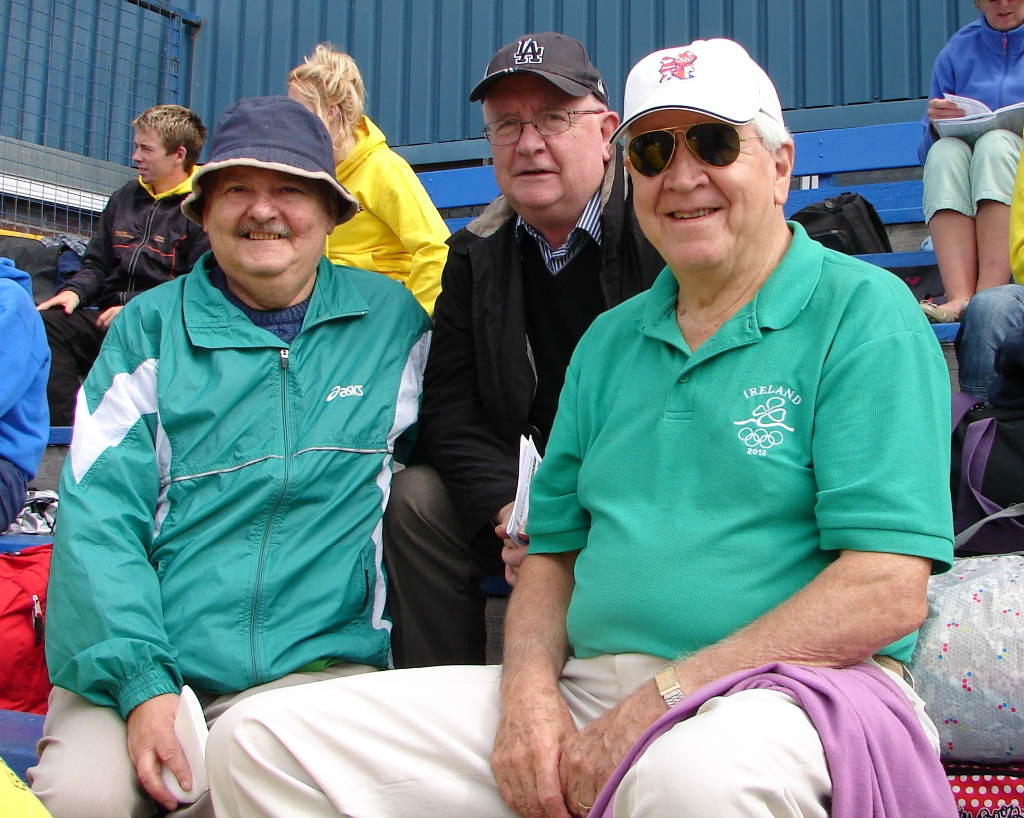 I first got to know Liam in 1967 when we were among the founding members of Leevale. We quickly realised that we had a lot in common: a shared birthday, attendance at Douglas primary school and then the North Mon. It was a good start to a life-long friendship.

Liam was introduced to the sport by the great Fr. Nessan who was on a mission of revival of athletics in schools and clubs at that time. And how successful it was too! In the Mon Liam teamed up with Donie Walsh and John Shine among others and were hugely successful in Irish colleges’ distance running, especially cross country. As a junior, he had to compete against some of the best juniors ever in Cork, among them the great John Hartnett of Grange, later a neighbour in Ballincollig and great friend to this day. Liam just missed the Irish team for the European Championships that year. John Hartnett went on to win the individual title in Vichy, France later.

Liam immediately graduated to the senior club team and with them went on to over a decade of unprecedented success. Numerous county, provincial, and national medals were won over cross country, track, and road, including marathons. I must emphasis that there were no ‘soft’ medals to be won in that “golden era”. Club competition was fierce with the ‘Barrs and Grange-Fermoy in particular fielding outstanding teams. Outside Cork, the great Donore Harriers were major rivals. To get on the scoring six in Leevale teamswas a major challenge in itself as greats such as Donie Walsh, John Shine, Dick Hodgins, Ray Treacy, Jackie Callaghan, Pat O’Riordan, Hugh Parnell, Micheál Walsh, Gerry Murphy, Gene Mealy, Tony O’Leary, Joe O’Flynn, Michael Lawton and the great Marcus O’Sullivan all wore the singlet in those times.

Men like Liam won their medals in the team engine-room. They were tough, hard men who were the heart of great teams, led by the likes of Donie Walsh, John Buckley, Dick Hodgins, John Hartnett, Mattie Murphy, Liam O’Brien and others who fought out the individual places for club and county.

As we all know, Liam smiled a lot, but there was a steel and tactical craft behind the smile. The statistician in Liam would chide me for not listing how many medals were won by teams and individuals over that period. It was a great period of success and enjoyment in his life which he could recall with great accuracy and humour. In this time he forged so many friendships all over the country.

With his racing career over, Liam concentrated on raising a family and building a career with the same zeal he applied to his running. In these he achieved great success and fulfilment.

Liam’s passion for athletics never waned, always keeping touch and attending races. Some 18 years ago he became involved in the administration of the club, first as Hon. Sec. for 7 years and then as Club Chairman for the past 11 years. Over that period he was mainly instrumental in transforming Leevale into arguably the premier club in Ireland. His management and team-building skills were first-rate as he identified and set up the structures necessary for a modern successful club, placing special emphasis on youth development.

As his battled his illness over the past two years he continued to attend club meetings, training sessions, and sports events all over the country. With all his family he enjoyed a great week at the London Olympics. He heroically braved the snow and freezing conditions at the World Cross Country Championships in Poland.

On his watch as club administrator, a 2-day annual Open Sports meeting has been successfully promoted. Irish Championships are being won in all age groups and events, especially at senior level. The club’s tradition of producing Olympians and major international contenders has been maintained. The list is impressive: Derval O’Rourke, Ailis McSweeney, Lizzie Lee, Carmel Parnell, Claire McCarthy, Orla Barry, Donal McCarthy, Ciarán Ó Lionáird, Mark Hanrahan, and youth athetes Louise Shanahan, Edmond O’Halloran, and Luke Hickey. All were a source of of pleasure and pride to Liam.

He was a fan, supporter, and friend of Robert Heffernan of Togher AC for years, always believing he would win a big one. When he did, no man was happier than Liam.

Liam will have good company in the next world, where he will meet an illustrious list of previous chairmen: Joe O’Flynn, John Smyth, Bernard Walley, Liam Murphy, all having passed in the last 3 years. He will also meet Joe O’Donovan, Kevin Barry, and Fr. Nessan. There will no doubt be some good stories told there, and there may even have to be a cabinet reshuffle!

I will say goodbye to Liam with a few lines from A.E. Housman’s poem, “To an Athlete Dying Young”:

The time you won your town the race
We chaired you through the market-place;
Man and boy stood cheering by,
And home we brought you shoulder-high.

To-day, the road all runners come,
Shoulder-high we bring you home,
And set you at your threshold down,
Townsman of a stiller town.

Today we grieve and pray for Liam and we also say thanks for his inpsiring legacy. For a good life, for all the good times. He is a hard act to follow.