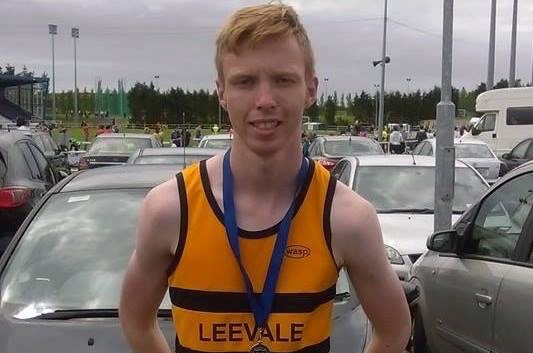 Leevale juvenile athletes travelled to Waterford over the weekend to compete in the Munster Juvenile T&F Championships. There were great performances by all the athletes who travelled.

The high jumpers reached new heights with Molly Healy producing a PB of 1.60m to win gold in the girls U17 event. Cian O’Brien won gold in the BU18 event, clearing 1.75m while Tommy Connolly rounded off what was a great Munster Championships for the high jumpers by claiming bronze in the U14 event with a PB of 1.55m.

Kaitlyn Coffey secured silver in a very competitive 800m. Daniel O’Mahony and John Forde won silver in their long hurdles events. Also securing a place at the All Ireland’s was Aishat Onilogbo with a 4th place finish in the GU15 100m.

Well done to all who competed today.