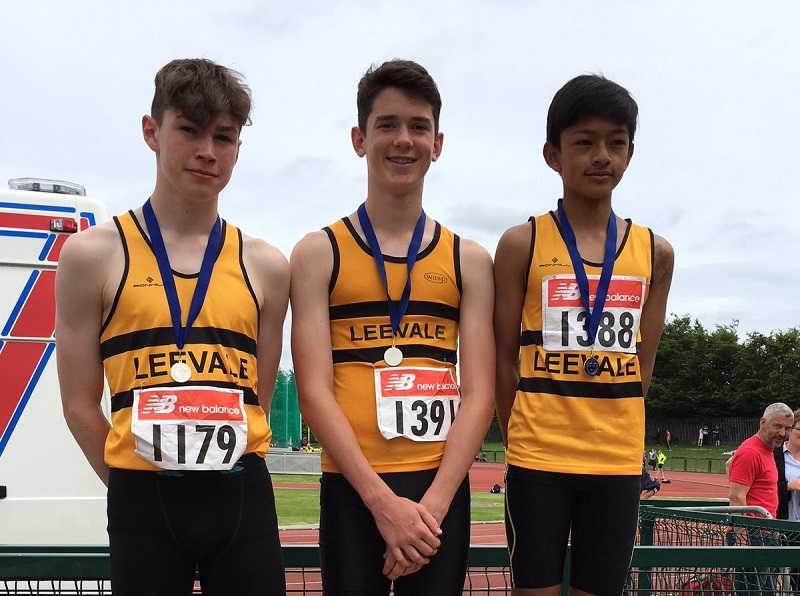 Leevale athletes were in fantastic form at the Munster U14-19 juvenile championships which took place in the CIT over the weekend. Leevale once again were the top club, taking a total of 18 Munster titles which included 2 championship best performances (CBP). There were 43 medal positions in total spread across the full range of events on offer.

The boys U15were in top form, accounting for 9 titles in total. Wymin Sivakumar completed an impressive triple when winning the triple jump, long jump and also the 80m hurdles where he led a Leevale clean sweep of the top 4 places. Robert Twomey completed a sprints double, winning both the 100m and 200m against stiff opposition. Tommy Connolly was equally impressive when completing an 800m/1500m double. Shane Aherne was a clear winner of the 250m hurdles. Wymin, Robert, Shane and Daniel Hurley combined to win the 4x100m title in a new CBP of 48.40s.

Reece Ademola was once again in record breaking form when setting a new CBP of 1.66m in the U14 high jump, bettering the mark previously held by Sam Healy. This was the 3rd Munster high jump record set by a Leevale athlete in this year’s Munster outdoor championships. Reece was also a comfortable winner of the long jump and anchored the 4x100m team to victory.

In addition, many Leevale athletes performed excellently when finishing just outside the medals.

The full list of Leevale medalists is summarised below.

The full results are available on the Munster AAI site. 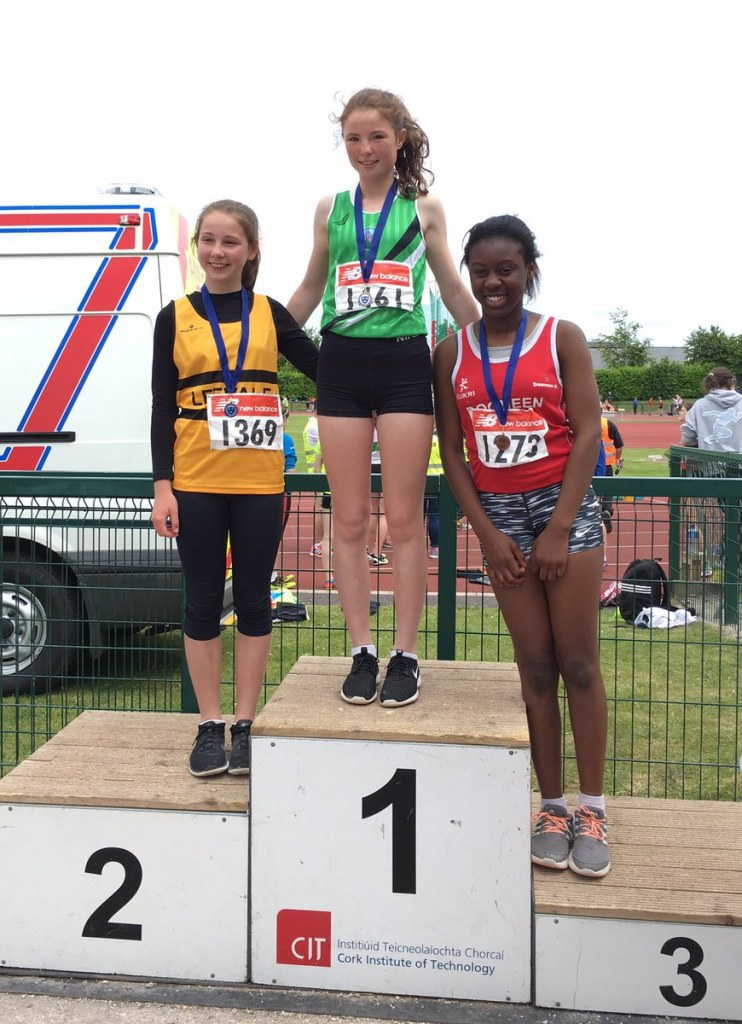 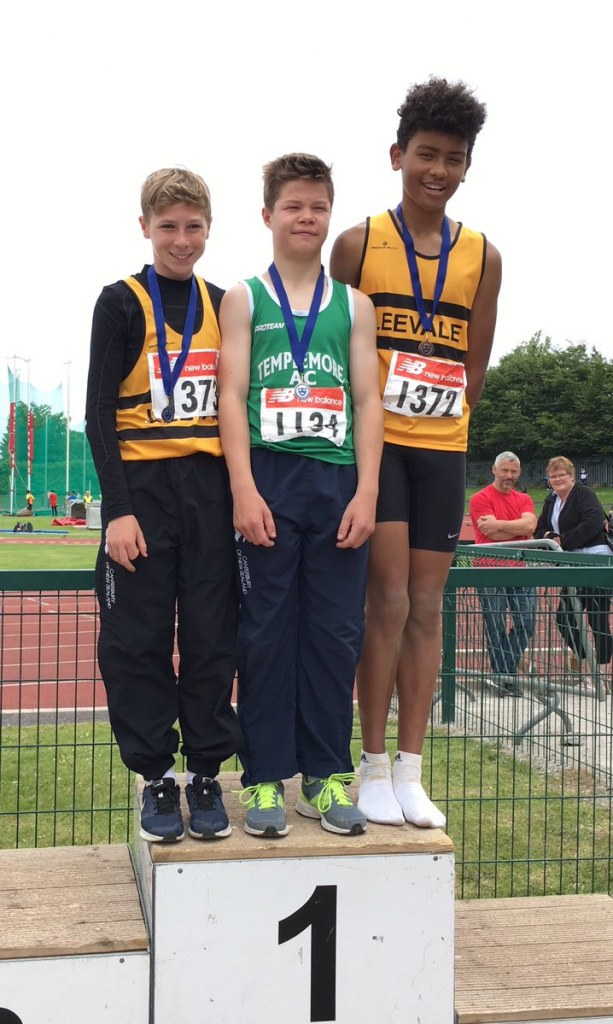 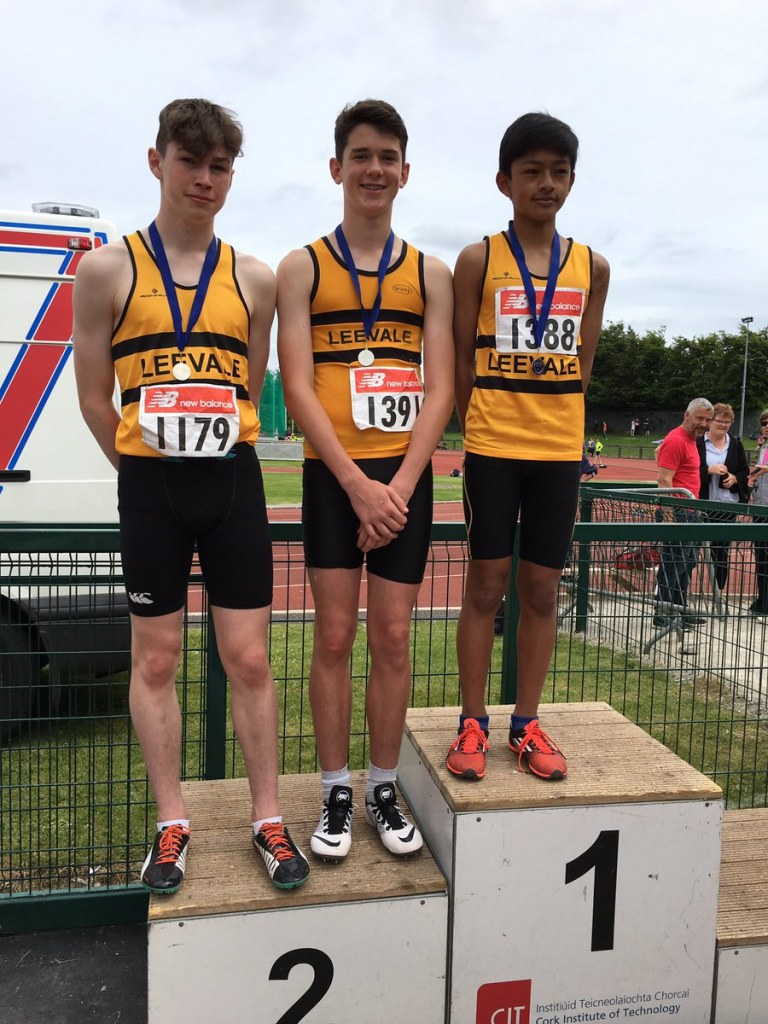 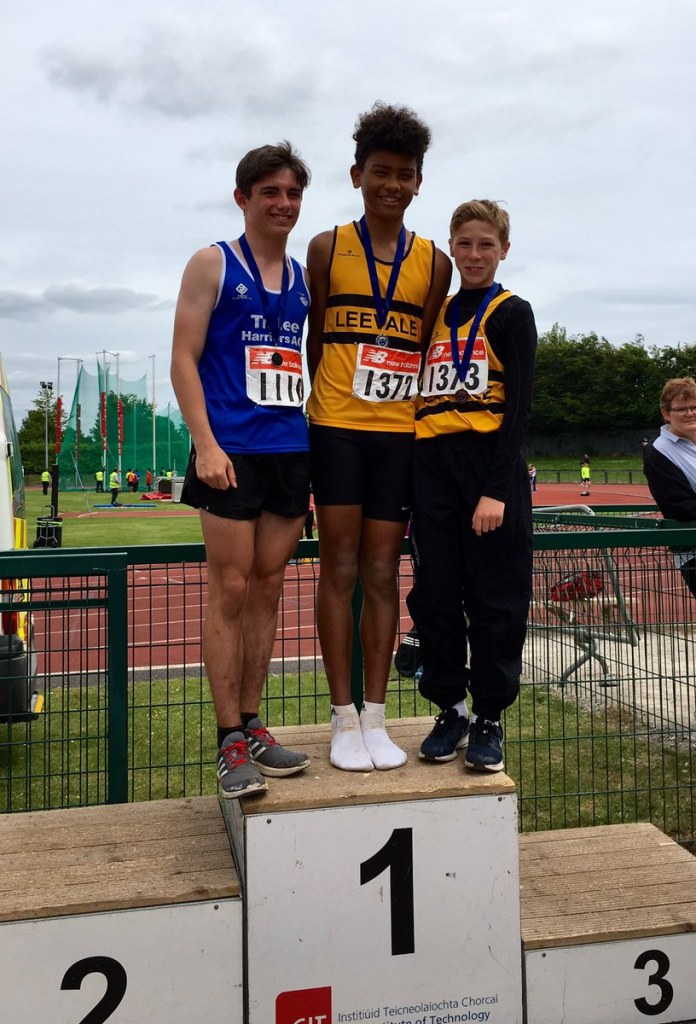 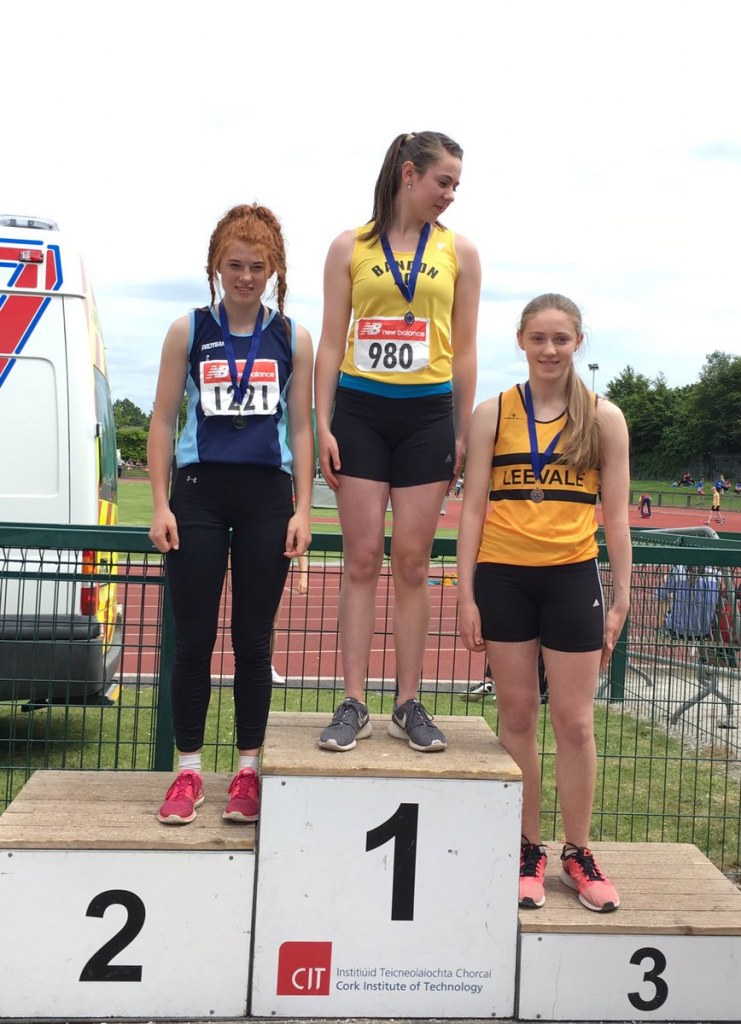 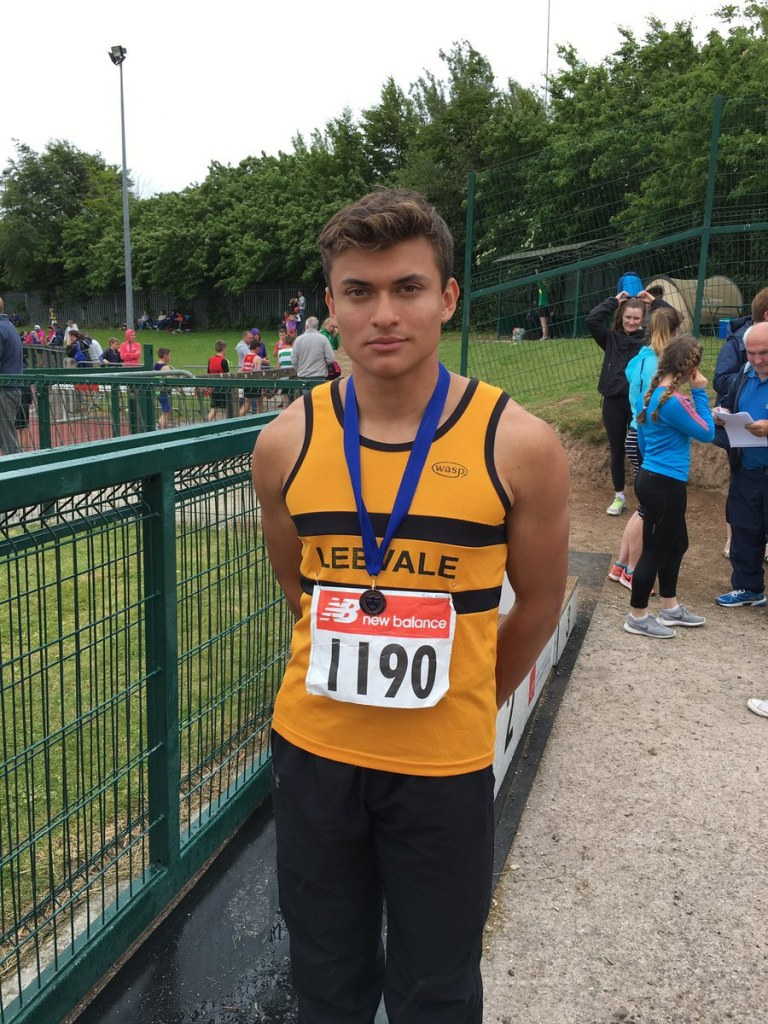 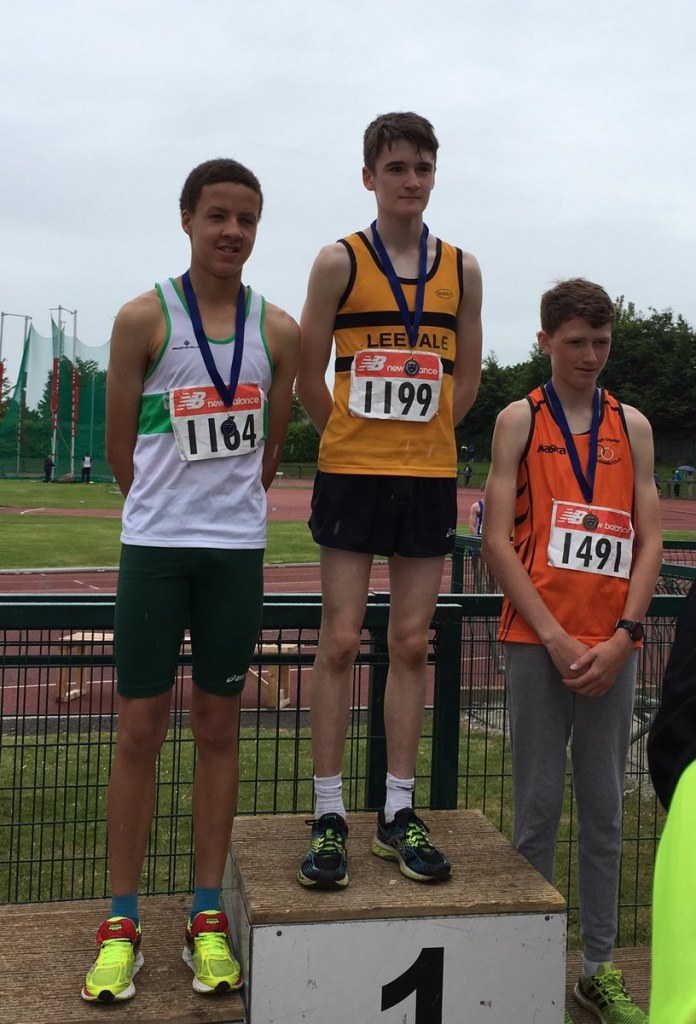 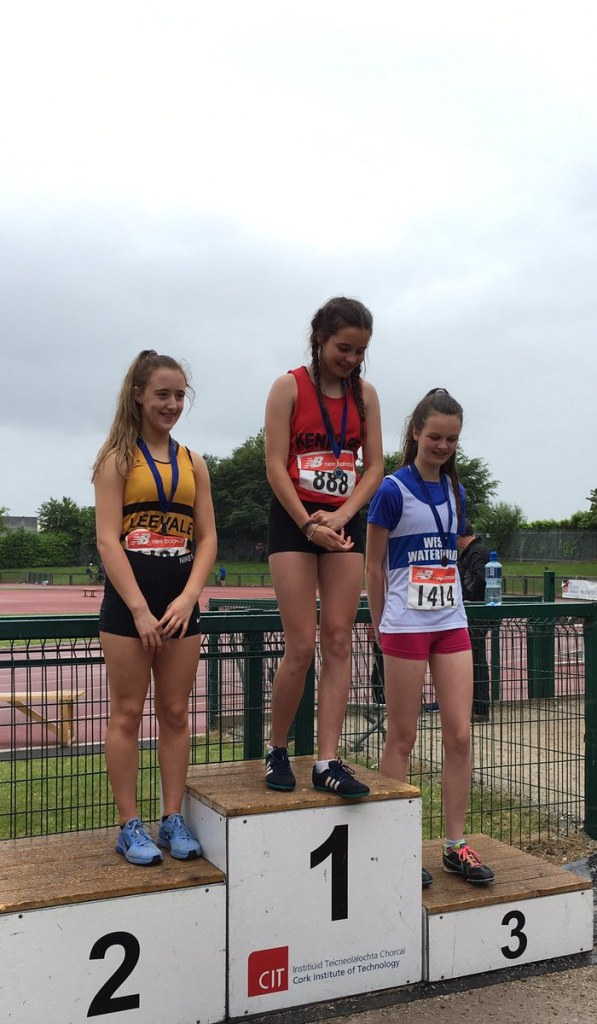 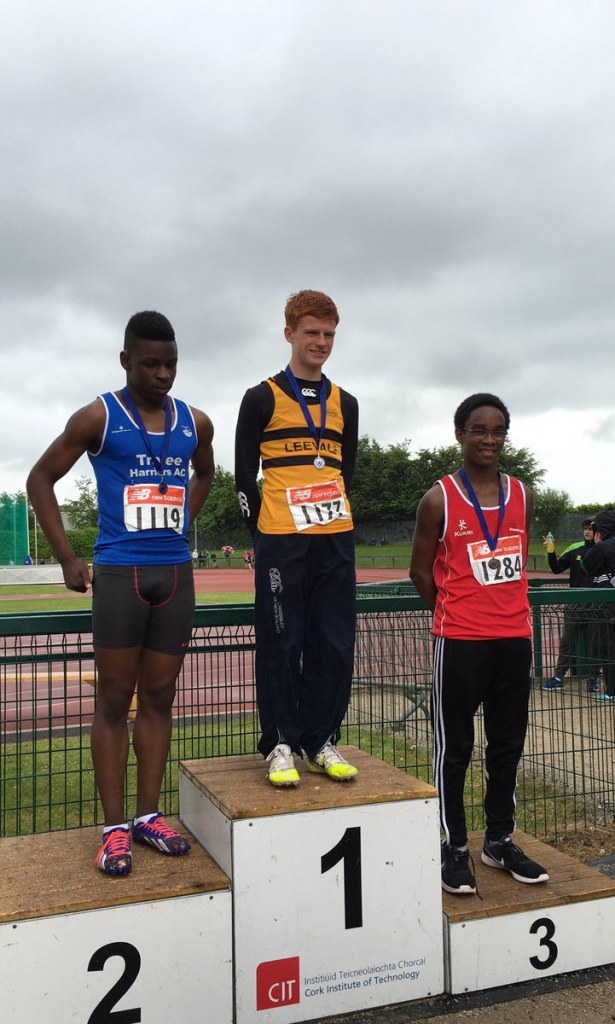 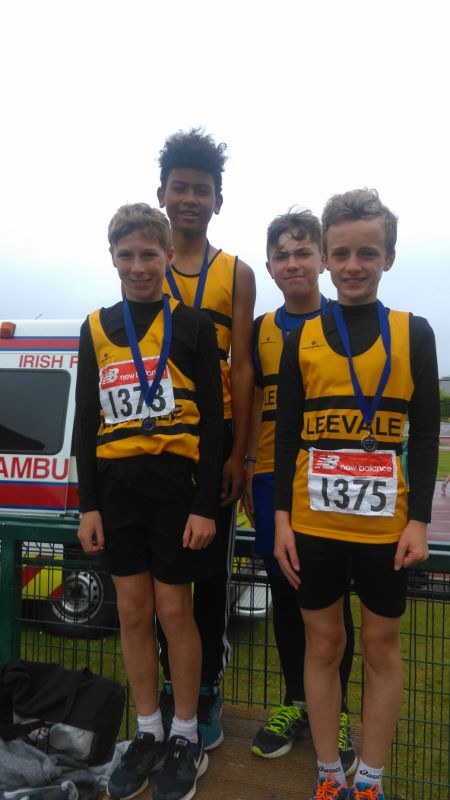 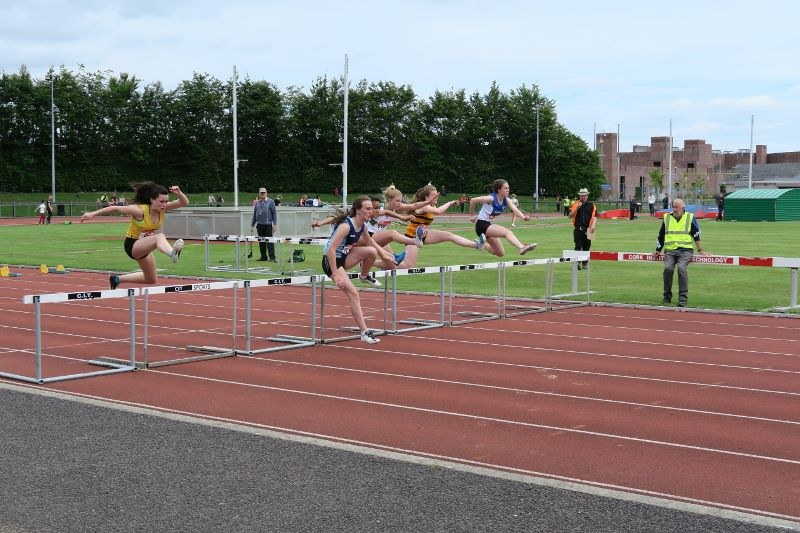 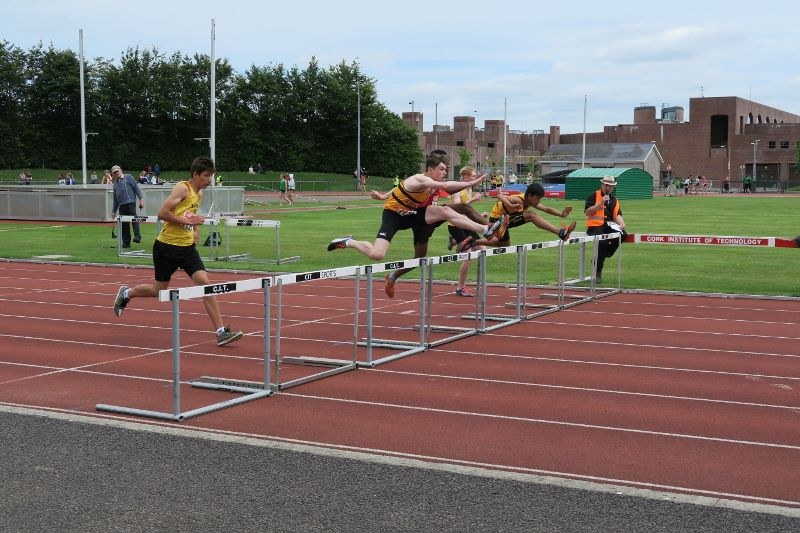 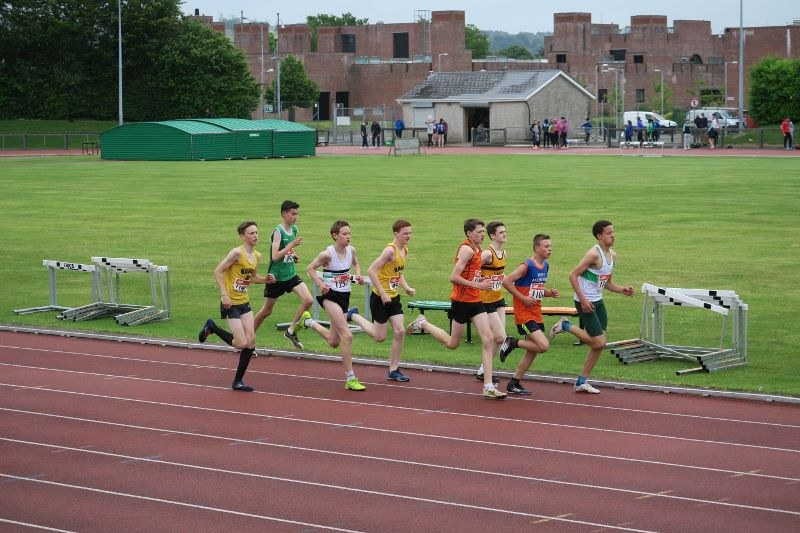 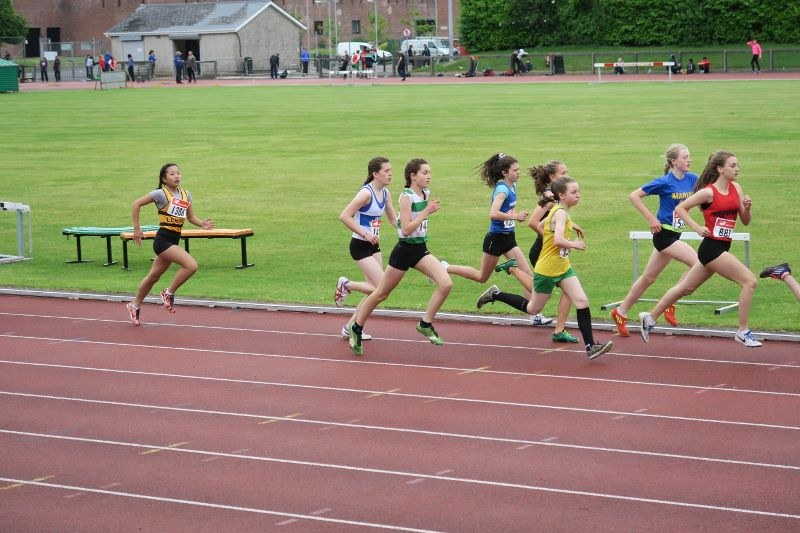 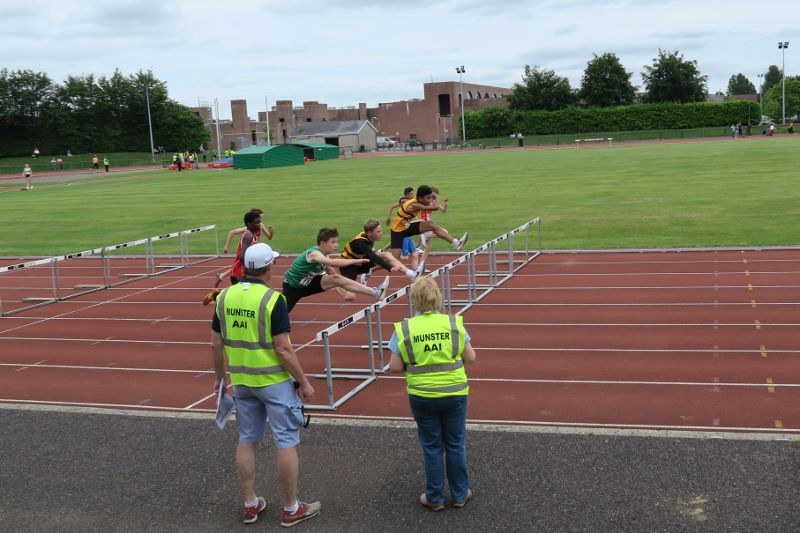 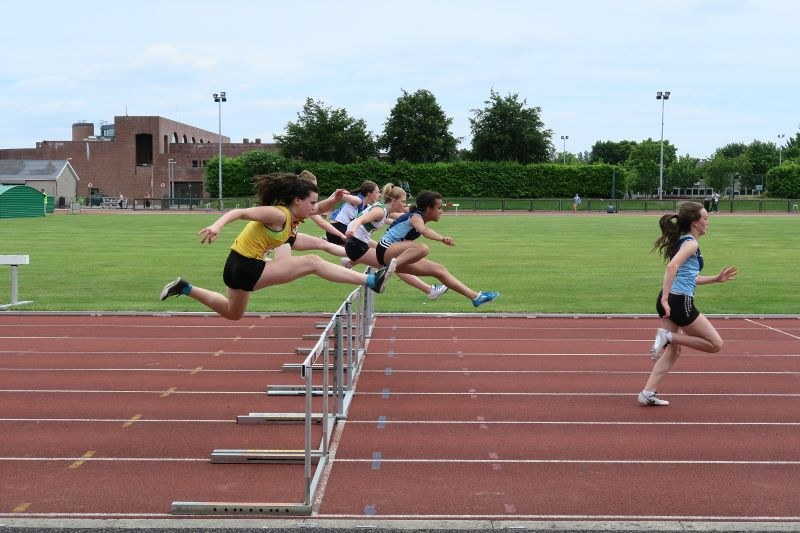 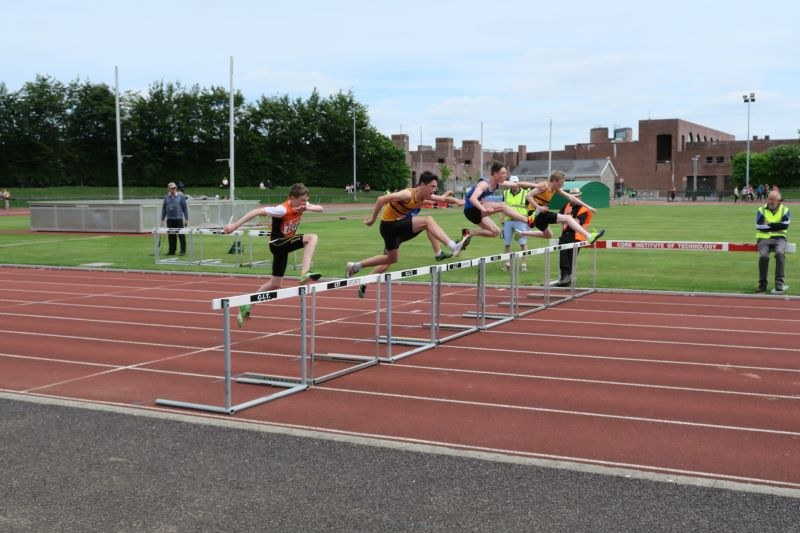 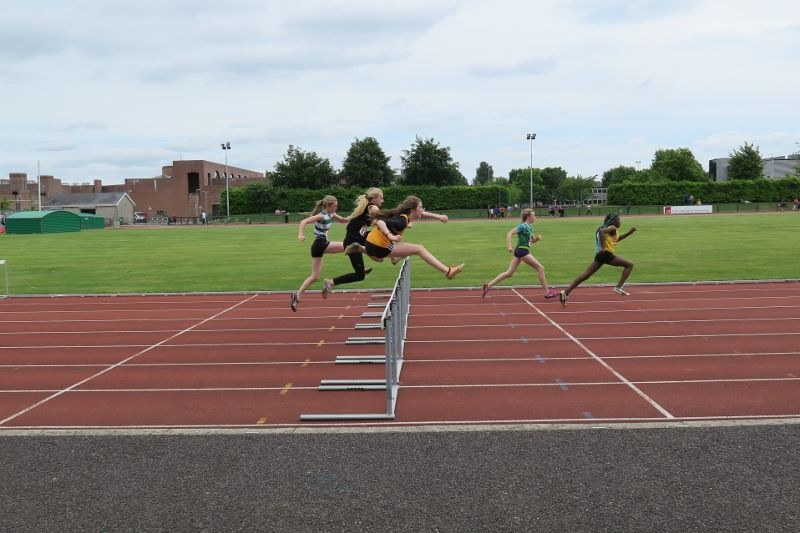 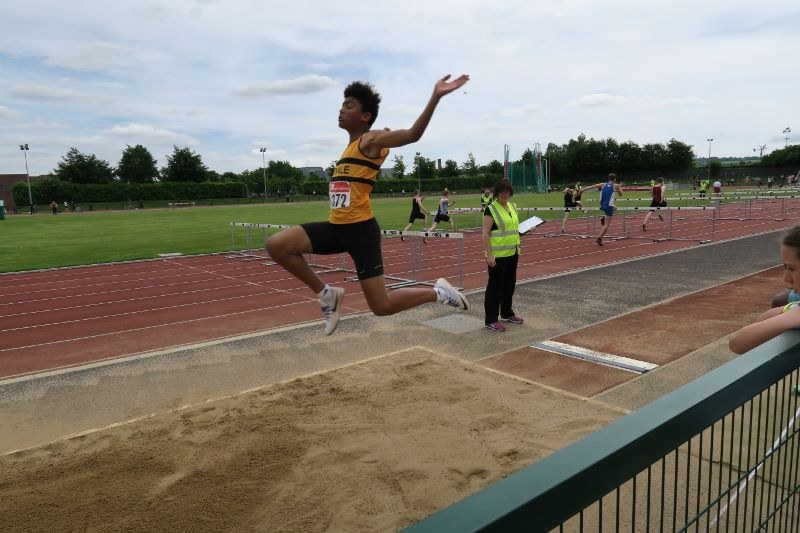 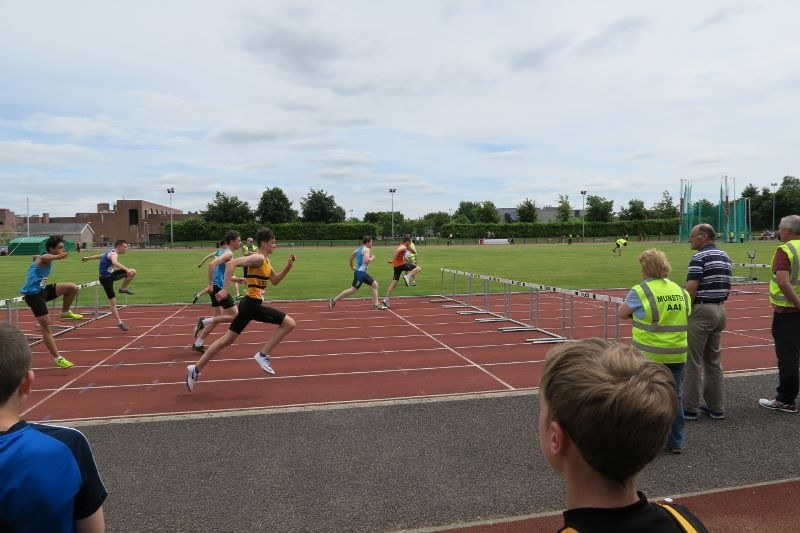 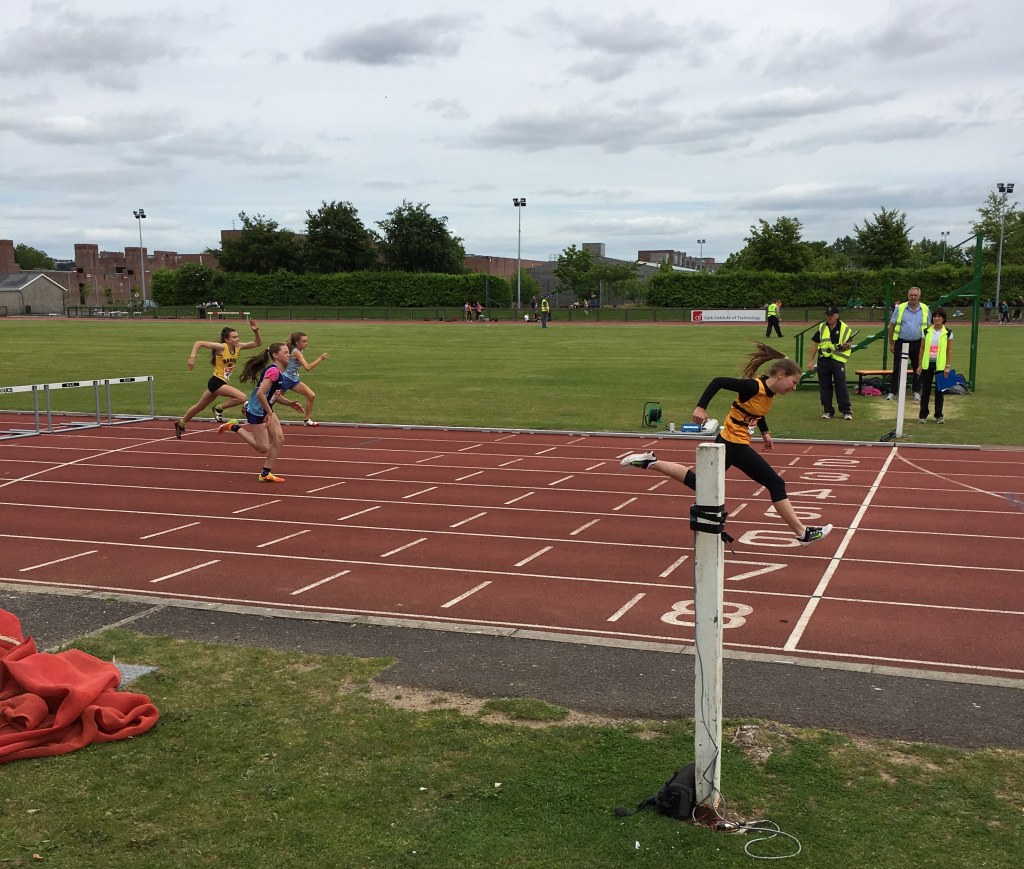 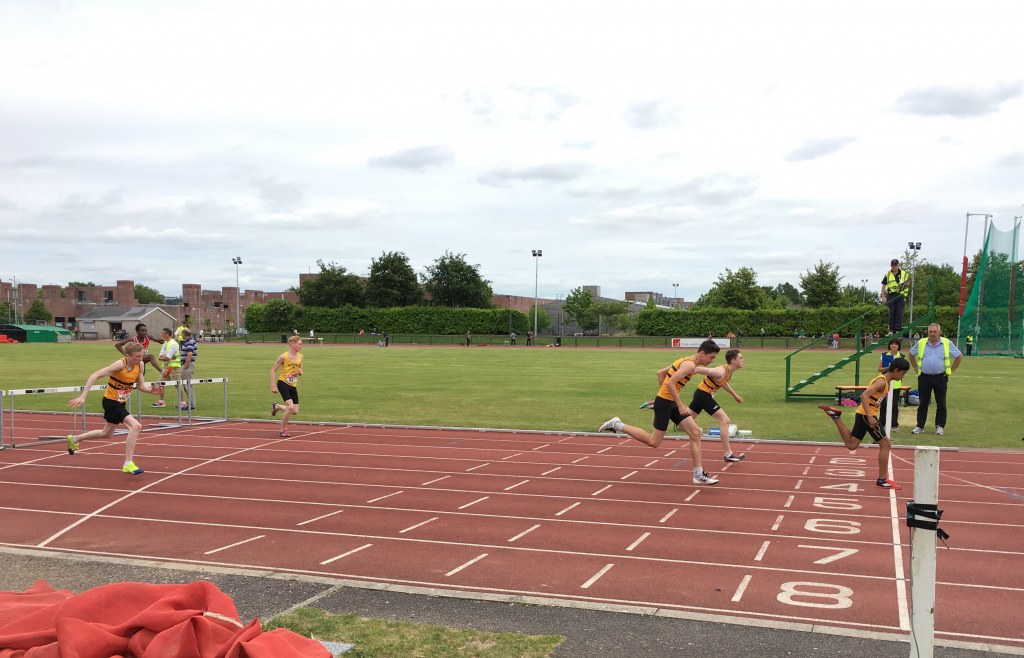 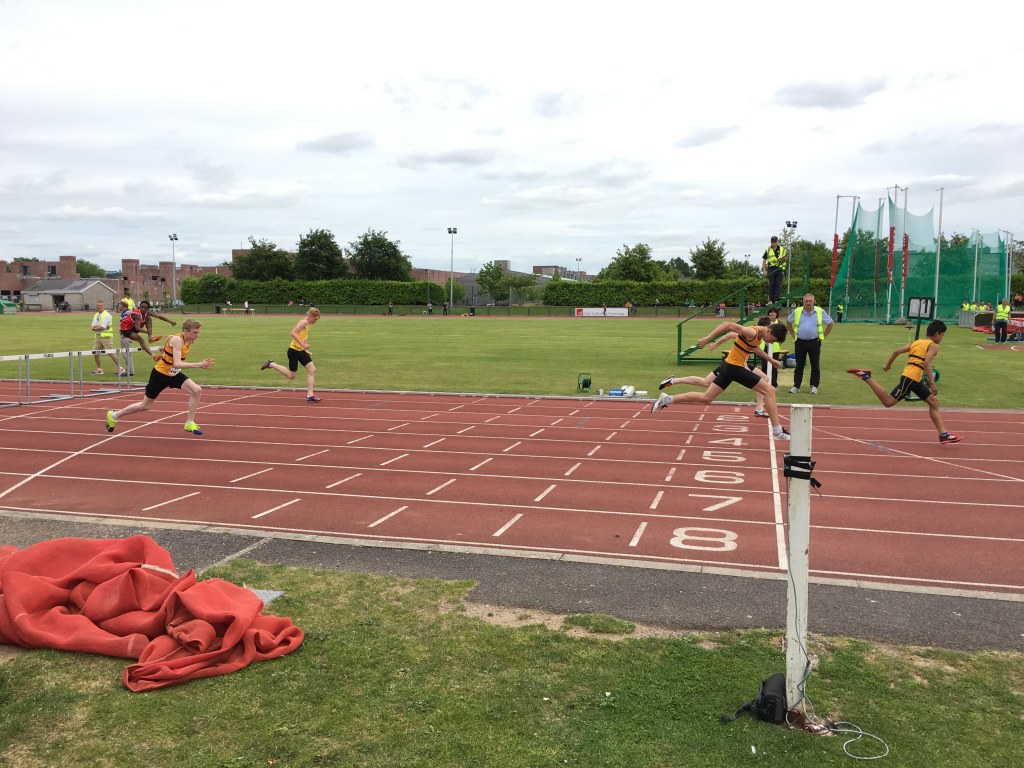 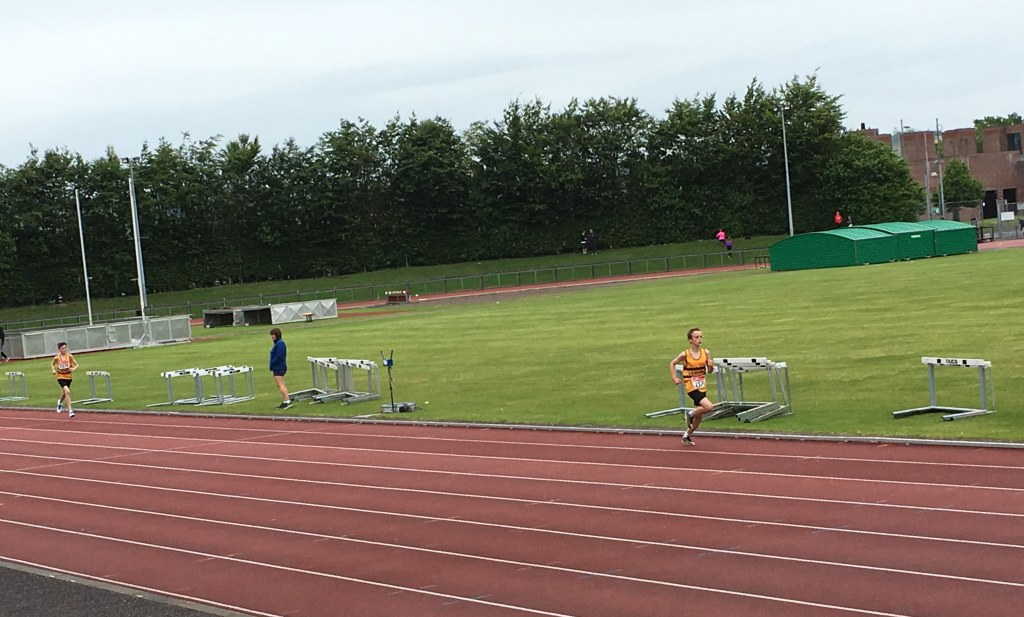 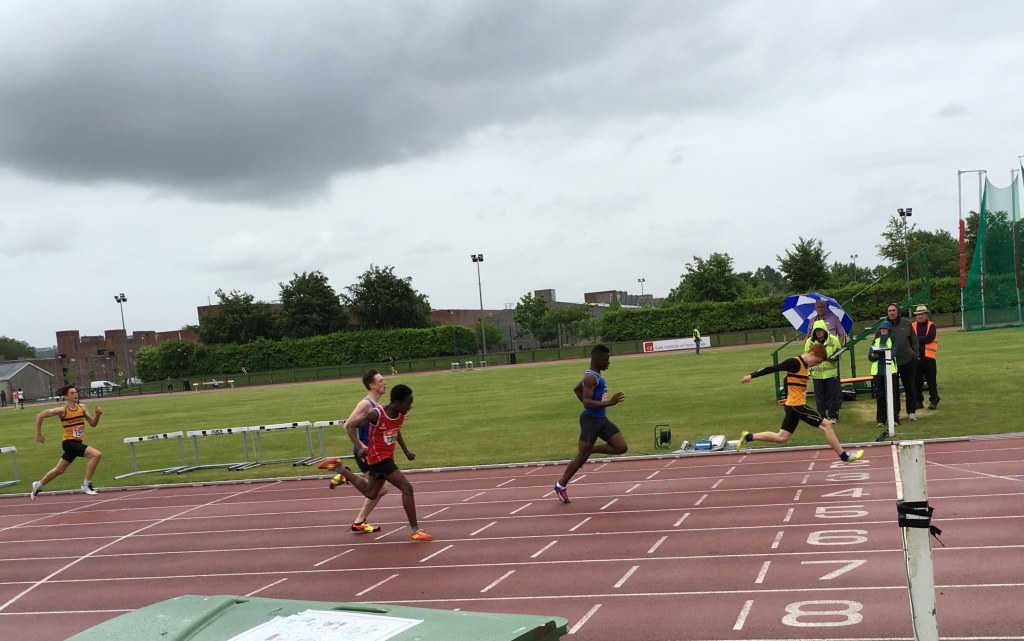 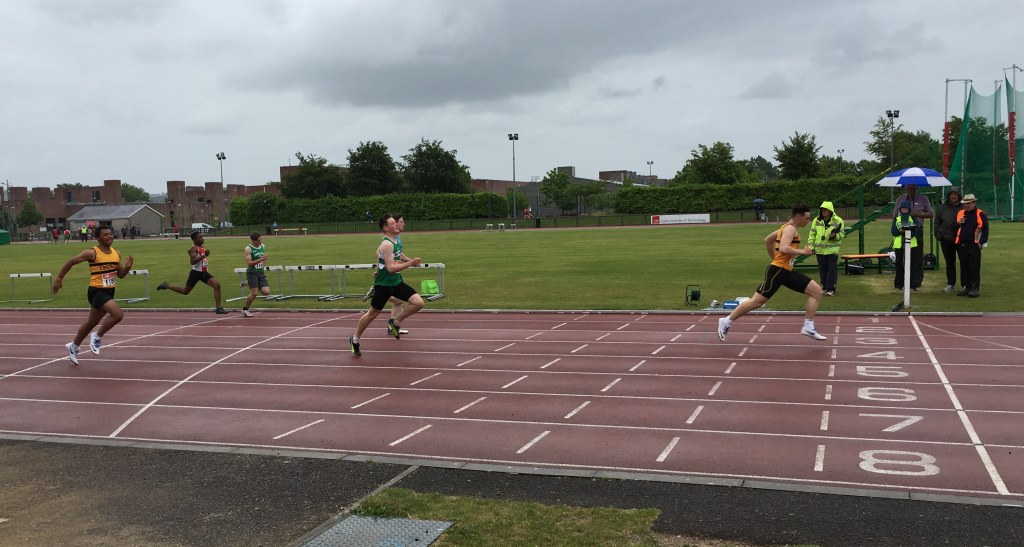 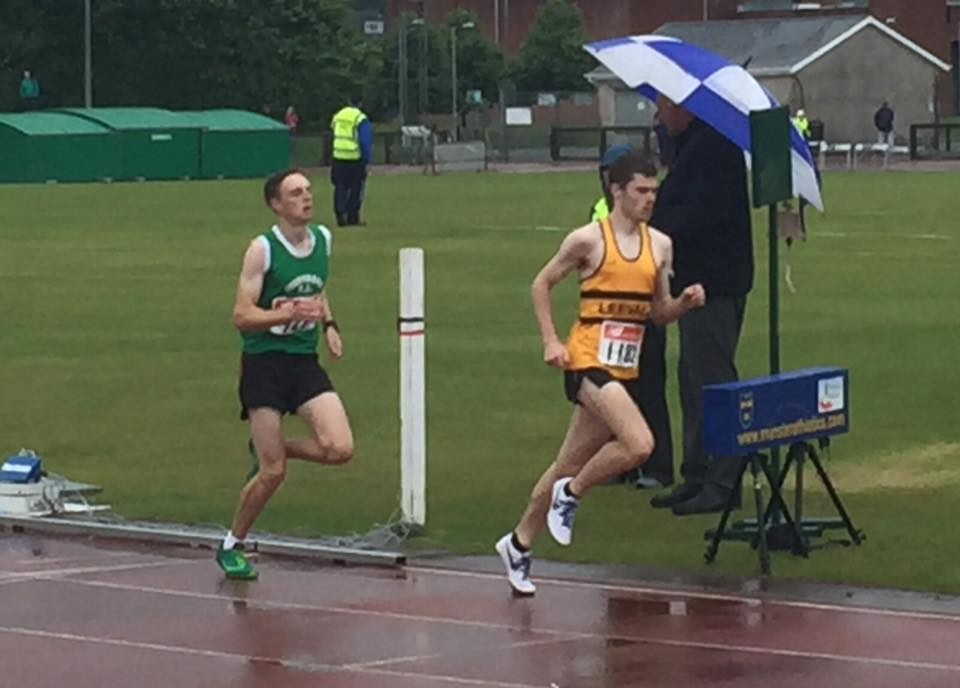