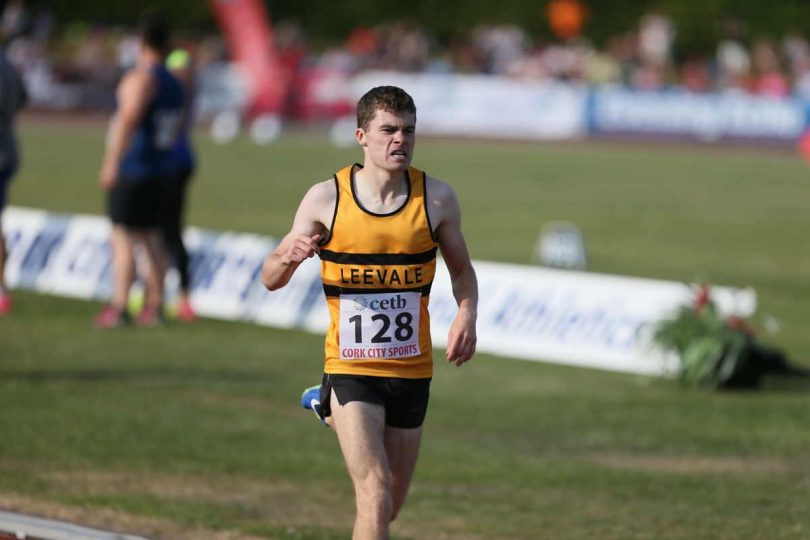 Courtesy of John Walsh & The Evening Echo
ALTHOUGH Cork’s two outstanding juniors Darragh McElhinney and Charlie O’Donovan were missing from the line-up of the junior 1,500m as both are taking part in the European U20 Championships in Italy next week, there was still a very popular winner with Matthew Murnane taking the title in a personal best time.
Using his 800m speed to good effect, the Leevale athlete – who, like O’Donovan is coached by former sub-fourminute miler Ken Nason kicked coming off the last bend to take the line first in 4:04.11.
Second was Eanna Folan from Galway City Harriers in 4:05.82 with Shay McEvoy from Kikenny taking third in 4:06.71.
“I’m delighted to win as my training partner Charlie won it last year. I went at the bend and it’s great to win in front of the home crowd,’said Murnane, whose father, Donal, is PRO of The City Sports committee as well as chairman of Leevale.  Damien Madigan of North Cork finished fifth in 4:08.40 with James Murray-Good of the Old Abbey club seventh m 4:10.56.