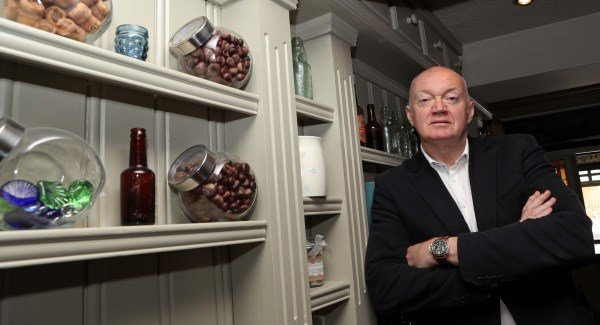 In the intervening years, sport has been radically transformed by an explosion in scientific and technological advances.

Nutrition, training methods, psychology and medicine have revolutionised athletic performances, so it seems remarkable such a record could withstand four decades of advance.

Cronin was a magnificent athlete. At a towering 6’6″, he was blessed with a mix of strength, power, speed and athleticism competing in myriad of track and field disciplines.

The long and triple jump, 200m, 400m and 800m as well as decathlon, his talents were renowned from the bells of Shandon Street to the sandy shores of Rhode Island where, at 18 years of age, athletics would provide him with life-changing opportunities.

“I was going to go to UCC from the North Mon but was selected for an Irish Universities team competing against some American universities in Dublin.

Harvard, Yale, Cornell and University of Pennsylvania, three of them offered me scholarships but Brown University got in contact as well and in the end I decided to go there largely because of their coach Robert Narcession.

He was a former US Olympic hammer thrower and trained the US Olympic teams and he first introduced me back in 75’ to the slow lift down and slow lift up for squats.

It was a very tough training programme and instead of building mass, it was all power and endurance.

He was also into the biomechanics in a big way, your body being positioned correctly to maximise athletic performance.

“His emphasis on form and technique was massive and it really helped me progress.”

Cronin took the university by storm, leaping 15.21 meters to scoop the Heptagonal Championships as a freshmen, the first time in Browns history.

As a sophomore, he earned All-Ivy, All-IC4A and All-New England recognition and won the New England Outdoor Triple Jump despite competing with a pulled hamstring and as well as the AAA (UK) Junior championships in 1975 both for the Long and Triple Jump.

“I was 20 when I broke the Irish record at the 1977 European Cup qualifiers in Copenhagen, having already held it since 1975. I used to come home for the summers and most of the international meets were June through August.

“It was a great day for Irish team, as it was the first time we ever qualified for the event. It’s nice to click 40 and remember it.

“I suppose from my own point of view, it brings back a lot of great memories of the guys I knew that time both at club and international level and a lot who would have ended up being good friends over the years.

“I don’t dwell on it or think about it too much but it’s nice of course, it’s something to remember looking back, and I suppose these things mean more to you as you get older.”

Cronin went on to break the Irish indoor record in Detroit 1978, leaping, 16.27, a record which, incidentally, also remains intact today.

Upon graduating with a degree in economics the young Corkman took up a job as a trader in a French company, Louis Dreyfus Corporation, based in Portland, Oregon, though Cronin’s massive physique and athleticism drew attention from other fields.

“I was offered a trial to play as a tight end with the Seattle Seahawks and was then offered a contract but at the time the NFL wasn’t as commercially successful as it is today and didn’t pay like today, so I decided against it”.

He remains an avid American football supporter and keen athletics fan when he isn’t trading commodities from his offices in Fota, Cork.

“When I started working, I competed in a few meets on the west coast and going into 1980 I was hoping to make the Irish Olympic team.

“I was selected for the Irish Olympic squad and competed in a meet in the Staple Centre but I broke my ankle coming down on the first phase of the triple jump so that kept me out for awhile.

“I came back in 1981-82 but the demands of training and work left me having to make a choice – four more years of training or get on with work.

“It was a very hard decision as I was very focused on making the Olympics but back then there was no such thing as grants from the government that could help you out.”

There was, according to Cronin, not much of a focus on diet.

“You had the basics like staying away from the things that were bad for you but in terms of the right mixes between carbohydrates and proteins and the right amino acids like they do today, there was nothing like that.

“An awful lot of it now is very managed, so you always have reference point as to where you are in terms of your strength and your power, your flexibility, your speed.

“It’s all documented, you have your diets weight training and power training. So as you go through a season, you always know when you’re progressing, whereas back then a lot of it would have been by feel. You’re feeling quicker, you’re feeling you did the work but you never really had a reference point that you could go take a look at ’well I’m getting quicker faster stronger’. You couldn’t gauge it.”

As to why the record hasn’t been broken?  “Perhaps it’s because of the toll it can take on you physically and maybe some shy away from it” – his own injury is testament to that.