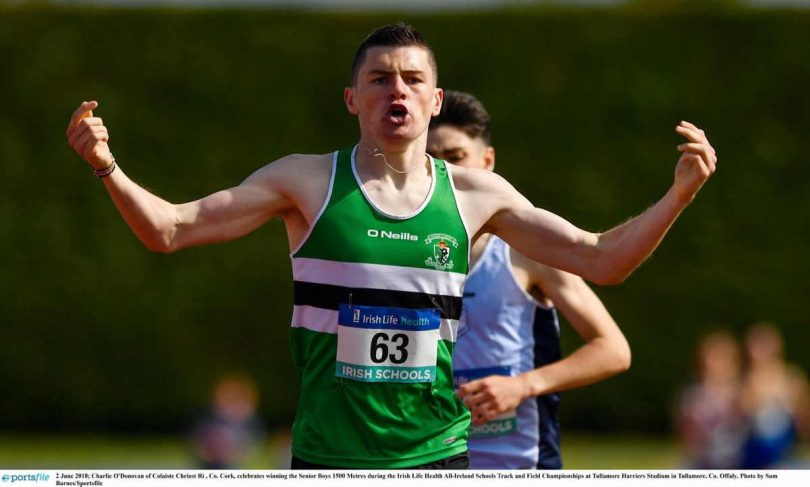 Leevale athletes stood on the podium 18 times today at the All-Ireland Schools T&F Championships, winning a total of 10 titles which included 2 records.

In one of the most anticipated races of the day, Charlie O’Donovan defended his 1500m title from Darragh McElhinney. The two athletes took the race on from the start with McElhinney setting a fast pace and Charlie matching him stride for stride and striking on the home straight to take gold in a time of 3:55.97.
Alannah Neff took the senior girls 1500m steeplechase in 5:05. Alannah who was cruising to victory before she took a very heavy fall, incredibly recovered to snatch victory on the line.

Wymin Sivakumar won the intermediate boys’ triple jump with a best of 13.51m before taking silver in the 100m hurdles in 13.64s.

It was a fruitful day for Leevale hurdlers who medalled in 7 of the hurdles races on offer including 5 Irish schools titles.

Ella Scott won the minor girls 75m hurdles in a new record of 11.20s, a performance that earned her the trophy for the best sprint hurdler of the meet.

Conor Callinan also set a new record when winning the minor boys 75m hurdles in 11.32s. Conor took bronze in the junior boys pole vault with an easy clearance over 2.60m. Conor returned from his hurdles victory to find the bar had risen by 50cm which severely hampered his challenge for gold in this event.

Shane Aherne was a very impressive winner of the inter boys 400m hurdles in 56.72s where he was in control of the race from the 1st hurdle.

Harry Nevin was also very impressive in taking the junior 80m hurdles title in a fast 11.34s having earlier taken bronze in the long jump (5.86m).

Katie Moynihan had an excellent victory in the inter girls javelin (43.98m).

In the sprints events Conor Morey finished 6th in an incredibly competitive senior boys 100m in a fantastic time of 10.74s, which is a qualifying standard for the Euro U18 championships in July. Conor anchored his school PBC to victory in the senior boys 4x100m in a team that also included Leevale athletes Daniel Hurley and Colin Doyle. Emily Wall led from the gun to win the junior girls 100m in 12.55s. Ryan O’Leary took 3rd in the inter boys 100m in 10.99s.

Una Brice took a great silver in the junior girls pole vault with a PB vault of 2.50m.
Padraig O’Callaghan finished 3rd in a high quality senior boys Hammer event with a fine PB of 53.49m. 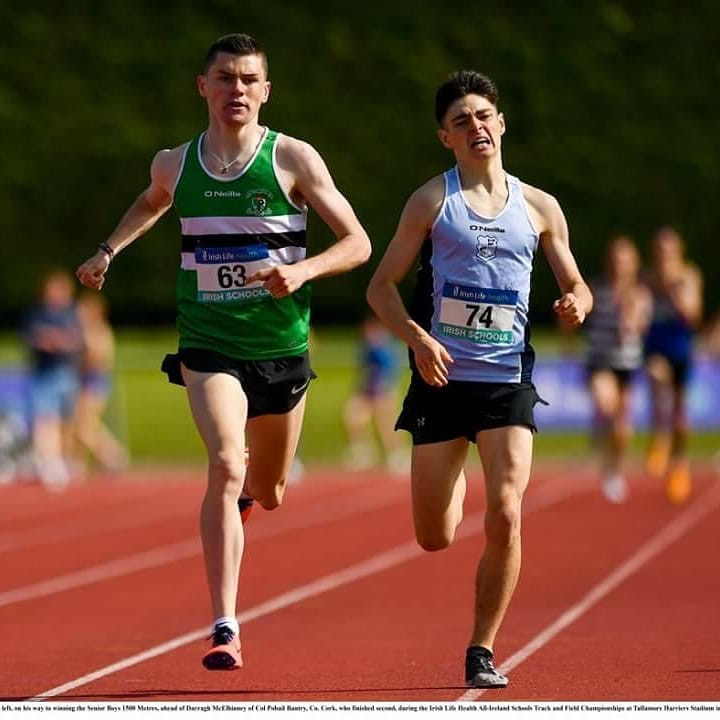 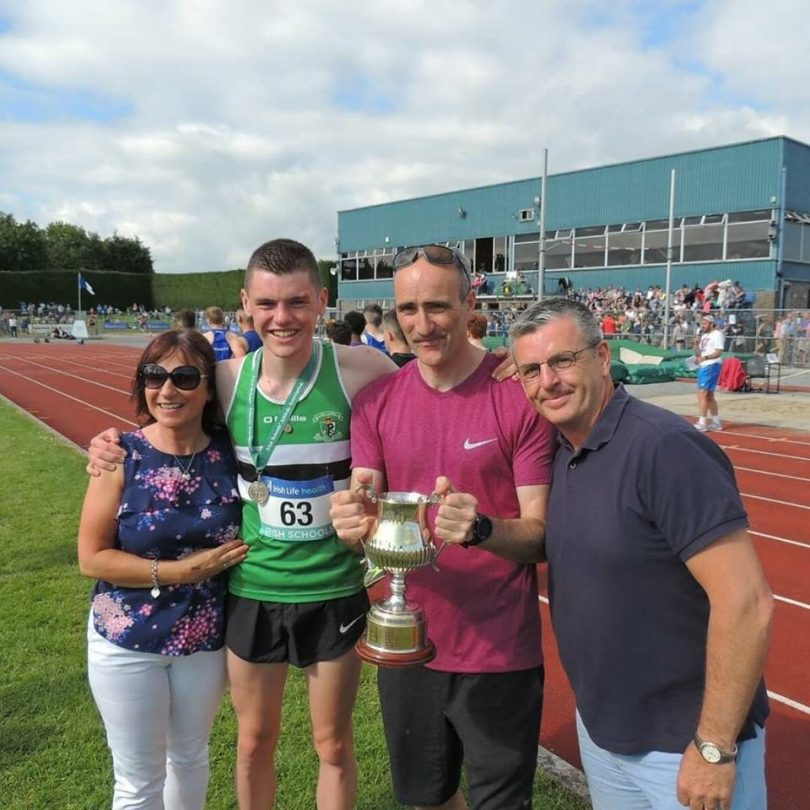 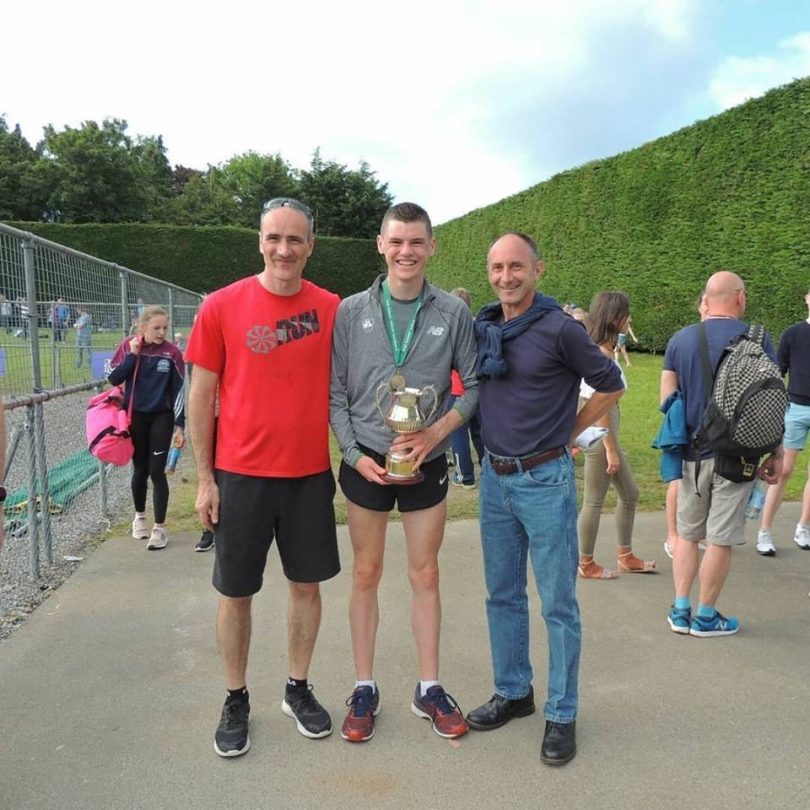 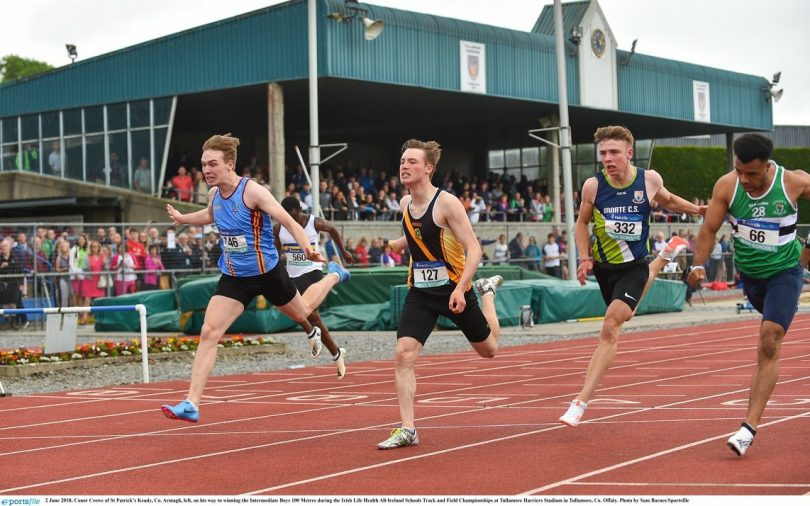 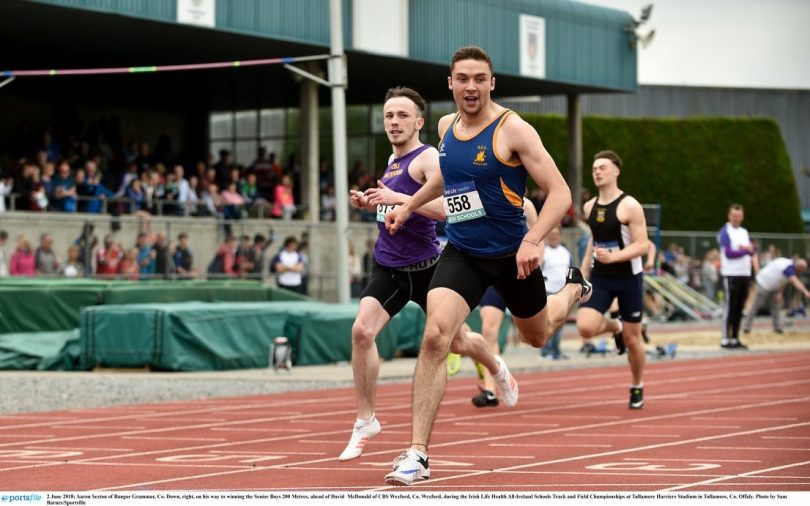 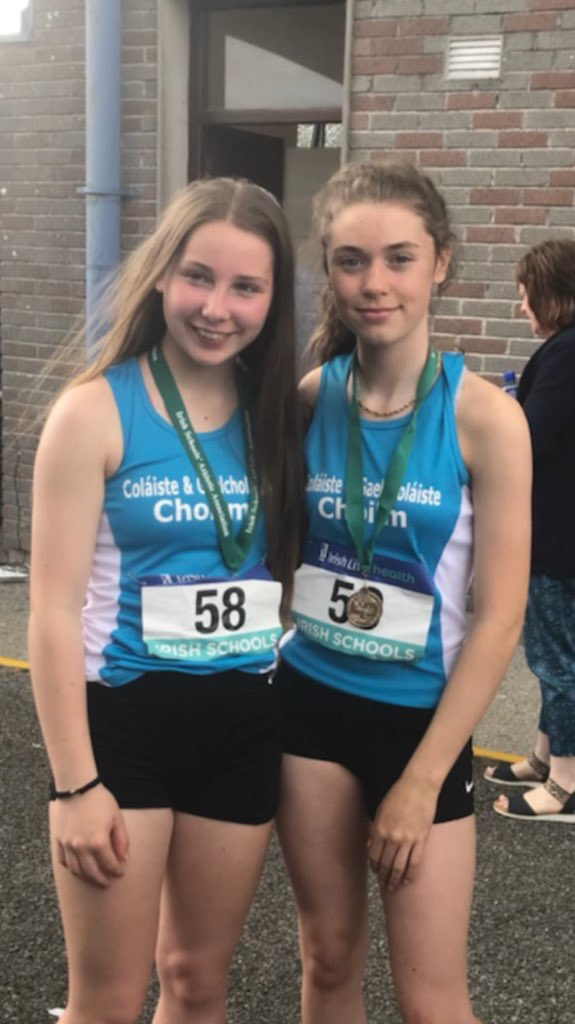 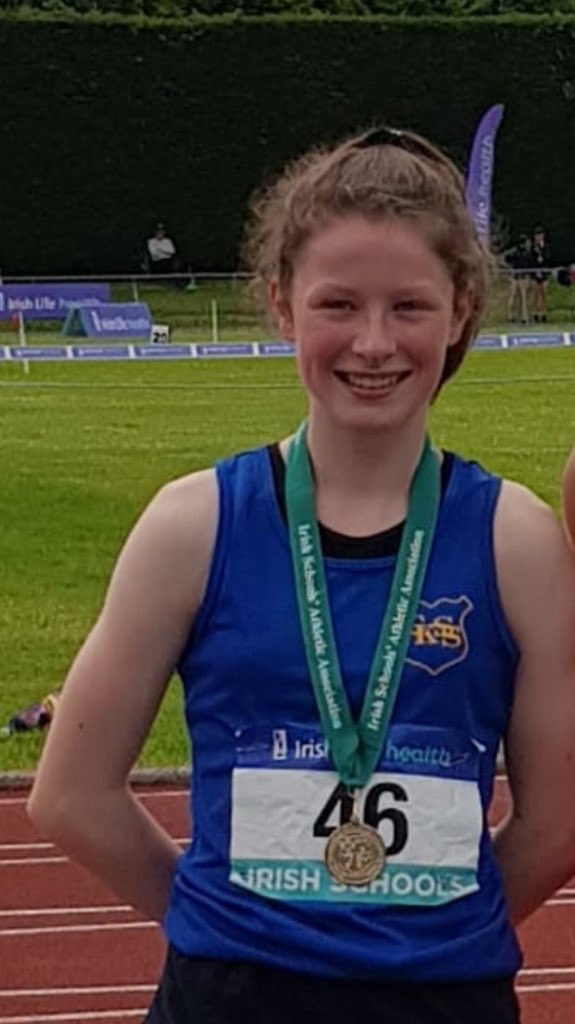 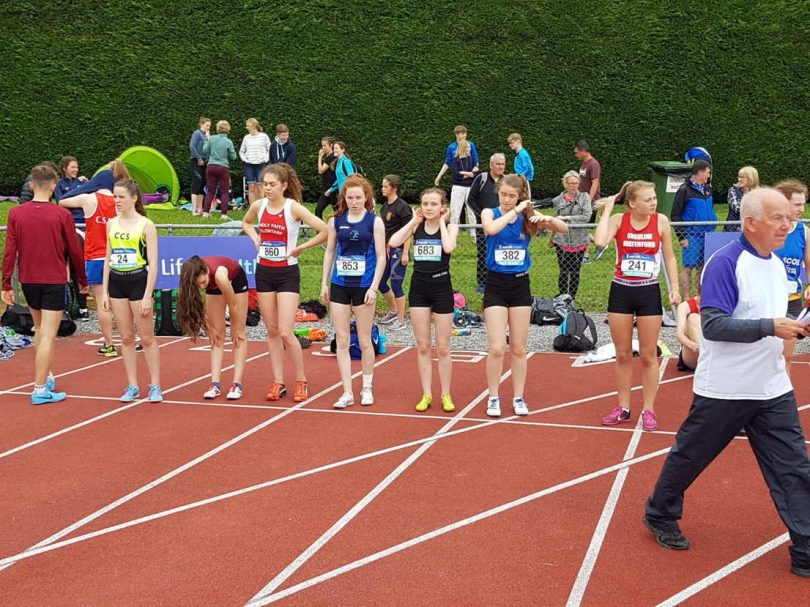 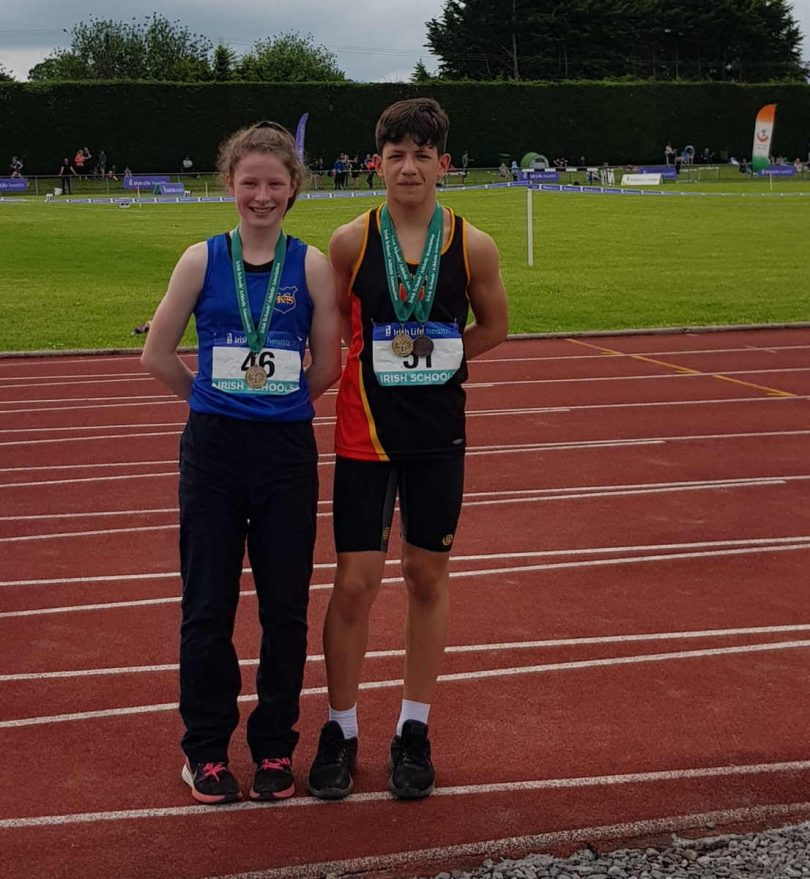 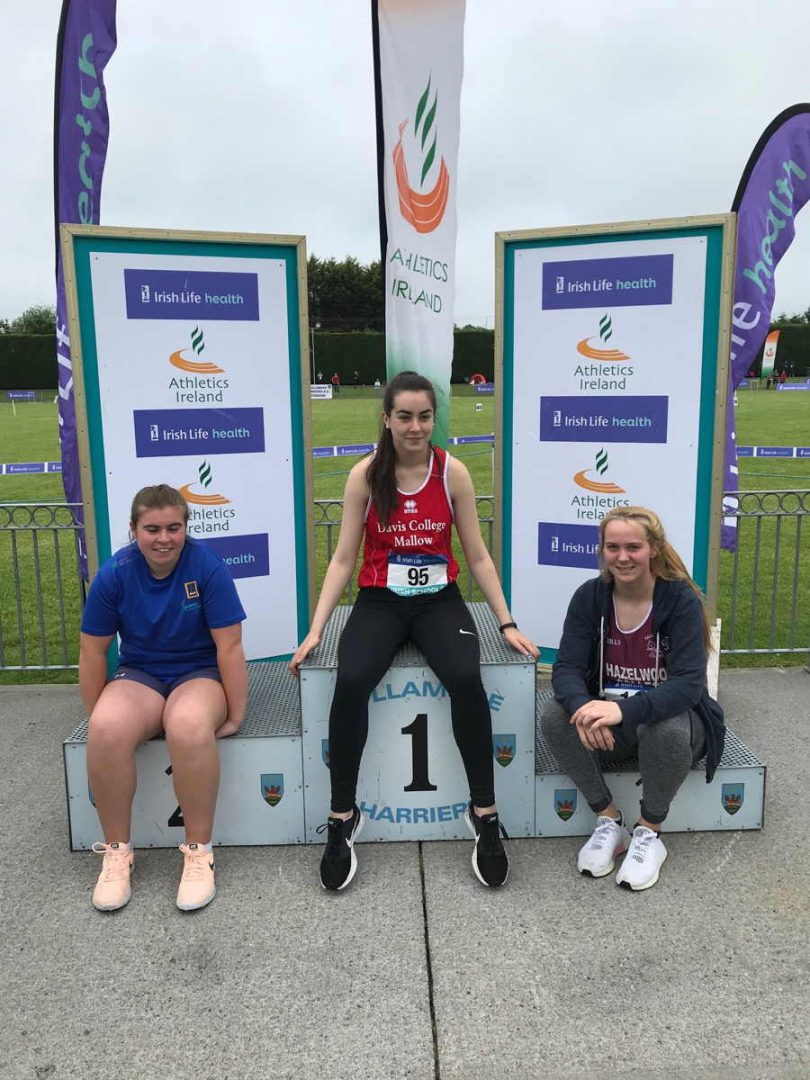 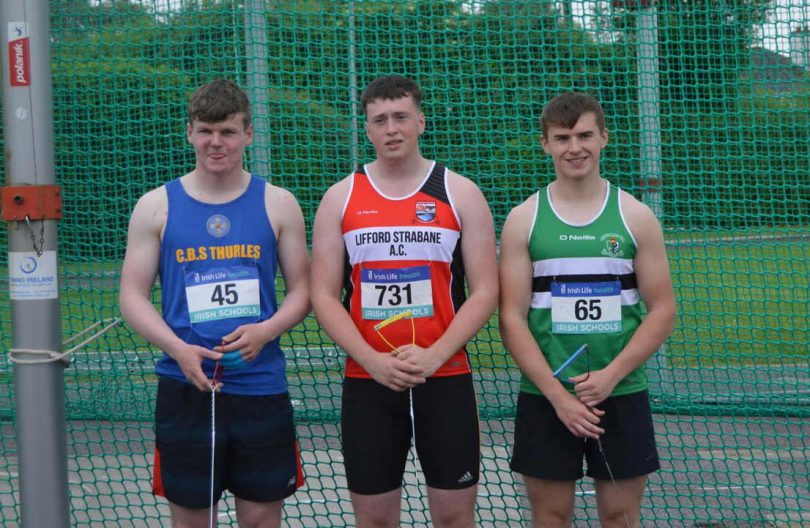 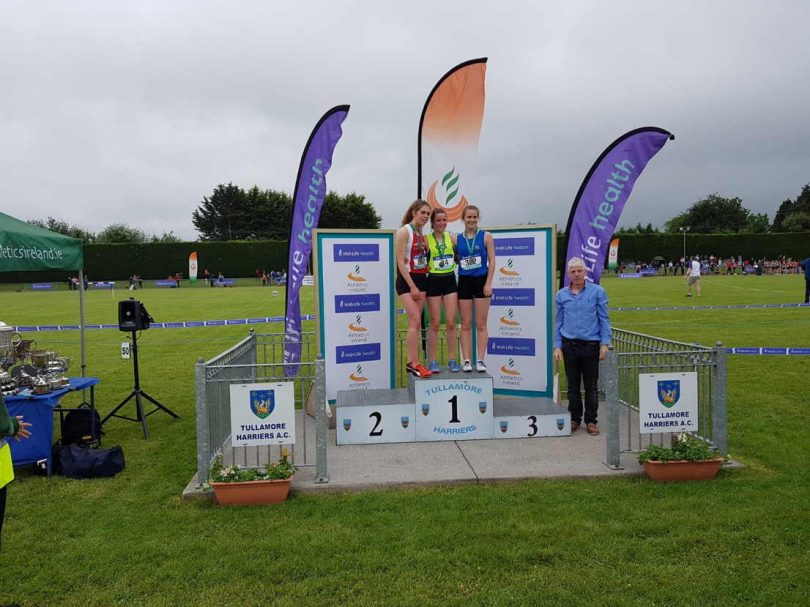 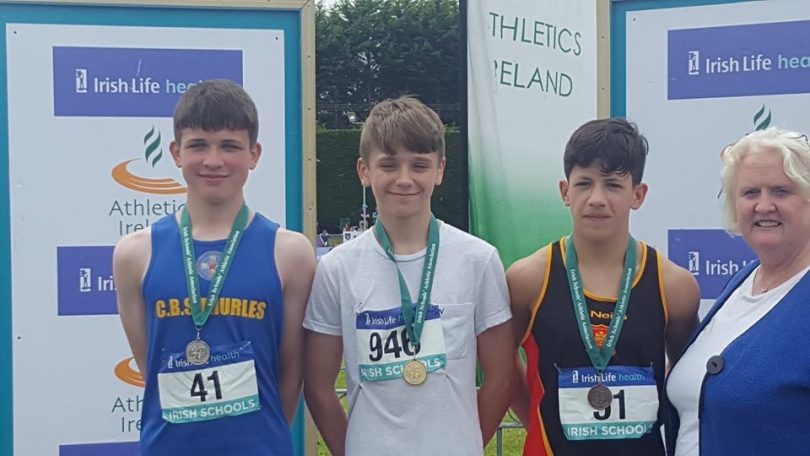 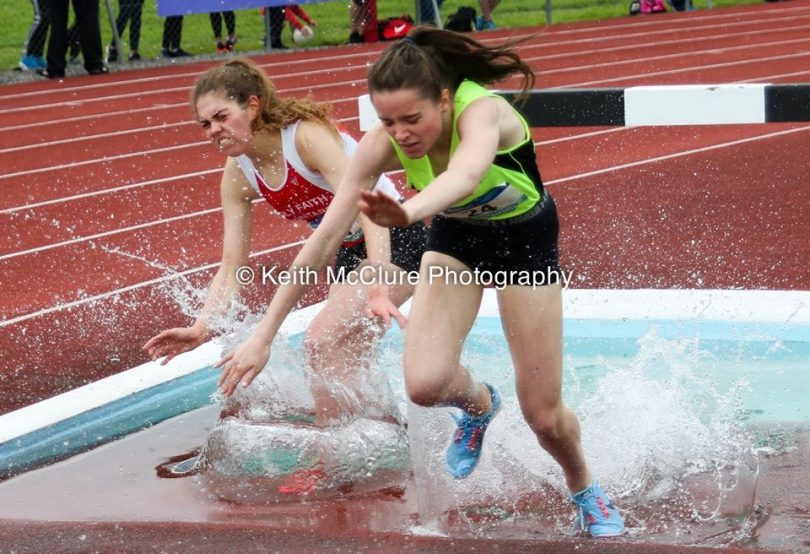 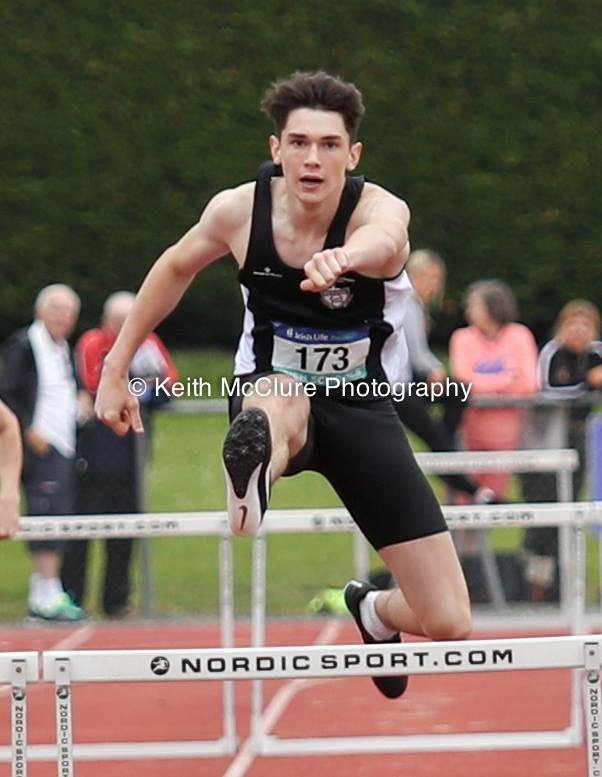 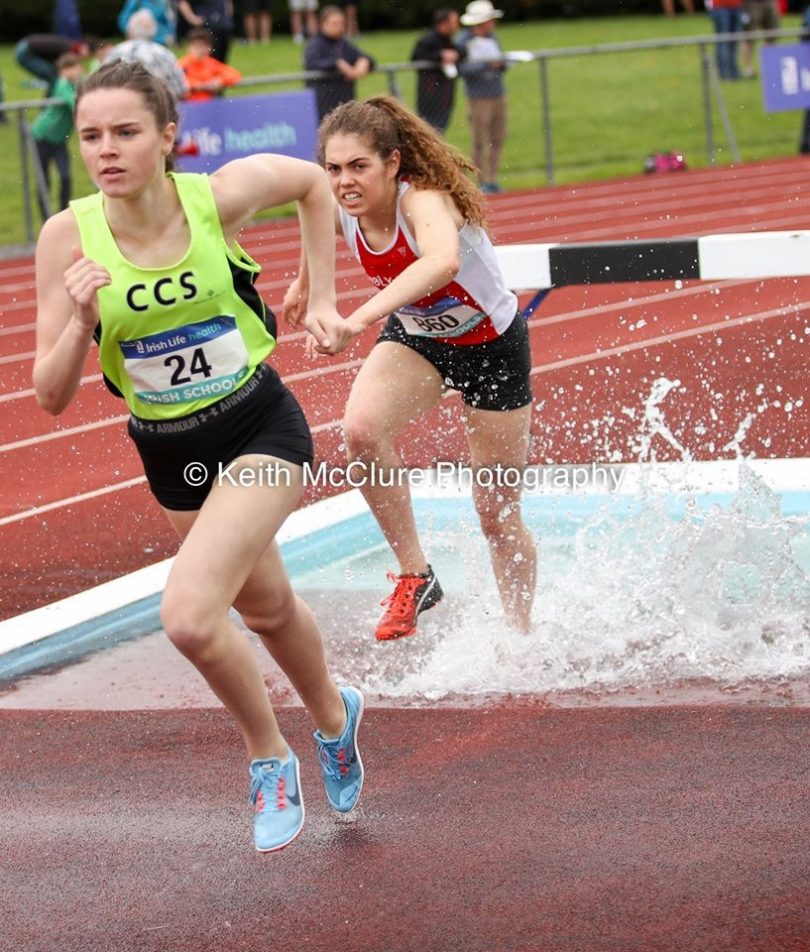 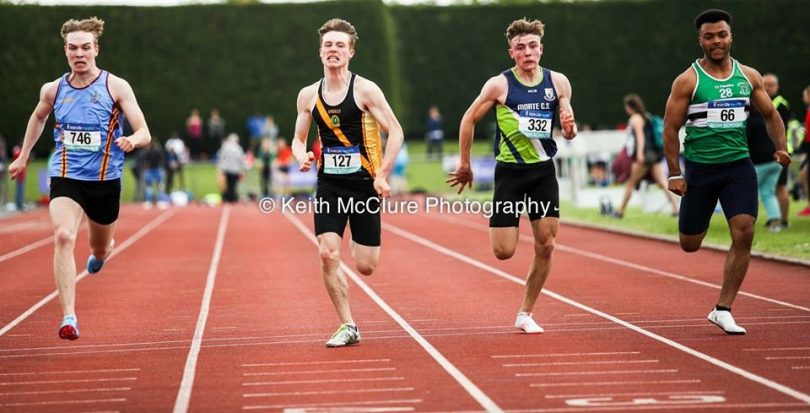 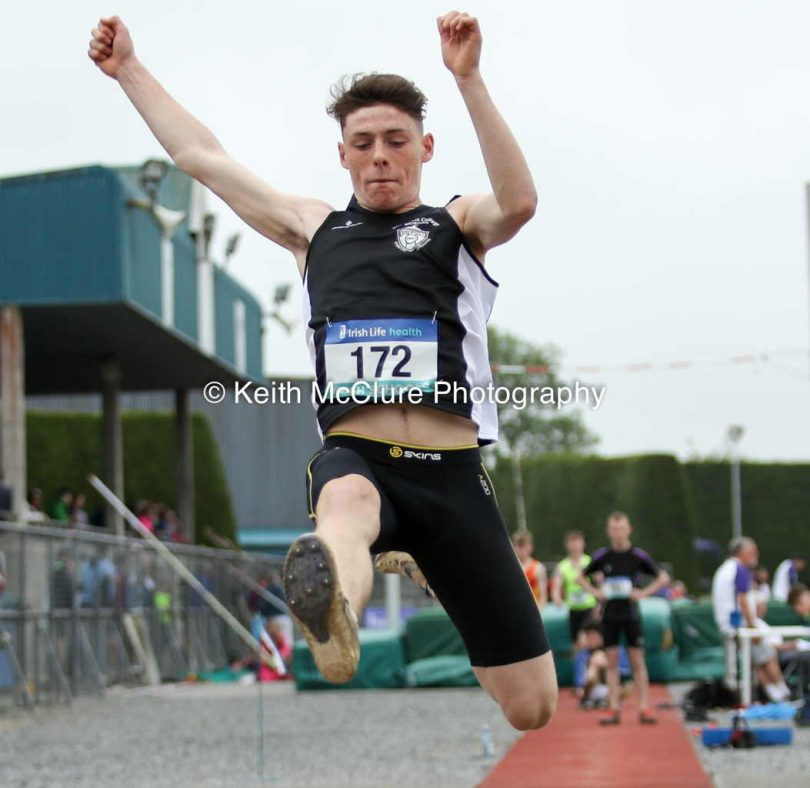 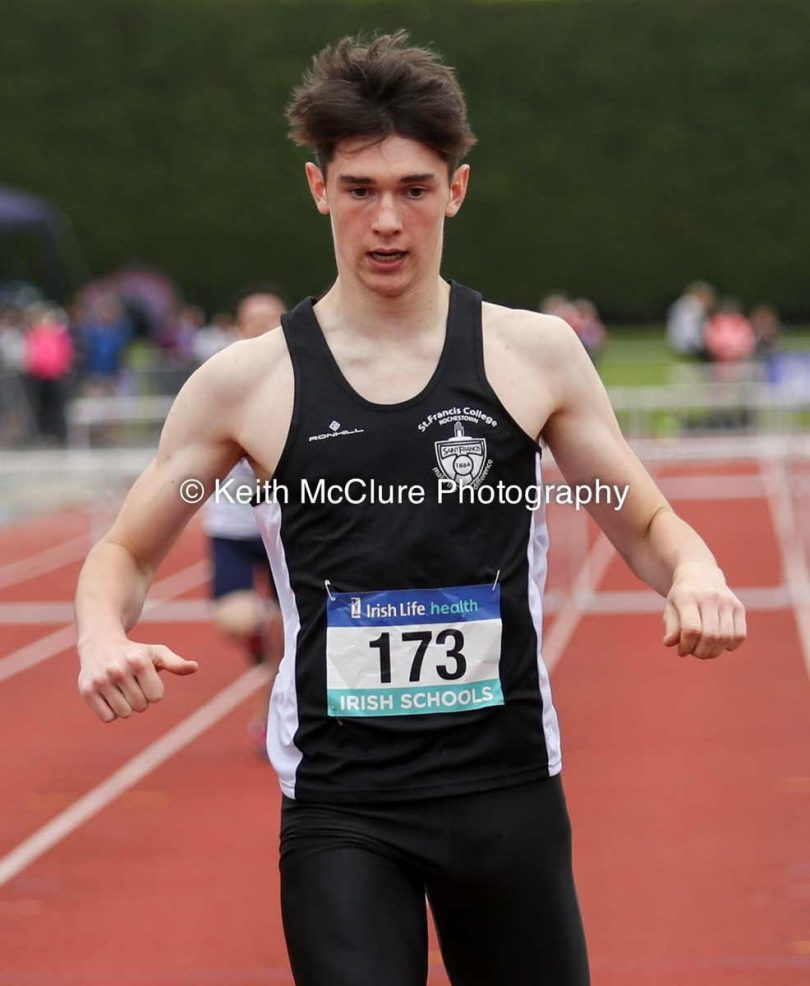 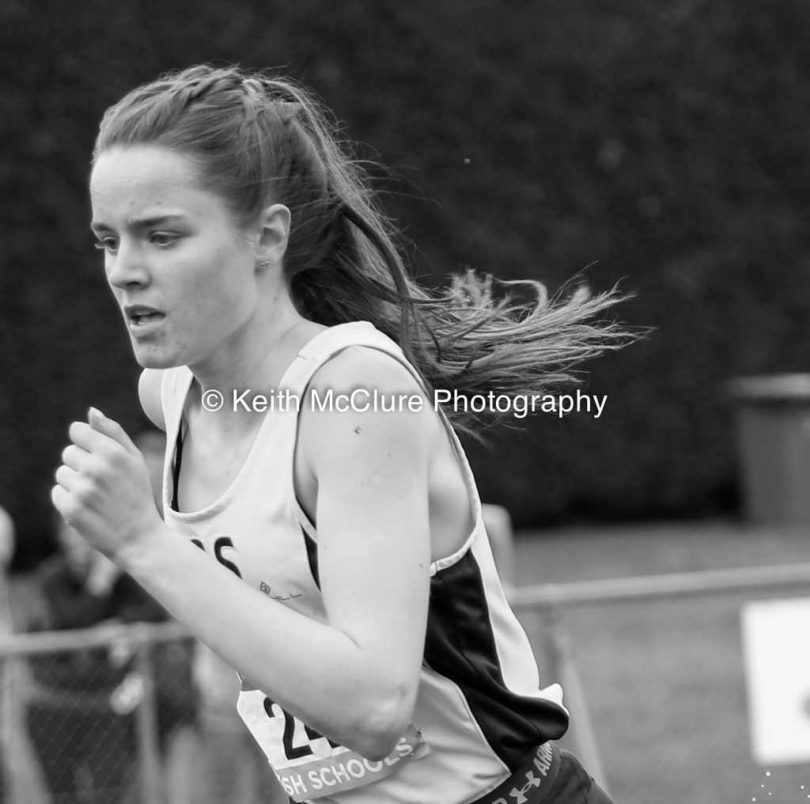