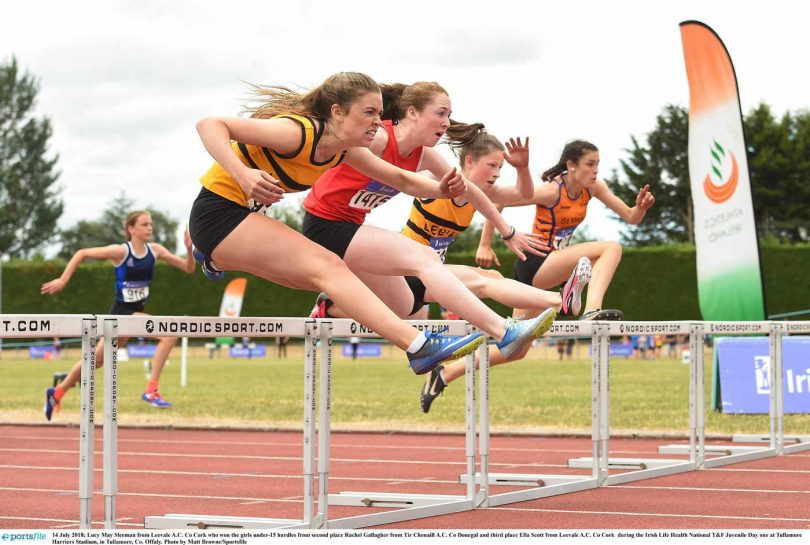 Day 1 and 2 of the Irish Life Health National Juvenile Track and Field Championships took place in Tullamore last weekend where Leevale was represented by 40 athletes putting in fantastic performances across the full range of events on offer.

Wymin Sivakumar who was one of the star athletes of the weekend continued his fantastic run of form when winning the boys U17 100m hurdles in a scintillating 13.12s and the triple jump with a jump of 13.66m, both performances of the highest standard.   Wymin was also 2ndin the long jump (6.47m) which was won by club mate Daniel Hurley who won with a personal best jump of 6.52m.

Colin Doyle was a very impressive winner of the boys U18 100m winning with lots to spare in a new CBP of 10.81. Ryan O’Leary led the chasing pack to finish 2nd in 11.00s, making it a Leevale double.

Lucy Sleeman was another athlete to double over the weekend taking the girls U15 100m sprint and 80m hurdles titles. Lucy finished strongly taking the 100m title in 12.67s. In a very high quality 80m hurdles final Lucy won in 11.82s with Ella Scott following closely behind to take 3rd in 11.89s.

Harry Nevin took the boy’s U15 80m hurdles title comfortably in 11.53s before finishing 2ndin the long jump with a jump of 5.65m.

Shane Aherne powered down the finishing straight Thomas Barr like to dominate the U17 400m race, winning in a fine PB of 50.38s.

Una Brice battled the wet weather on Sunday morning to win the girls U15 pole vault with a clearance of 2.40m

James Kirkby’s 3rdplace finish in the U17 discus highlighted the strength in depth of the Leevale boys U17 category where over the first 2 days of the championships, Leevale athletes have already medalled in the sprints, middle distance, hurdles, jumps and throws events. 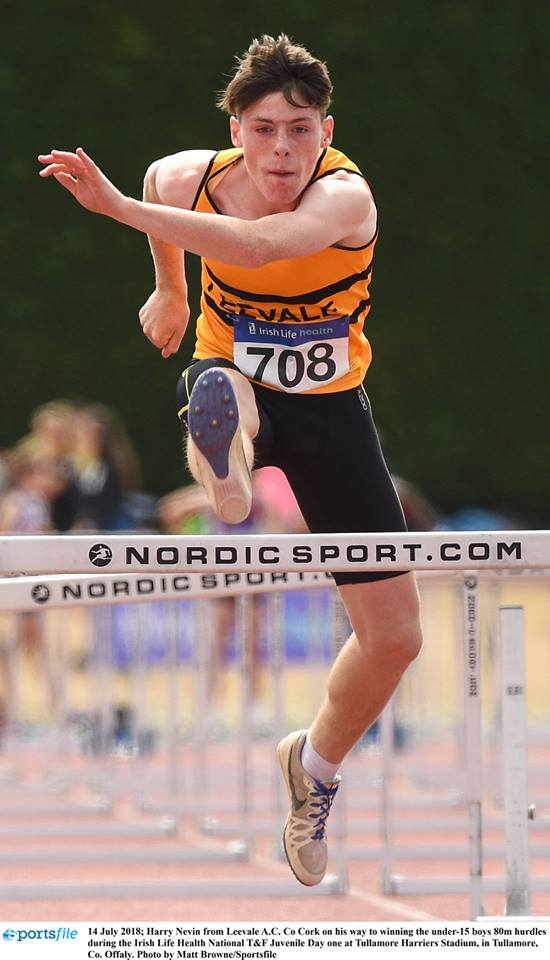 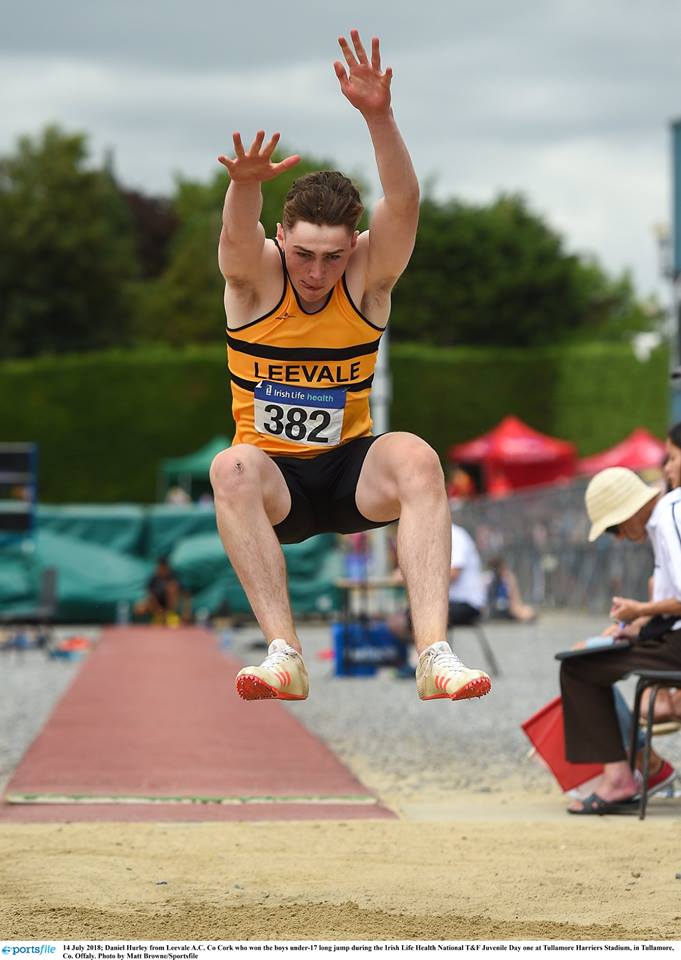 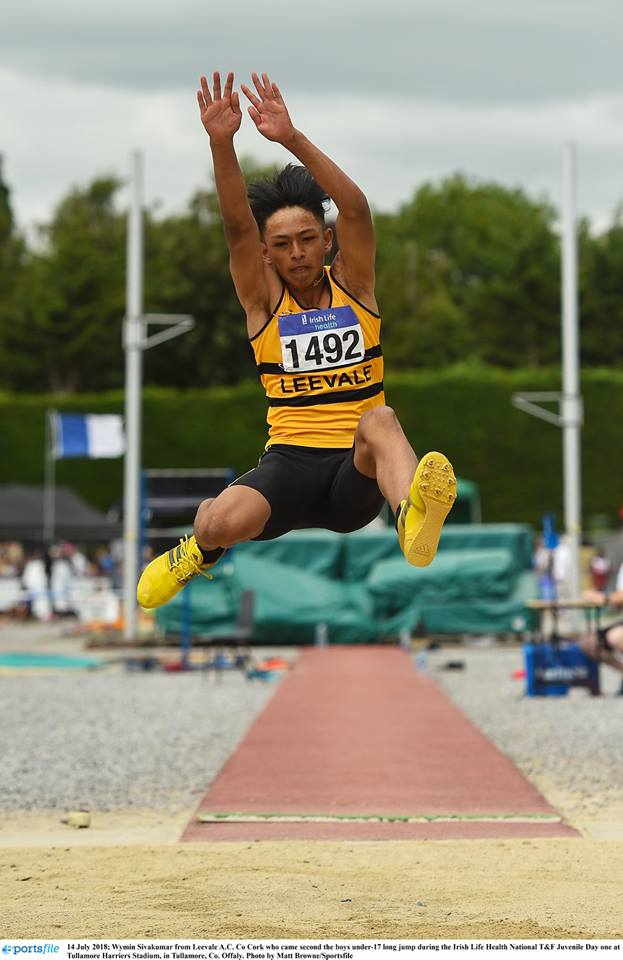 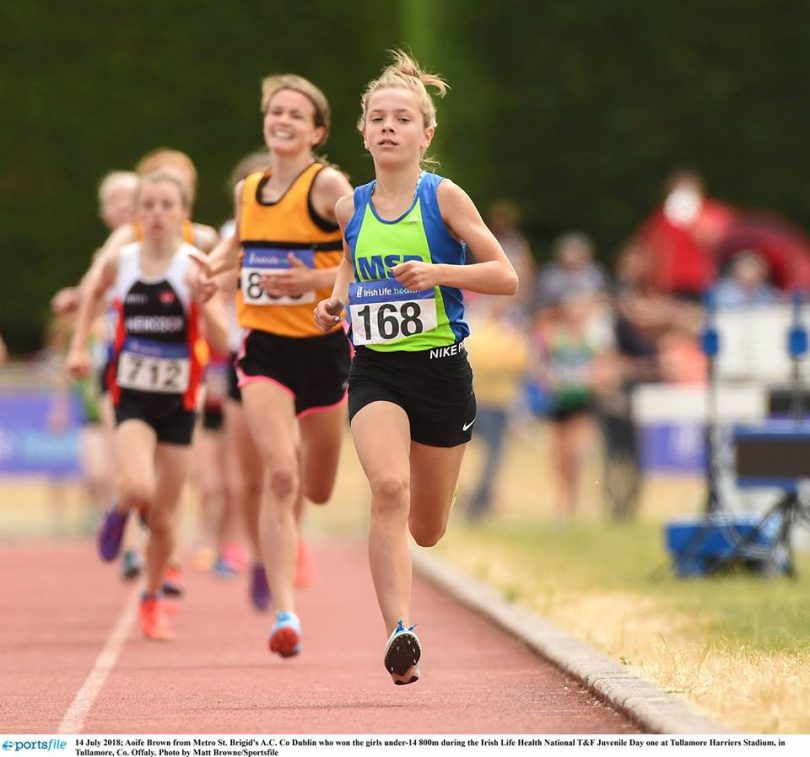 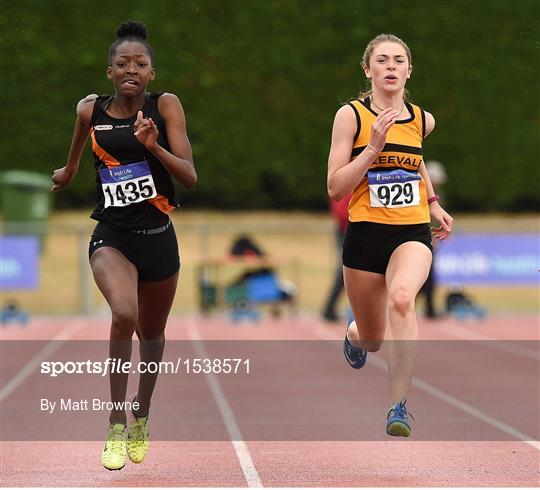 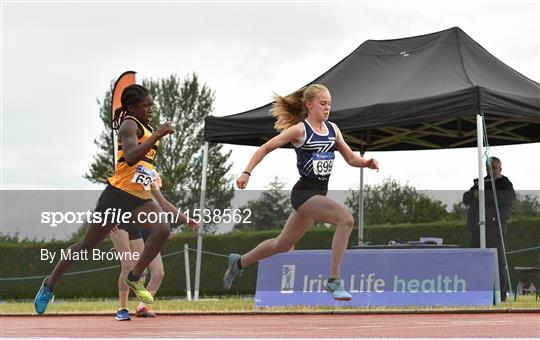 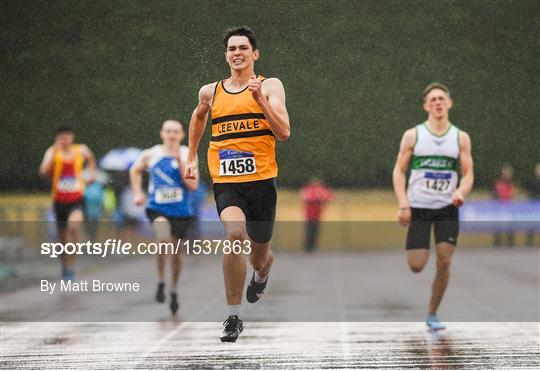 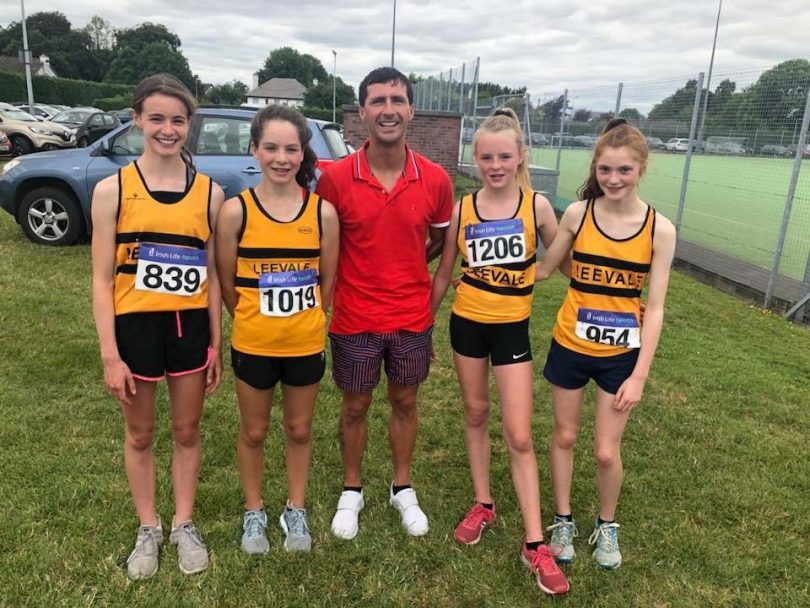 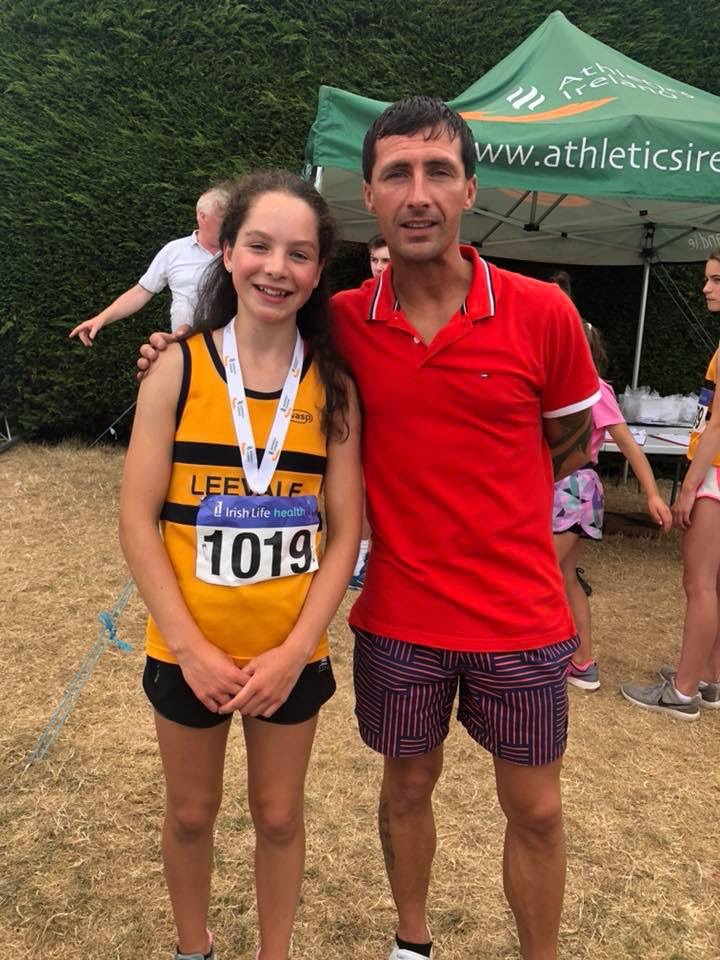 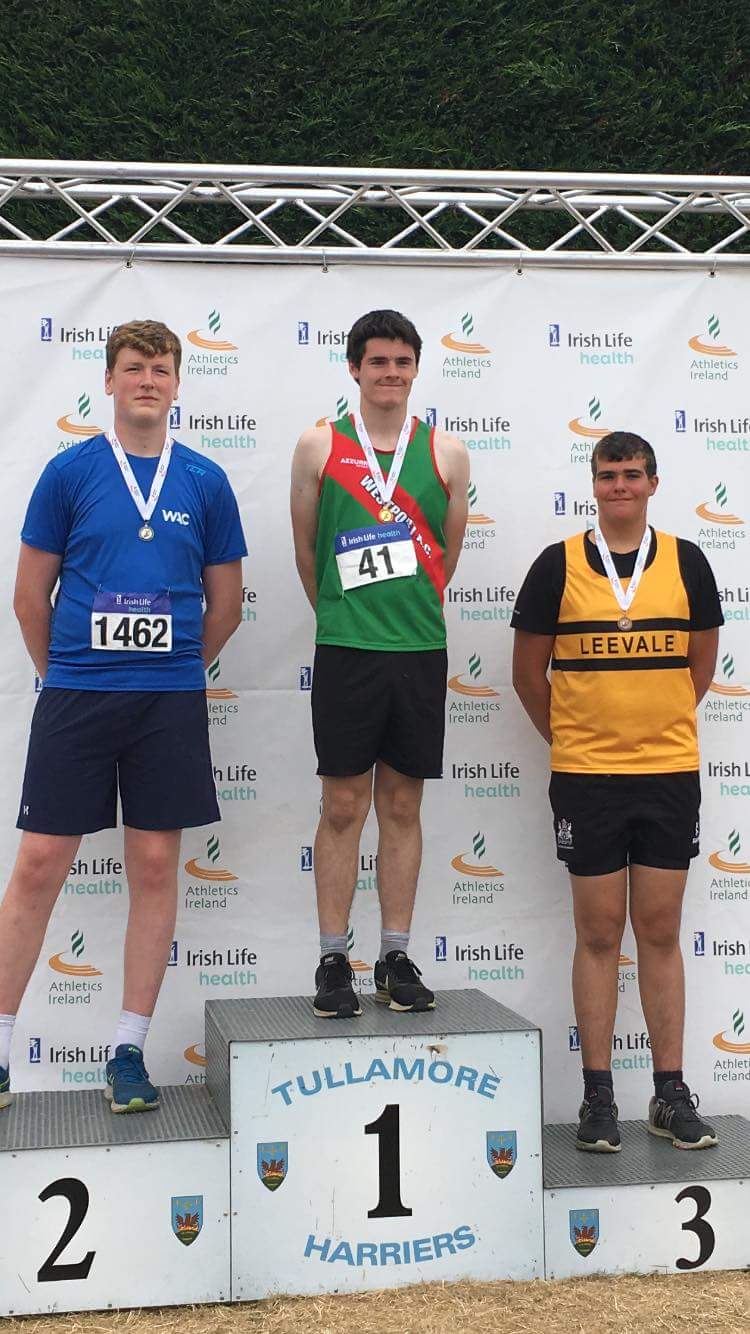 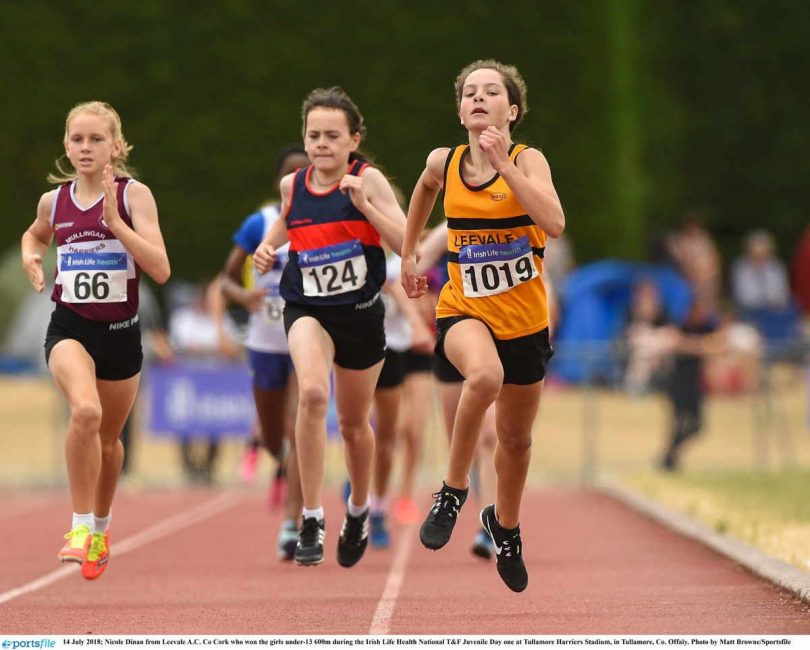 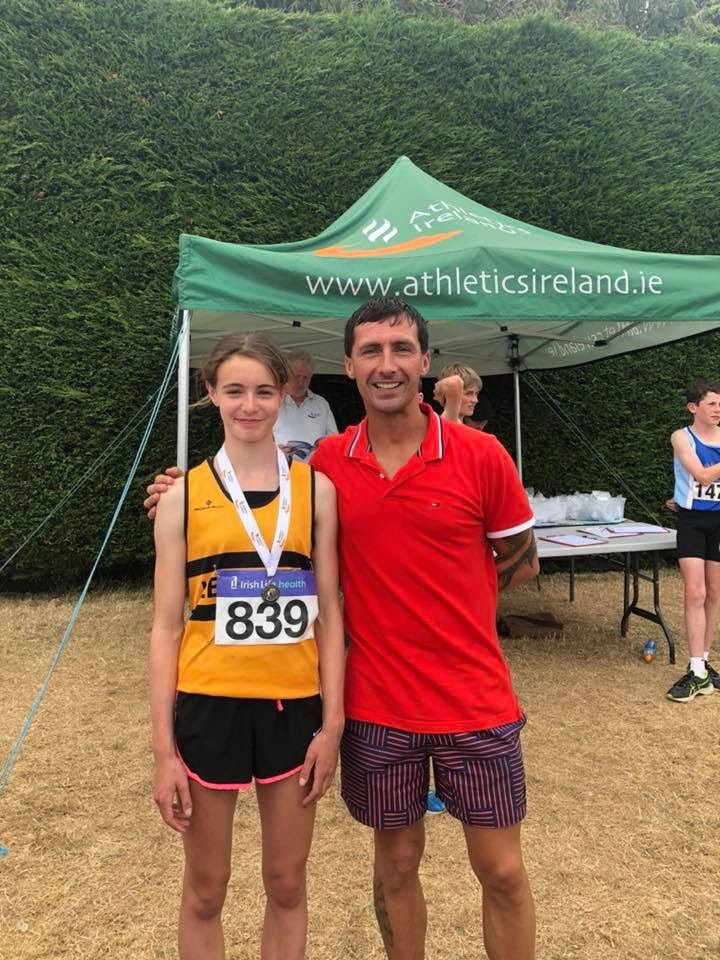